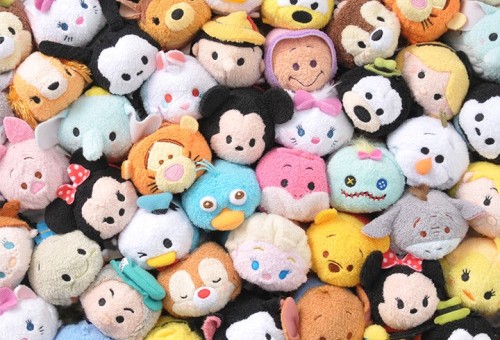 Tsum tsums, pins, stuffed animals, pressed pennies, Disney Infinity figures…Chances are if you’re a Disney fan, you collect something. If you don’t collect something, you own at least one piece of Disney merchandise and have been tempted to expand or you know someone who collects and have never quite understood their strange addiction. I own five tsums and four pins; this number always pales in comparison to people I’ve talked to whose collections fall in the high tens and even hundreds. What is the psychology behind collecting Disney merchandise and memorabilia and what are the driving factors? How does one explain the culture that surrounds acquiring various collectibles? 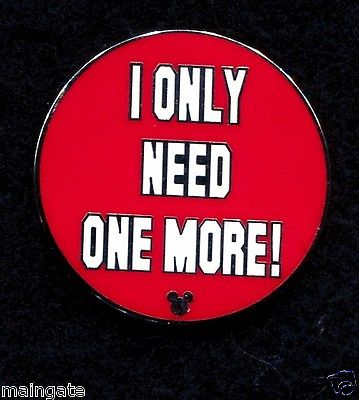 Official Disney pin poking fun at the addictive qualities of pin-collecting and trading. Image via Terapeak.com

In Russel W. Belk’s article on “Collectors and Collecting,” he explains that collections serve as an extension of one’s self and identity. This is because our possessions are manifestations of our judgement and taste. It can also be a symbolic aspect of yourself such as your heritage, childhood, or occupation. Belk provides examples from his data including an amateur musician’s collection of records and an engineer’s collection of pocket-watches. Of course, there is also the temporal aspect of collecting—the time and effort spent into acquiring certain, rare additions—where more of one’s literal self is put into a collection.

In a questionnaire sent out to a sample of collectors, Belk and his colleagues asked collectors their motivations for collecting. Many said they collect because it distracts them from negative feelings such as loss, bringing a sense purpose due to the challenge and ‘hunt’ of collecting. In addition, collecting maintains their high self-esteem by having something rare and special that others might not have. Others wrote about the communal aspect of collecting, of being able to connect with others through their shared interests of collecting. One responder who collected antique automobiles talked about the “world of friendship that is opened to other collectors around the world.” Another motivation for collecting, for those who collect objects of the past, is an intent to preserve history and create a sense of continuity for future generations. For instance, one responder who collected presidential memorabilia thought of his collection as a “real service to the country.” Others cited traditional motivations such as possible financial gains and a genuine addiction.

Indeed, many of these motivations can be readily transferred to the motivations of collecting Disney merchandise. For many, Disney represents their childhood and their love of Disney animation and storytelling. Thus, collecting Disney merchandise based on their favorite Disney movies is an extension of themselves. Furthermore, they are catapulted into this community of fellow Disney enthusiasts. Suddenly, their “strange addiction” is not so strange anymore. This explains why there are multiple “Disney Pin Trading Meetups” on meetup.com, why crowds line up for Tsum Tsum Tuesdays or Force Fridays, and why people walk around Disneyland wearing their pins like badges of honor. 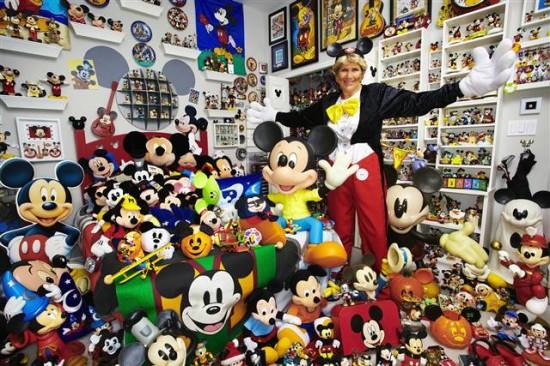 Although, there have been reported cases where collecting has been taken to another dimension. In 2008, Janet Esteves was recognized by the Guinness Book of Records as having the “Largest Collection of Mickey Mouse Items” with 2,760 different Mickey Mouse items. What distinguishes collecting as a hobby to hoarding is that collectors usually have a theme or distinct motivation for purchasing individual items. As for Esteves, she simply gathered anything and everything with Mickey Mouse imprinted on it. Hoarding is merely the accumulation of items without any rhyme or reason and without proper upkeep or display. 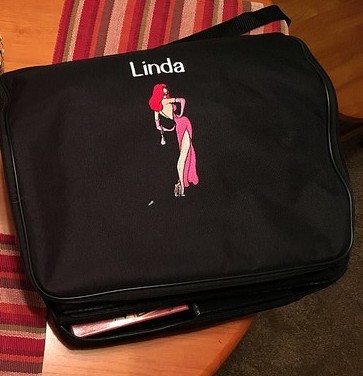 Not all collectors are as extreme as Esteves and for many, like Linda de La Riva of Baldwin Park, collecting is very much perceived as normalized behavior. De la Riva, who works at the Distribution Center for Hot Topic, has been collecting Disney merchandise for 18 years ever since she started working at the Disney Store in West Covina. Her collection includes a range of pins, mugs, tsum tsums, Vinylmation figures, popcorn buckets, name tags, and light-up ice cubes. She has a total of 9 books filled with pins, which along with her Vinylmations are double-bagged, sealed, and hidden. As a collector, De la Riva has gone through some extreme lengths to acquire rare and special items for her collection. For instance, she waited and camped out at 5:00 AM with her son at the Disney Studio Store and Ghirardelli Fountain Shop in Hollywood for a pin that she wanted. Ultimately, De la Riva attributes her collecting habits to growing up in a family of collectors who view collecting simply as an enjoyable hobby. 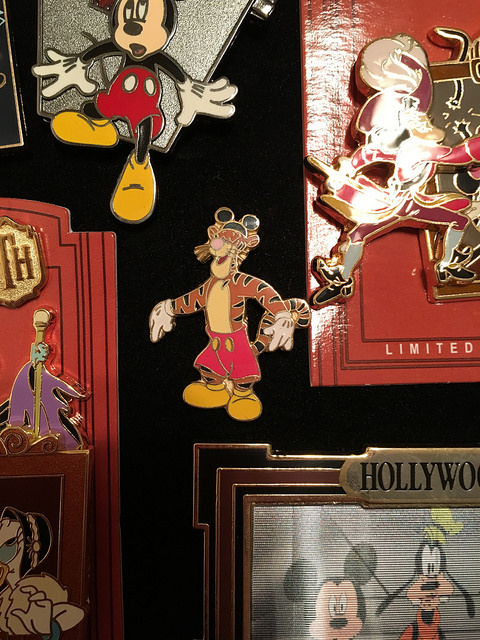 De la Riva’s most-prized pin: Tigger dressed as Mickey Mouse, which was the first pin given to her by her husband, George.

“This is how I’ve grown up. My family has collected and that’s what I was used to. I don’t really see anything odd about collecting. It’s just fun. I love the excitement I get when I open a new addition to my collection or a blind bag or box. I buy the popcorn bucket or mug to drink the drink and eat the popcorn because it makes me happy and that’s what I go for,” said De la Riva. 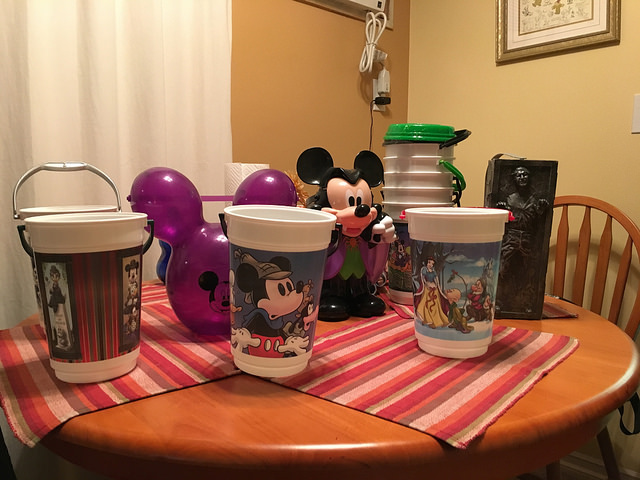 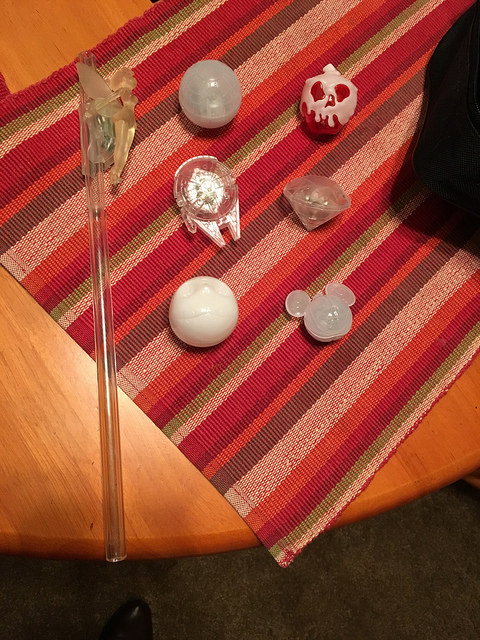 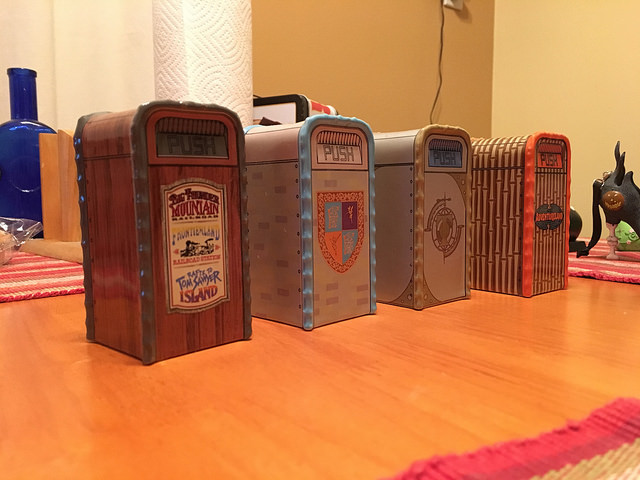 De la Riva justifies spending large amounts of money on collecting by making sure all her other financial responsibilities are met before throwing money on an item. She buys items on sale and saves up for bigger purchases.

“I don’t spend my last dollar on something though. If I can’t get it, then I won’t get it,” said De la Riva.