I recall a time a few years back where I openly despised all of Disney’s live-action remakes. Like many others, I fell into the logic that since those animated films were “classics”, they didn’t have to be touched or remade. I thought it moreover to be a ploy by the studio to squeeze even more money out of a popular title.

While I’m confident that money was a big draw for the studio to give the live-action films like “Maleficent” and “Cinderella” the greenlight, my thoughts of keeping the classic untouched was probably wrong for art’s sake.

It all came together for me when I made my way to a secret presentation that the Walt Disney Studios invited me to attend a few weeks ago in Hollywood. It was there that I and a few select press members were given an advance sneak peek at Disney’s next live-action remake “The Jungle Book”.

Director Jon Favreau (“Iron Man”) and VFX supervisor Rob Legato (“Avatar”) were on hand to show us a few scenes from the still-to-be-completed film. We were introduced to Bagheera (Sir Ben Kingsley), Shere Khan (Idris Elba), Raksha (Lupita Nyong’o) and newcomer Neel Sethi, who’ll lead in the role of Mowgli. We also got see the environments that these characters lived in: the wild jungles in Southeast Asia. 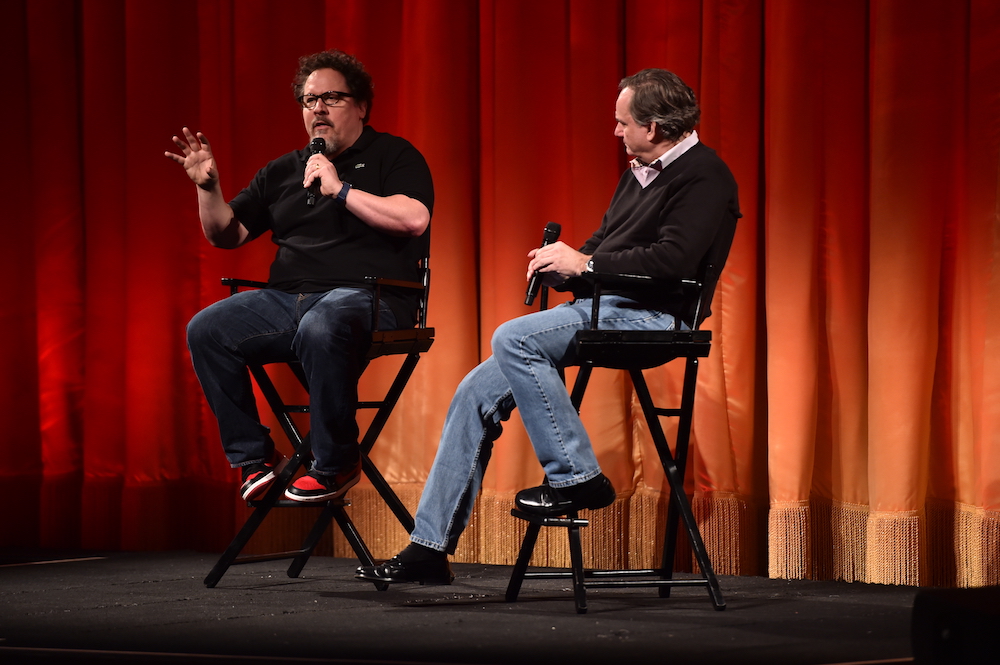 The characters and the jungles they inhabit should be familiar to those who recall the 1967 animated film, but what shouldn’t be familiar is the look and feel of each of the things you see on screen. That was the whole point and direction that Favreau wanted to take the remake.

“We embrace the mythic qualities of [Rudyard] Kipling [and his original book] in the more intense tonal aspects of the film,” he said. “But we left room for what we remember from the ’67 film and sought to maintain those charming Disney-esque aspects.”

Those Disney-esque aspects include the music and the characters.

What they left room for was the technology that created their version of the Indian jungles. The filmmakers relied heavily on their visual effects teams to create technology that create a setting and characters that nobody had seen before for a live-action film. The combination of world-class artists and technologists resulted in the creation of a “photo-real” world.

You might have heard of photorealism before. The technique was mostly recently used in creating the scenery for Pixar’s “The Good Dinosaur”, where animators used real U.S. Geological Survey data of terrain as inspiration. For “The Jungle Book”, digital artists looked at photos and video of the real Asian jungles and animals in them to inspire their the film. And much like John Lasseter’s view on technology in film, Favreau wanted to create something where “the audience gets to forget that it’s there.”

To accomplish that, VFX teams lead by Legato, combined three types of filmmaking techniques: animation, motion-capture, and tradition live-action capture. The results of that blend was something that I very much hadn’t seen before, where the lines of what’s real and what’s not were very much hard to find. I wish there was a comparison film that has been released that I can compare to, but there simply isn’t one. 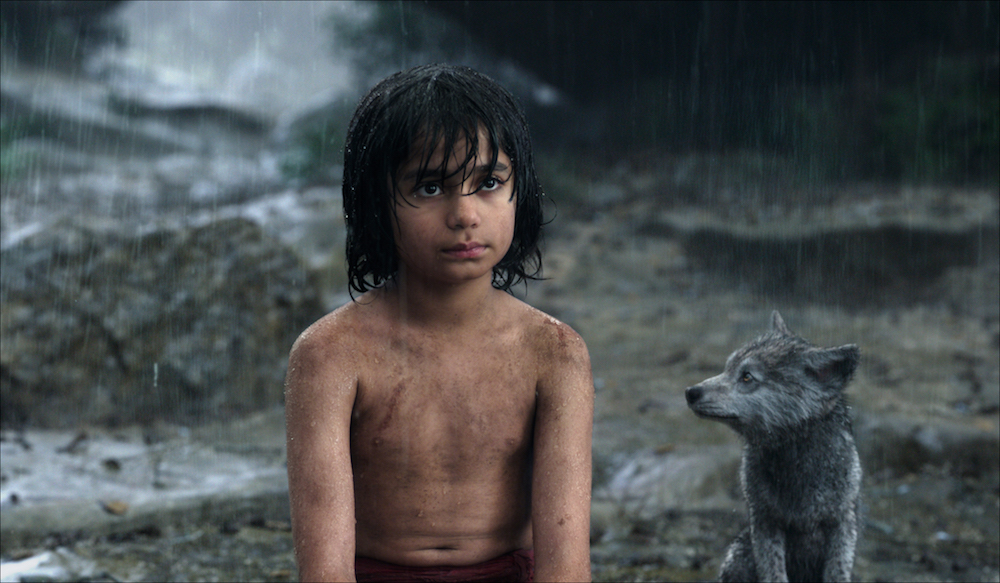 I hope the above picture gives some insight into what I mean. It’s worth noting that the only real thing in the photo (and for the entire movie for that matter!) is Mowgli. Everything around him was digitally created with the utmost artistic care and digital precision. It was all shot on a large soundstage in Los Angeles that was empty aside from a huge green screen and small props. “We could only get the full picture [of what we were creating] when we looked at a monitor, which showed the digital set in real-time,” Favreau said.

More than a few years of shooting, drawing, and motion-capturing later has led to a film that will pull you into it and where you’ll be fine with it.

“The audience will feel the grandeur of the Indian jungle,” said Legato. “That’s part of the fun of going to the movies – seeing a place you’ve never seen before. Living it. Walking through it.” That was very how I felt when I saw the bits of footage. I was immersed in this new world and it probably helped that we were watching it all with a new projection technology that was created specifically for this film.

While that projection technology won’t be as widespread as Favreau had hoped due to its new-ness, I think we can agree that even the projection is only heightening the amazing visuals that were handcrafted for any generation’s enjoyment. Favreau said, “In our version, if you’re a Disney fan, you’ll notice attention to detail that honors the film’s legacy. If you’re a kid seeing The Jungle Book for the first time, you might forget to eat your popcorn. It’s going to be a great ride.”

From what this Millennial has seen so far, I can vouch and applaud the filmmakers for having already met that enjoyment goal for me. I’m very openly excited to go along for the full ride with Mowgli and friends for an epic trip around the jungle. 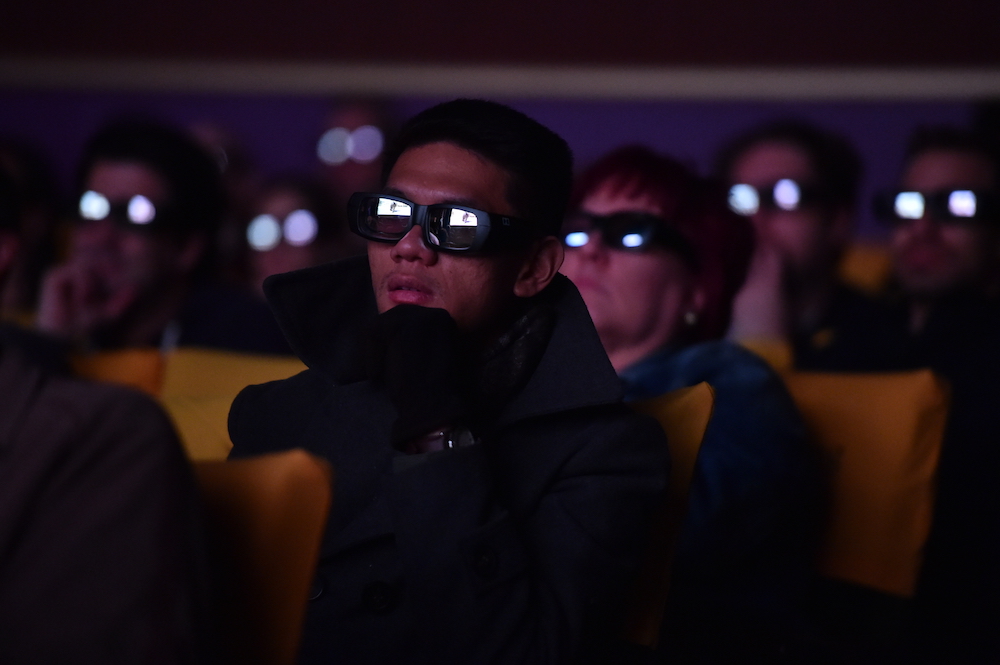