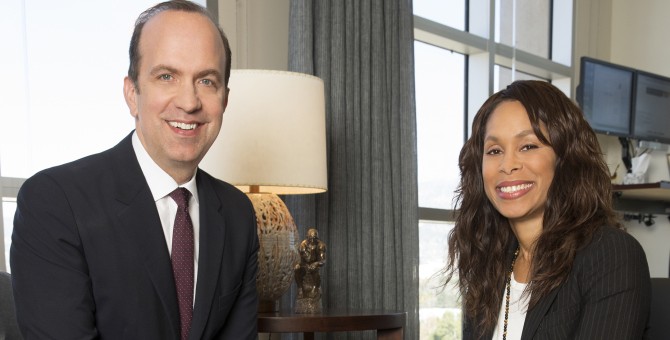 Just last week, Disney-owned ABC Network named their new president of entertainment – Channing Dungey. Channing takes over for Paul Lee, who served ABC in the role for six years and helped develop hits like Modern Family and Once Upon A Time during his tenure.

Lee’s reason for departure was highly contested with multiple outlets reporting slightly differently worded reasons for his leave. It’s almost the same number of people who have cited online that his replacement was hired due to her ethnicity.

That is certainly not the case, according to Disney/ABC Television Group president Ben Sherwood and Dungey herself.

“I know we’re in the entertainment business so I get that the drama makes a good story, but that’s overblown. Paul and I worked together here for six years and we got a lot of stuff done together. He did great things for ABC but it was time for a change,” said Sherwood in an interview with Variety. “We’re focused on reaching audiences in new and innovative ways and that’s what Channing is all about. She’s about creativity and collaboration and innovation, and she’s also a smart, intuitive businesswoman, so right leader, right time.”

Dungey was executive vice president, Drama Development, Movies & Miniseries, ABC Entertainment Group prior to her promotion. She was vice president, Drama Development, ABC Studios before that. She developed a working relationship with the most famous ABC showrunner Shonda Rhimes, who currently owns ABC’s Thursday block of programming that includes “How To Get Away With Murder” and “Scandal”. Her various roles and creative involvement made her quite popular with showrunners and with talent who ultimately want to do those shows.

Her leadership and people’s humbleness and respect to give it to her are just products of her spirit to create and empower her creative teams, not because she was black. In fact, when asked what it means to be the first African-American to lead a major TV broadcast network, she answered to that point.

“People have said, “How does it feel to be a role model?” and I’ve always considered myself to be a role model to my daughter, which is first and foremost for me,” Dungey said. “But I do feel that if in this new role I encourage women of color to pursue careers in entertainment and along those lines, that for me is going to feel really rewarding and very satisfying.”

Dungey clearly puts her race in secondary importance, if at all. Nevertheless, she still states that she wants to be a role model and leader to her fellow minority members now that she’s in a position of even more power and influence within the entertainment industry.

ABC already has some of the most diverse programming slate to date. Shows like “Fresh Off The Boat” and “Blackish” prove that both networks can take the risk and audiences will ultimately want more. Will that continue to make ABC the most diverse network?

I think most likely. “The whole network is rooting and rallying behind her,” Sherwood concluded.