After the cameras turn off inside the Dolby Theatre once the Oscars telecast ends, the celebrities and select VIPs are then invited to take part in many after-parties. While there are some big ones hosted throughout Hollywood, the most coveted and exclusive party is the official one hosted by the Academy.

Since the first one was held, the Governors Ball was always known as a classy place for the winners, not winners, and special guests could wine and dine the night. It has been the party of choice for Oscar-goers during the festivities for over six decades and has hosted stars from John Wayne to Walt Disney.

Walt was a big winner and possibly might have attended many Balls during his lifetime, but apparently there are no photos of Walt attending a Governors Ball. Nevertheless, we were able to work with our friends at the Academy of Motion Picture Arts and Sciences to be able to show what the Governors Ball was like in the years that Walt won his Oscars. 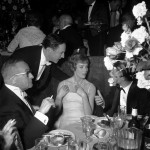 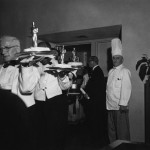 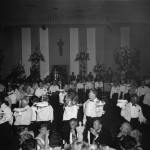 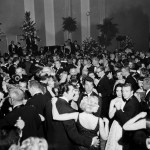 While many years have passed since those Balls, lots of things have remained the same, including the level of detail, service, and exuberance that must come with being called the official Oscars after-party. 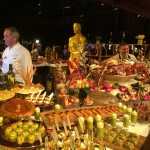 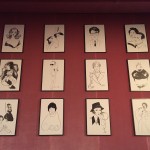 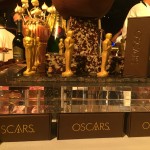 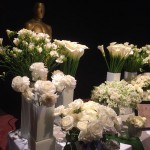 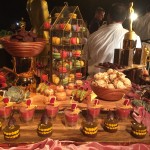 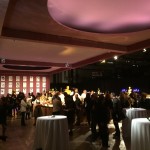 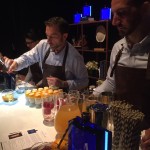 This year’s Governors Ball will feature the finest drinks provided by world-class vendors, many of which will be returning to service the stars again for another year. Another returning vendor is Master chef Wolfgang Puck who is providing the extravagant menu of foods, including dessert!

Decor will also be to its utmost glamour with this year’s “art” theme backdropped against satin pink fabric walls and and shiny brass materials.

With all the same pizzazz and classy atmosphere that still marks even today’s Oscar after-parties, we’re thinking Walt would have felt right at home with his fellow winners in today’s Governors Ball.