Disney Cruise Line, already well-known for their excellent service and great entertainment, has announced today that they are planning to build not one, but two brand new ships!

Bob Chapek, Chairman of Walt Disney Parks and Resorts, points out how these plans come right on the heels of other Disney parks news, saying, “the expansion of Disney Cruise Line only adds to our excitement for the unprecedented growth taking place across our vacation destinations, from new Star Wars experiences coming to the Walt Disney World and Disneyland resorts to the 25th anniversary of Disneyland Paris and the grand opening of our newest park, Shanghai Disney Resort.” 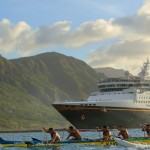 As part of Disney Cruise Line 2015 fall itineraries, the Disney Wonder will sail to Kiwiliwili on the pristine, mountainous island of Kauai, Hawaii. (David Murphey, photographer) 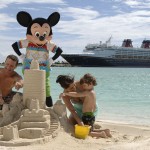 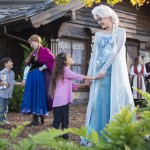 In a Port Adventure like only Disney can do, Anna and Elsa join a traditional Norwegian summer celebration for their first appearance in the land that inspired their story. As part of the Disney Cruise Line Northern European summer season, the Disney Magic sails to Ålesund, Norway. (Concept photo: David Roark, photographer)

Disney Cruises are indeed a unique sort of Disney Parks experience, and with the addition of two new ships the company aims to make even more magic happen.

Bob Iger, Chairman and Chief Executive Officer for the Walt Disney Company, comments on how the cruise line creates experiences that go beyond borders, saying, “we pride ourselves on the unforgettable vacation experiences we deliver to our guests each and every day, and the expansion of our Disney fleet will allow us to create even more magical memories for families at sea and in incredible cruise destinations around the world.”

Each ship is planned to weigh 135,000 gross tons and include 1,250 guest staterooms. Plans and names for the ships have yet to be announced, but with Magic, Wonder, Dream, and Fantasy already taken, one can only speculate on how Disney will name these ships until 2021 and 2023, the official ships’ completion date.