Many people (including me) are highly anticipating the release of Star Wars: The Force Awakens on Blu-ray/DVD combo pack, mainly because of the bonus features. The trailer for the in-home release showed an amazing behind-the-scenes look at the making of Episode 7. 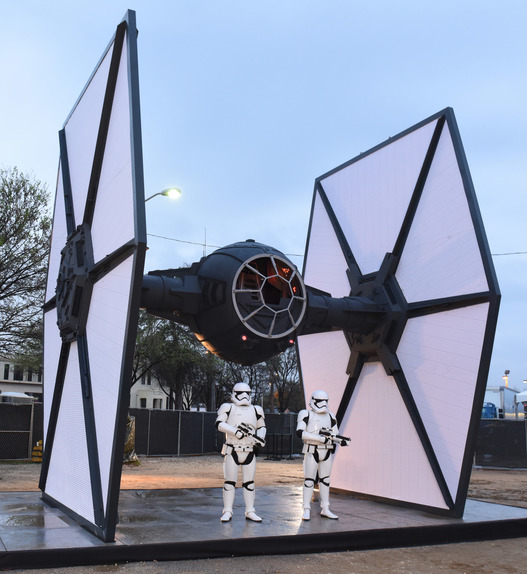 The First Order lands at this year’s SXSW Festival in Austin, TX.

For those attending this year’s SXSW festival in Texas, you’ll have the chance to be the first people to watch a large portion of the bonus features in the feature-length documentary. “Secrets of The Force Awakens: A Cinematic Journey” will have its own premiere as part of the festival offerings on March 14, with special guests sound editor Matthew Wood and co-producer Michelle Rejwan.

No additional details were announced regarding how long or what types of things the documentary will show, but chances are that a lot will be revealed to satisfy film buffs and Star Wars fans.

For those who can’t make it out to the festival, you’ll just have to wait a few more weeks afterward to see the documentary for yourselves. Remember that the full doc will be part of the bonus features on the digital HD copy and Blu-ray/DVD Combo Pack available April 1 and April 5, respectively.