It is clear that the Walt Disney Animation Studios has seen major box office hits for the past couple of years, and with the huge success of Zootopia it doesn’t look like success will be stopping any time soon. A very prominent reason for this success is the talented Jennifer Lee. If you do not remember who this woman is then let me just say one word to remind you: Frozen.

Lee was the writer and co-director (with Chris Buck, known for Tarzan and Surf’s Up) for the wildly popular Frozen, which spread world wide and still to this day isn’t cooling off any time soon! She also did the screenplay for Wreck-It-Ralph and helped come up with the story concept for Zootopia. She is the first writer at any major studio to become a director, and the first female director for Walt Disney Animation Studios. 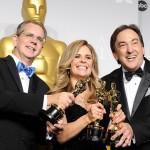 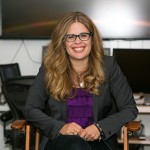 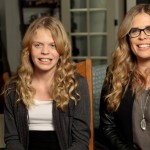 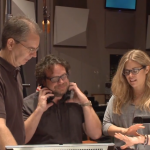 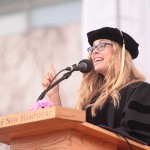 Not only has Lee made history for bringing women to the forefront of animation, she has created storylines and characters that really empower the female audience. Throughout all the feature films that she has been involved with, we see strong female characters that show us that people can be whoever they want to be, regardless of what is expected of them.

In Wreck-It-Ralph we see Vanellope von Schweetz, who is a glitch in Sugar Rush but turns out to be so much more than that. This quirky, scrappy girl shows that anyone could reach their goals, and that was such an important theme in Wreck-It-Ralph. Vanellope never plays by the rules that were set, and always plays to the beat of her own drum. She isn’t poised or girly; she always speaks her mind and believes that she could be a great racer! 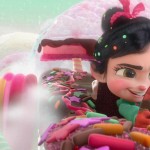 Anna and Elsa are two of the most popular female Disney characters at this time. Frozen became a real game-changer for Disney, not just because of its popularity, but because it presented a storyline that wasn’t about winning the prince at the end of the movie. Frozen was a tale about sisters, and finding oneself. Anna and Elsa are two of the strongest female leads that Disney has ever seen. They are so complex with their tenacity, vulnerability, and yearning for that sibling connection and to protect one another. From the music to the screenwriting, it is a movie that will always warm your heart no matter how many times you watch it. 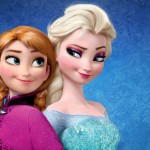 The recent Zootopia has dominated the box office since its debut on March 4. This tale tells the story of a first-ever bunny cop named Officer Judy Hopps who tries to prove her worth in the police force. While she goes on a mission to find a missing weasel along with a sly-talking fox, she unveils an issue that goes beyond missing mammals. Judy Hopps has to be one of my favorite Disney characters ever created. The odds are stacked against her, yet she tries to succeed no matter what. She tries to push the boundaries and show that it isn’t about who you were born as, but what you do that makes you who you are. 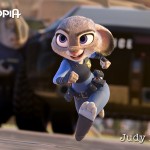 Lee is also a big part of Disney’s new Dream Big, Princess campaign, for which she wrote a letter detailing her love for Disney, saying, “I feel so lucky to be able to bring my dreams to Disney, especially because it was Disney who taught me to dream big…It’s been such an honor to contribute to Disney’s canon of powerful heroines.”

Jennifer Lee is almost like the fairy godmother of female power in Disney animated films. Since she has entered the Walt Disney Animation Studios she has been involved and created some incredible movies that show that females are more than just a princess waiting to be saved by her prince charming. She shows audiences that these female characters have goals, moxie, and break the roles that society has set for them. She shows us that there is a lot of girl power that will just keep getting bigger and better.