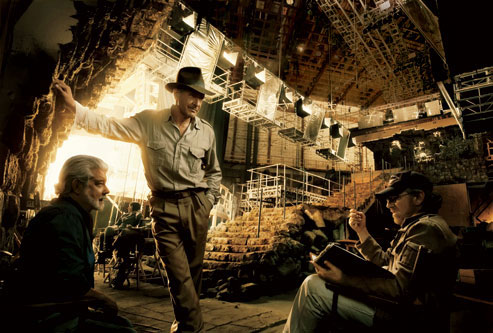 After many years of rumors, The Walt Disney Studios announced this morning that another Indiana Jones movie will be released on July 19, 2019. Harrison Ford (not Chris Pratt) will reprise his role as the famed archeologist and director Steve Spielberg will return as director.

Other Lucasfilm creators like Kathleen Kennedy and Frank Marshall will produce the as-yet-untitled film.

No other casting or storyline information was announced as the film is still in its very early stages of production.

It will be the fifth film in the franchise that has already amassed nearly $2 billion at the global box office. It will also be the first Indy film under the Disney brand name.

“Indiana Jones is one of the greatest heroes in cinematic history, and we can’t wait to bring him back to the screen in 2019,” said Alan Horn, Chairman, The Walt Disney Studios in a statement. “It’s rare to have such a perfect combination of director, producers, actor and role, and we couldn’t be more excited to embark on this adventure with Harrison and Steven.”