It seems as if the excitement with Star Wars: The Force Awakens hasn’t died down. In fact, it continues even today with today’s release of the Digital HD copy of the film!

The digital copy (and Blu-ray/DVD combo pack available April 5) are packed full of bonus features that contain lots of things you didn’t see in the film, namely the behind-the-scenes footage.

A lot of that footage is included in the full-length documentary that’s included as a bonus. Secrets of The Force Awakens: A Cinematic Journey chronicles the journey of the making of the film, from the Lucasfilm purchase by Disney back in 2012 all the to the wrap of production in 2015.

Here are a few of those facts that were once secrets surrounding the film! 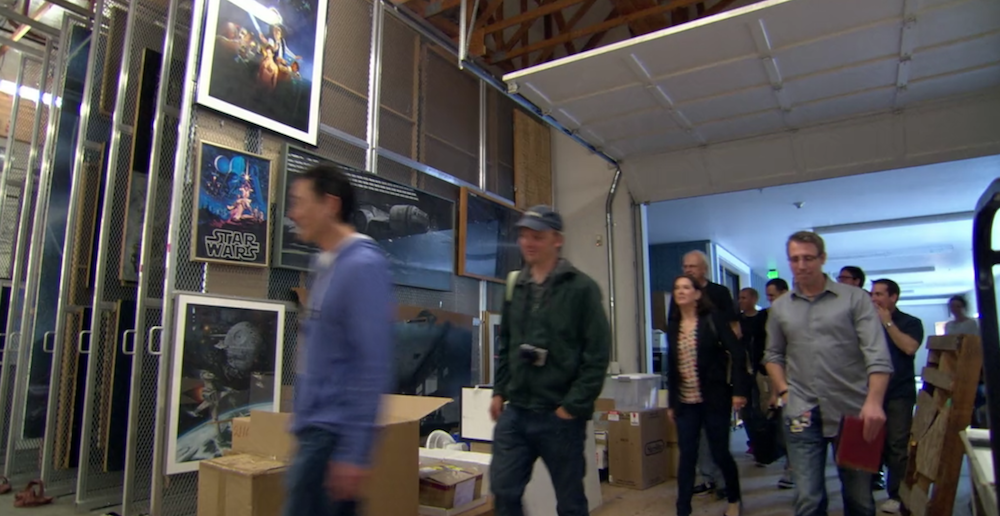 Similar to how animated films are made, George Lucas started the department with the original saga to help visualize the story early in development. 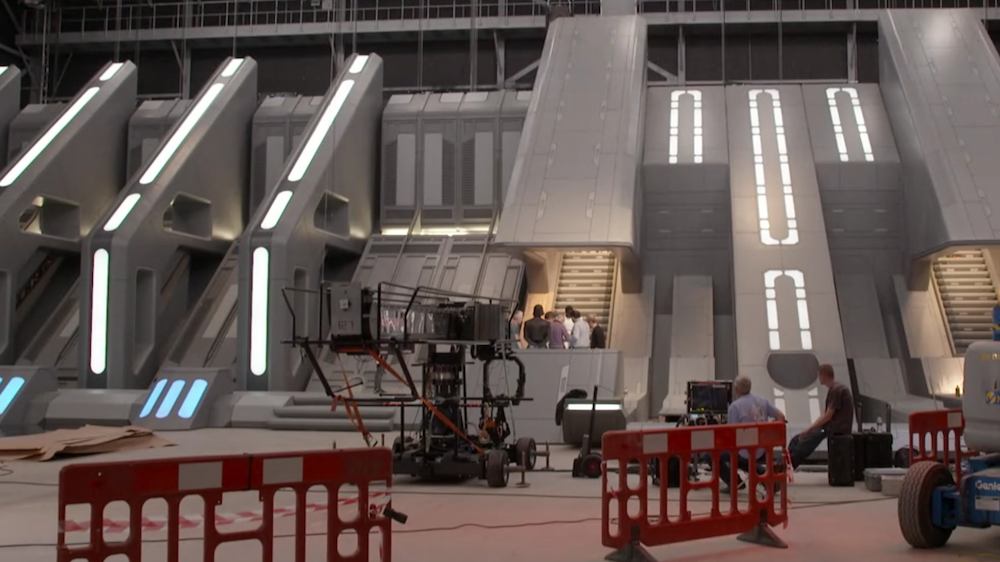 Many of them from camera, art, and set design, all quickly said yes. If they weren’t available, many of their sons and daughters who entered the industry were invited to help.

3) The aliens seen in the film were hand-selected by J.J. Abrams to be included (or be rejected) 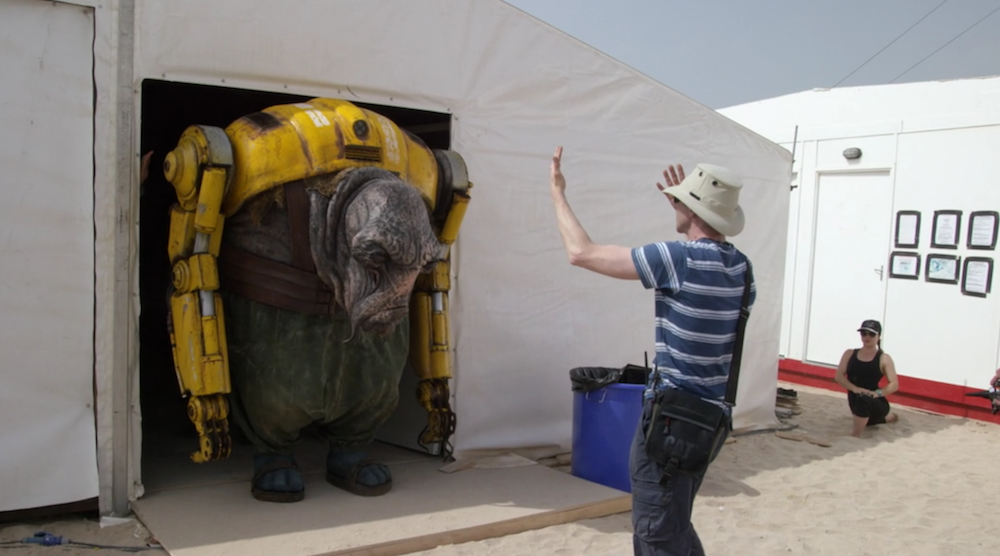 Lucasfilm’s Creature Department headed by famed creator maker Neil Scanlon had to “impress J.J.” with their creations. About 1/2 of the creatures they created weren’t selected.

Jakku is actually the desserts of Abu Dhabi in the Middle East. Amid 120+ degree temperature, the huge sets were transported to the locations and were made to look like they were part of the environment for years.

According to Oscar Issac, he was sick of dying in films early in the previous movies he starred in. He complained to J.J. and a change was made late to the final story to allow Poe to live. 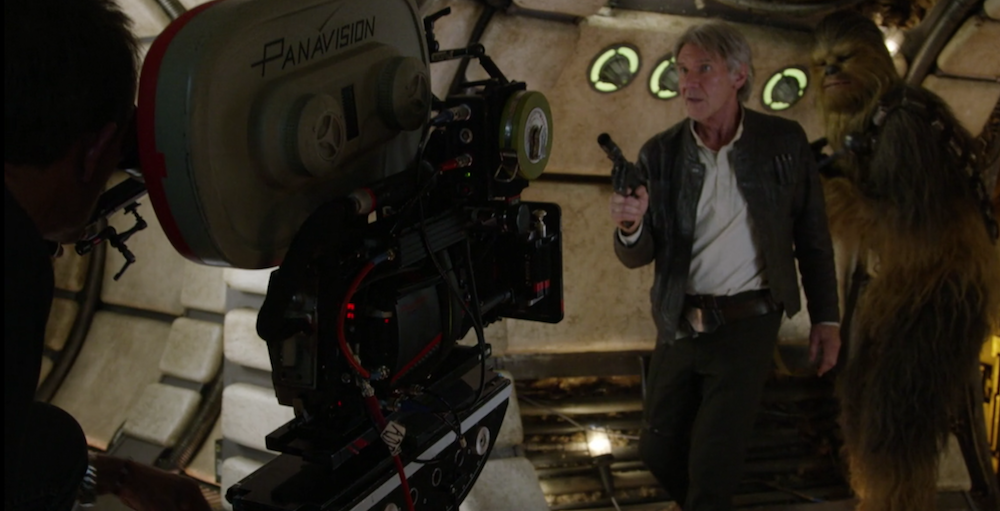 That famous scene was when Harrison Ford and Peter Mayhew appeared and said “Chewy, we’re home.” Kathleen Kennedy wanted to have as little amount of people on set whenever possible, but she let the rule slide just this one time.

While Kathleen Kennedy was at Star Wars Celebration in Europe back in 2013, she was befriended by hobby droid makers who approached her and offered their help on the film. They received emails a few months later and were hired.

Director J.J. Abrams said he wanted to show that the golden droid had been through a lot and “lost a limb like he did in the previous saga.” While many said that there was a plot hole when in the last scene you see him with his standard gold arm, Abrams insists that it was just replaced once everything was settled in the end.

BONUS: You can actually read about how C-3P0 lost his arm in a Star Wars comic book coming out soon. 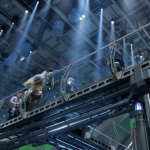 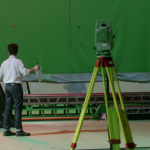 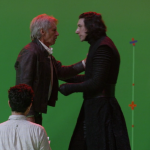 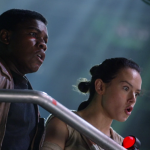 Writer Lawrence Kasdan said that he and Abrams bounced off the idea for a while before they made the decision. The purpose in Han dying was ultimately to hand off the saga to the new generation of characters in Rey, Finn, and Poe.

“You can’t have that generational handoff without cost,” said Abrams.

10) You’ll need to watch the rest of the documentary 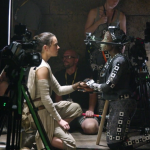 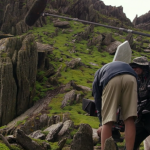 Who are we to tell you all the facts stuck in the documentary? Star Wars is all about no spoilers, so you’ll have to watch it yourselves. Sorry, not sorry.