Ask any Disney fan and they’ll tell probably be able to tell you their favorite thing about Disneyland, whether it be food, attractions, or maybe even just the experience of being there.

Perhaps the truly greatest part about Disneyland, however, is that it constantly changes – but these latest rumors may prove to be the most controversial alteration to the park yet.

Related to the many already confirmed Frozen-themed attractions like the new Frozen-inspired show and WDW’s Frozen ride, it was only a matter of time before a whole Frozen land would be planned. Indeed, while nothing is confirmed yet, rumors have it that this change might be coming soon, and released concept art that may show what a Frozen-inspired land in DCA might look like. 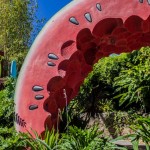 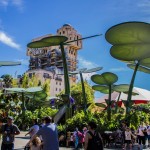 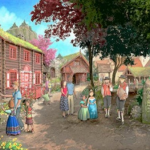 Concept art of what Frozen land might look land if Frozen land becomes real – April Fools! These are actually concept art pieces from the Frozen-themed ride in WDW. [http://thedisneyblog.com/2015/08/19/new-concept-art-from-epcots-frozen-attraction-in-norway/] 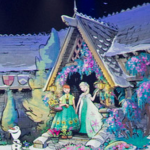 More concept art on what Frozen land might look like, as taken from the concept art of the WDW ride. While there isn’t a Frozen land, there is still indeed a Frozen-themed ride! [http://thedisneyblog.com/2015/08/19/new-concept-art-from-epcots-frozen-attraction-in-norway/]

Latest rumors say that the new land is to take place of A Bug’s Land, and might be open around the release date of Frozen 2. Fortunately for Frozen fans, this may mean many more Frozen-themed attractions in southern California! Olaf, Sven and all their friends may be seen walking around the park soon.

Of course this does mean that we might be saying goodbye to giant four-leaf clovers and hello to the icy villages taking their place. Like many other Disneyland attractions that have come and gone, A Bug’s Land may soon just be a distant memory – but, thankfully, in it’s place, we’ll have even more Frozen Fun. So be sure to take your last trips to A Bug’s Land soon, and keep your eyes peeled for more news about this exciting new development!