For all you Harry Potter fans out there, you might know that a little something is happening at Universal Studios. If you have been living under a rock, and haven’t seen any kind of promotions for this “little something” let me break the news to you right now: the Wizarding World of Harry Potter is opening this week! While this is DisneyExaminer and not HarryPotterExaminer, it is only fit that we have a Disney twist to this Harry Potter news. In honor of this new park, we will be sorting the Disney Fab Five into Hogwarts Houses! 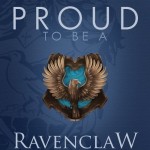 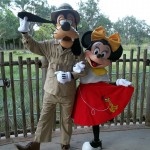 Ravenclaw is all about intelligence, wit, creativity and knowledge. Throughout the Harry Potter series, key characters like Luna Lovegood, Cho Chang, Professor Sybill Trelawney, and Garrick Ollivander were part of this house. Out of the Disney Fab Five I would say that both Minnie Mouse and Goofy would be sorted into Ravenclaw. Minnie has the intelligence to be part of this house, while Goofy has that quirky personality that would make him lean towards the creativity that many Ravenclaw students have. 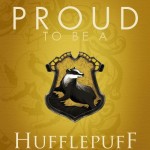 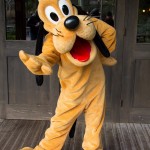 Though this house is somewhat understated throughout the series, being a Hufflepuff is very rewarding. Being in this house means that the person values loyalty, equality, hard work, friendship and dedication. Characters like Cedric Diggory and Nymphadora Tonks were Hufflepuffs! With all that said, Pluto is the obvious choice for being sorted into Hufflepuff! Although he is considered a “pet” he shows a lot of dedication and is one loyal dog. 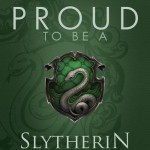 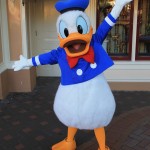 Now I know that when people all think of Slytherin, many think “EVIL,” but being a Slytherin doesn’t mean that you are a horrible person. People sorted in this particular house value ambition, cunningness, and resourcefulness. Even though their are  many bad apples that derived from Slytherin, these people are some of the most memorable characters that audiences were excited to read about! In Slytherin you’ve got Voldemort, Draco Malfoy, Bellatrix Lestrange, and Dolores Umbridge, to name a few. Donald Duck is the Disney character from the Fab Five that would closely exemplify a Slytherin: he does have a temper, and when he wants something he doesn’t stop until he gets his way. 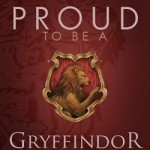 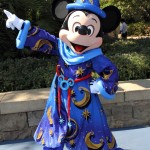 Surprise, surprise, surprise. I know you know that Mickey Mouse would be sorted into Gryffindor…duh! Gryffindor exemplifies bravery, chivalry, and taking risks. Notable Gryffindors are Harry Potter (of course), Hermione Granger, the Weasleys, Remus Lupin, Professor Minerva McGonagall and loads of other characters that we all love! Being sorted into this house meant that you were made to be a leader in some shape or form. As Harry Potter is to Hogwarts, Mickey Mouse is to Disneyland.

So there you have it! The Disney Fab Five sorted into Hogwart’s Houses. Whether you are a Harry Potter fan or Disney fan, one thing is for certain: both of these franchise really do make us believe in magic!