Anticipation is mounting for Jon Favreau’s masterful and ingenious adaption of The Jungle Book which hits theaters next week. With an all-star cast featuring Idris Elba, Ben Kingsley, Bill Murray, Scarlett Johansson, Lupita Nyong’o, and Giancarlo Eposito, this version of Rudyard Kipling’s The Jungle Book is sure to be a defining feature film for children and adults of this generation. With all of the hype surrounding the film, it is hard to not think about Disney’s original 1967 animated adaption when looking at this newer take on a classic story. 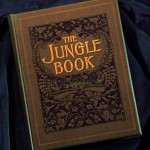 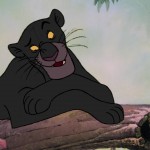 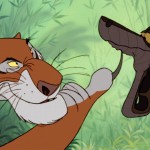 Over 48 years ago, Disney’s The Jungle Book released in theaters and amazed audiences with its fun and zesty take on Kipling’s darker tale about a young boy named Mowgli who was abandoned in the jungle and then raised by wolves. Due to the growing threat of the man-eating tiger Shere Khan, Mowgli’s family decides that he would be safer among humans in a village. Mowgli reluctantly leaves his only home, aided by Bagheera the panther and Baloo the sloth bear, and faces the many dangers that lie within the jungles of India.

The Jungle Book became one of Disney’s most iconic and prolific films released by the company, spanning an animated sequel released in 2003, two live action adaptions, and two animated television series, TaleSpin and Jungle Cubs.

A vibrant, joyful film like The Jungle Book resonated with audiences due to the comedic overtones and delightful animation, but it was the voice cast featuring iconic actors of the 1960s that really brought attention to The Jungle Book. During the time The Jungle Book was being created, it was not entirely common for big-name actors to lend their voices to animated works. With stars like Sebastian Cabot as Bagheera, George Sanders as Shere Khan, and Sterling Holloway as Kaa, there was a strong draw to see what these performers would be able to accomplish as animated characters. The Los Angeles Times called Phil Harris the “scene-stealing star” as Baloo due to his stellar performance as the carefree and lazy bear, and Louis Prima also received plenty of praise as the energetic hippie King Louie. 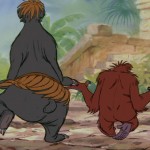 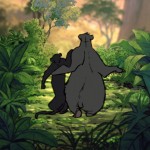 Songs featured in the film like “The Bare Necessities” written by Terry Gilkyson and “I Wanna Be Like You” by Robert and Richard Sherman charmed audiences with their peppy and catchy tunes, made all the more enjoyable by Phil Harris and Louis Prima who truly encapsulated the vibrancy of Baloo and King Louie in their respective songs.

The Los Angeles Times gave The Jungle Book a glowing review during its premiere, saying it was “very, very good Disney indeed, and nobody needs to say a great deal more.” The New York Times held the film in similar regards, calling it “simple, uncluttered, straight-forward fun” that children and families would enjoy.

Among the praise reviewers were giving The Jungle Book, however, was some criticism. LIFE Magazine seemed to be unimpressed by the lack of respect paid towards Rudyard Kipling’s original series of short tales about Mowgli. But even with their issue towards the change in the story, something Walt Disney Animation Studios had already done to fairy tale classics Cinderella, Snow White, Alice in Wonderland, and Peter Pan, LIFE also had plenty of praise, declaring it Disney’s best since Dumbo.

It is no surprise how the film grew into such an iconic franchise that people love even now considering how audiences fell in love with the jovial way The Jungle Book‘s story unfolded. That spirit has carried on into the many spin-offs and adaptions, and Favreau’s take on The Jungle Book is sure to amaze moviegoers around the world just as its predecessor did in 1967.