As the release of Captain America: Civil War looms closer, the hype surrounding the latest Marvel film has been at an all-time high. The debates about #TeamCap versus #TeamIronMan are getting heated as fans choose their side, but what is each side all about?

This week we will be covering Iron Man’s side of things, specifically Tony’s reasons for facing off against Captain America.

Following the battle against Ultron in Sokovia, the Avengers are faced with another major incident – a massive loss of innocent lives. The world’s governments feel this was the end of the line for the Avengers and decide to regulate all superheroes who have been acting independent after the fall of S.H.I.E.L.D., but this decision divides the Avengers into two factions. Iron Man, played by Robert Downey Jr., supports the accord to leave it up to governing bodies to decide when the Avengers, and any other superheroes, are deployed in order to avoid the loss of more innocents due to the massive power the superheroes wield. Captain America, played by Chris Evans, is against the initiative because he fears what could happen if a government body keeps them from helping people in need, or if a government becomes corrupt.

In accordance with the document at hand, I hereby certify that the below mentioned participants, peoples, and individuals, shall no longer operate freely or unregulated, but instead operate under the rules, ordinances and governances of the afore mentioned United Nations panel, acting only when and if the panel deems it appropriate and/or necessary.

As they say, “with great power comes great responsibility,” and Tony is trying his best to be responsible after years of creating his own enemies and problems.

Tony Stark used to be a proud, self-centered man but over the years he has seen what his narrow-mindedness has done to others. Weapons that his company created were not only being sold to the United States military, but also to terrorists and enemy nations. People he treated horribly found ways to get their revenge and dragged the rest of the world into the chaos. Tony even feels the guilt of creating Ultron weighing on his shoulders due to the hundreds of thousands of people who were left injured, homeless, and dead in Sokovia. 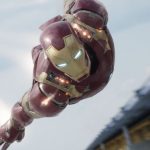 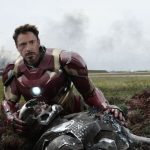 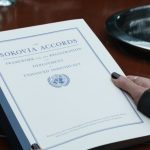 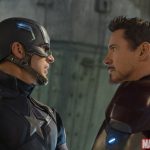 It is no surprise that Tony feels the need for the Avengers to operate under an authority that can control them in the event that they overstep their bounds. There have been too many times they have been left unrestrained, leading to them using their powers in an aggressive manner and resulting in the loss of innocent lives, or the creation of a weapon that could put the entire world in danger. The more regulation placed on heroes, the more accountable they will be for their actions.

Lives can be saved, enemies can be taken down, and it will all be sanctioned under the United Nations. In the event of stepping out of line and causing more destruction than necessary, the heroes will be held accountable for their actions and face punishment for them.

While Tony’s reasons for wanting to sign the Sokovia Accords is justified, there is a major flaw in his views. What if there is an instance where human lives could be saved if the Avengers were deployed but, because of bureaucratic limitations, they aren’t sent out? What if they are ordered to go out and fight but discover that the people they were fighting against were actually innocent? Even worse, what if the people they were ordered by were actually corrupt themselves?

Regardless of the potential consequences, it’s clear that Tony Stark still has some good arguments backing up his side. If you believe that everyone, even superheroes, has the responsibility to be controlled, then you’re on Iron Man’s side.

Next week we will be covering Captain America’s side of Civil War, addressing the concerns over a corrupt government controlling the Avengers and the freedom to protect people regardless of the dangers involved with it.