Christopher Wing, Seattle “Risk Architect” at Expedia, has spent most of his career sifting through data to prevent online fraud. Inspired by the Jules Verne’s classic tale Around the World in 80 Days, Wing decided to take some time off from catching online thieves to embark on his greatest Disney adventure yet:

Go around the world to every Disney theme park in under 80 hours.

“I thought if I was going to go around the world in 80 hours, what would I want to see along the way? My affinity for Disney just clicked into place and I thought, let’s go to all the Disney theme parks,” said Wing.

An approximate map of Wing’s flights to each Disney Resort.

How does one even fathom taking on a challenge like this? For Wing, it took months of planning, organizing, and knowing beforehand that it was not going to be a ‘walk in the park.’ (In fact, he found himself running on several occasions.) It must also be duly noted that the entire trip was of his own volition; none of it was sponsored by any company.

“It wasn’t a vacation. I’ve been to all the parks before. This was more like The Amazing Race. It’s actually a challenge. A race against the clock and a personal achievement for myself,” said Wing.

Wing’s background in poring through mountains of data became useful in planning the logistics of the trip. Wing used Google Flights to plan his flights and tried as much as possible to book his rental cars and public transportation in advance. Wing factored in all the time down to how long it was going to take to wait in line to ride at least one unique attraction at every park.

As far as costs, Wing saved money by not paying for hotels during his trip and having all of his meals on the plane. The majority of the cost was directed to the flights and park admission. Wing researched meticulously to find the perfect combination of flights and he already had a Premier Annual Pass for the domestic parks. After all the research was concluded, Wing organized his entire itinerary down to the minute into a giant color-coded, Excel spreadsheet.

“The spreadsheet, which I kept in my back pocket, was like a bible. It told me where I had to be at every minute of the day,” said Wing.

A Southern California native, Wing looks back fondly at his family trips to Disneyland–back when the esplanade and DCA used to be a parking lot. Wing caught the “Disney bug” from his mother, a friend of Snow White during the ’60s. It wasn’t until high school during a backstage tour of Walt Disney World about Imagineering that Wing developed a deeper appreciation for Disney Parks and Resorts. Particularly, their commitment to detail and storytelling.

Fast forward to 2016 at the Disneyland Resort. Christopher Wing starts his journey here to visit every Disney theme park around the world and accomplish his goal to ride at least one unique attraction that exists within each park. 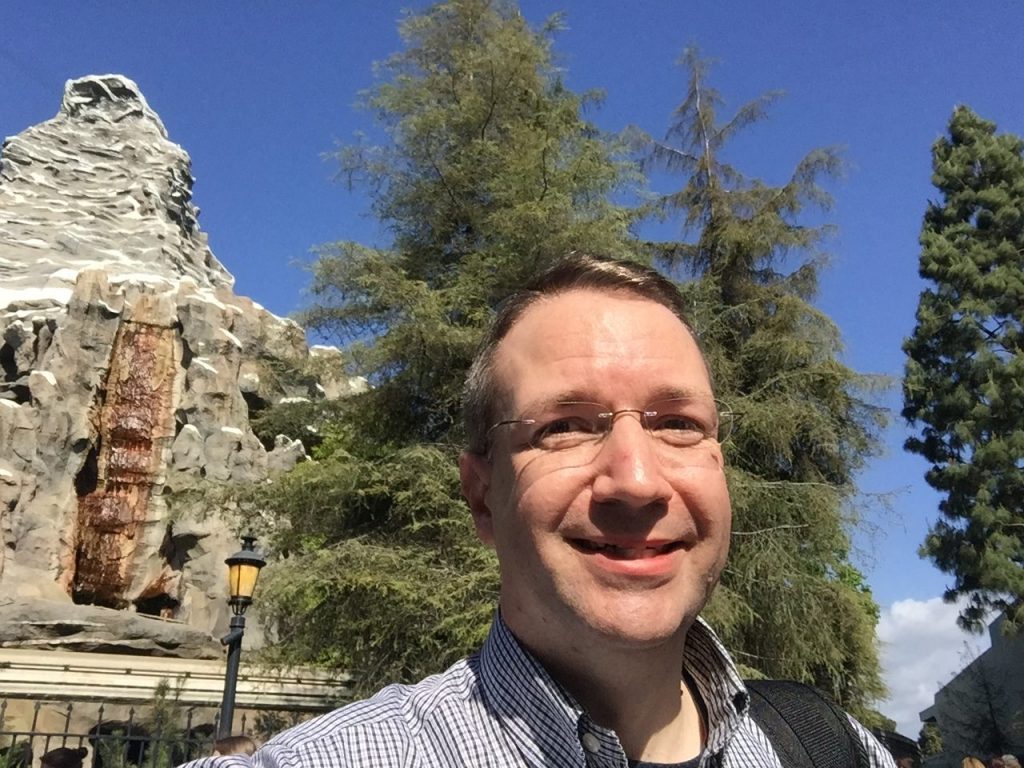 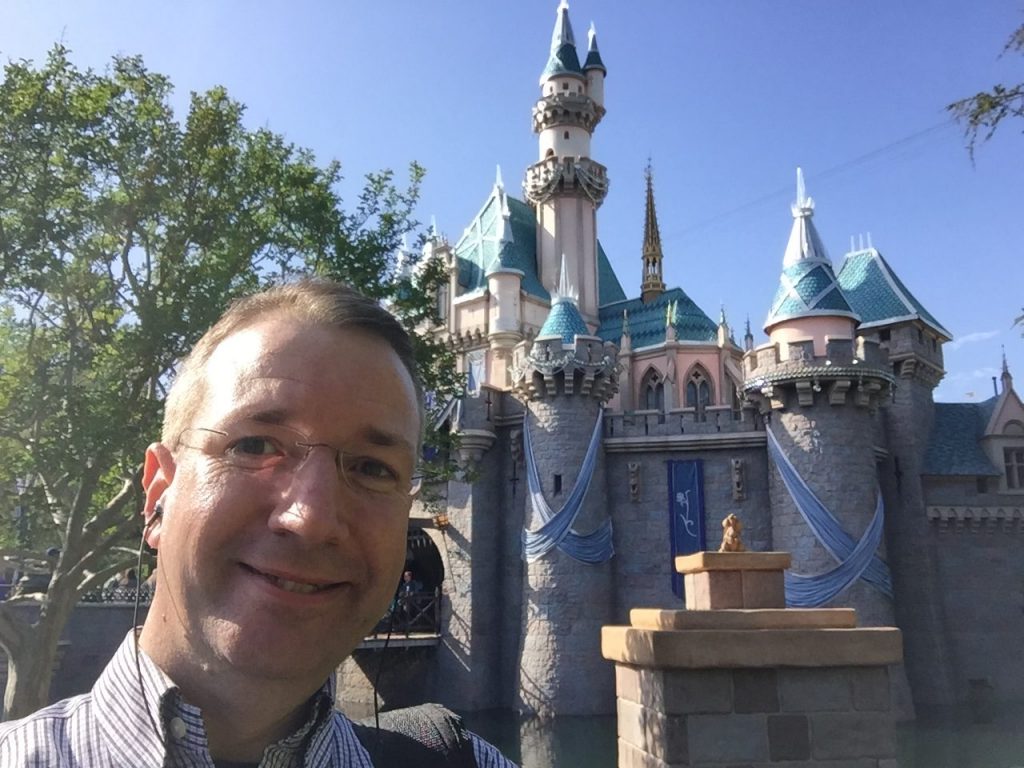 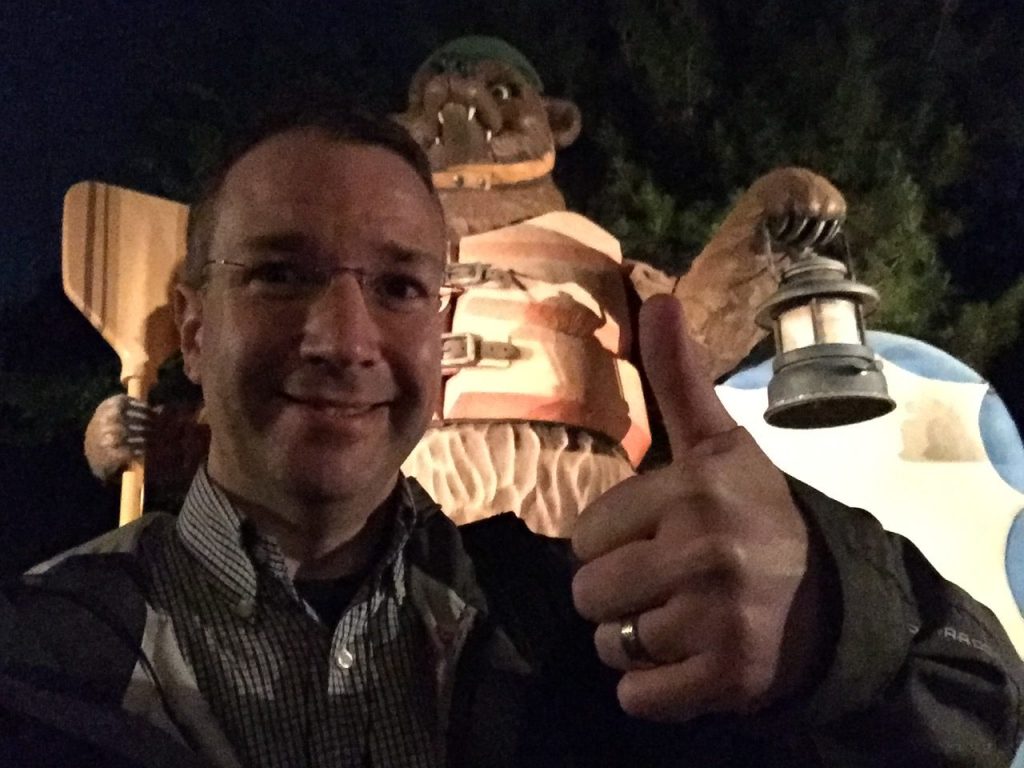 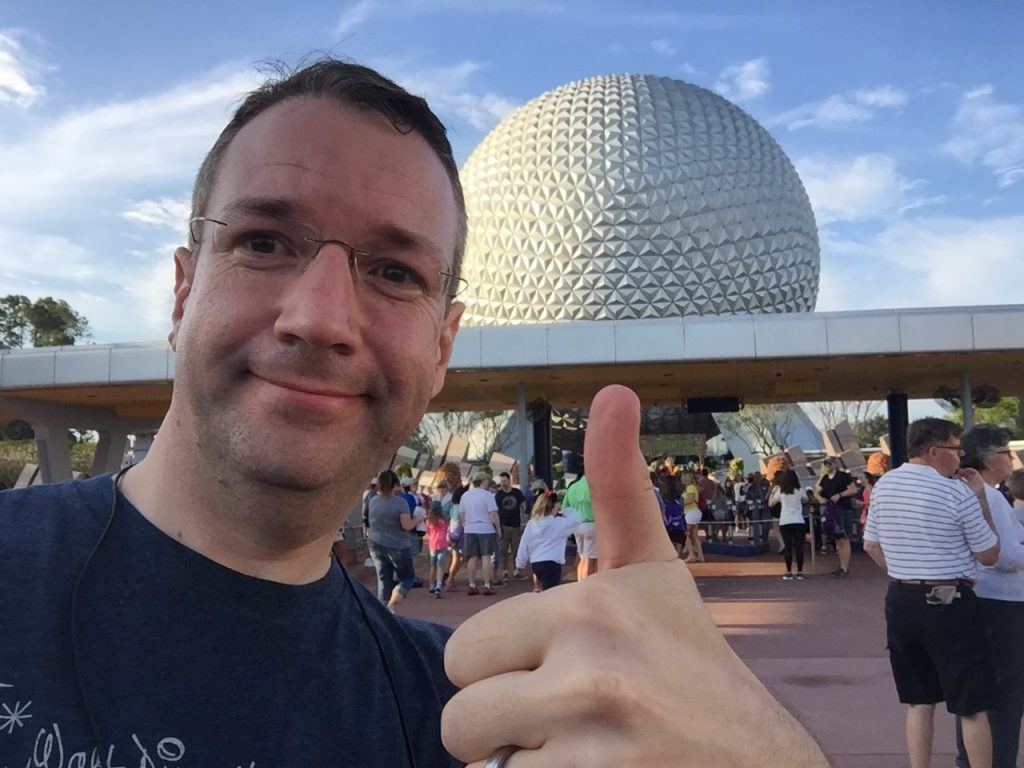 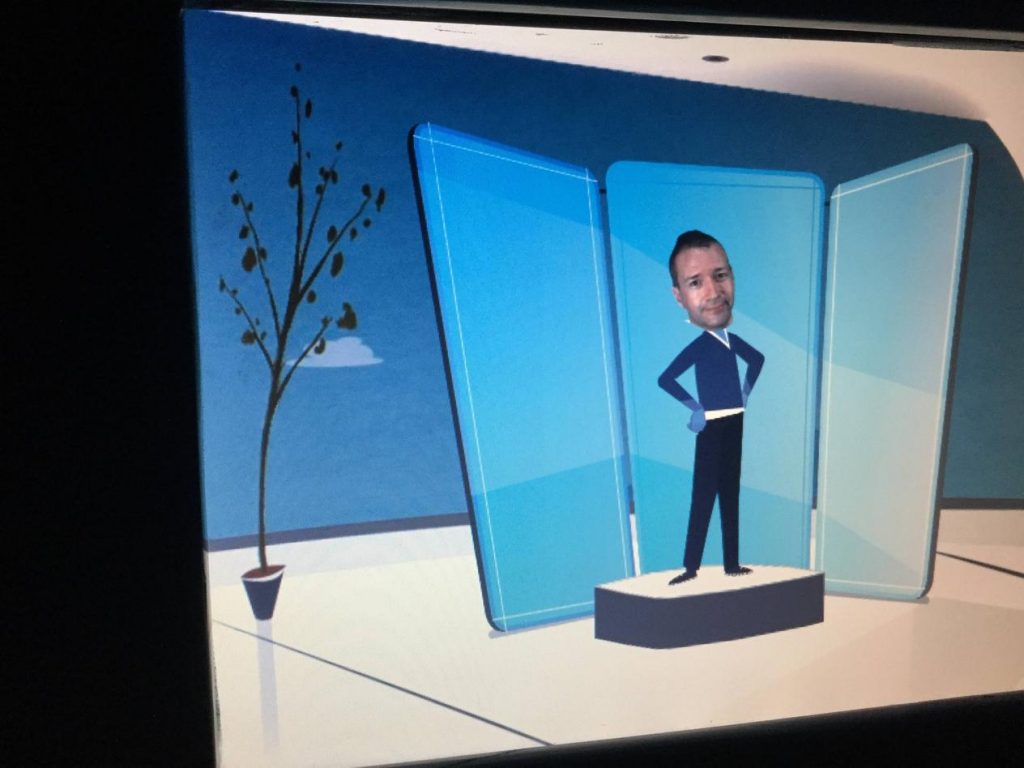 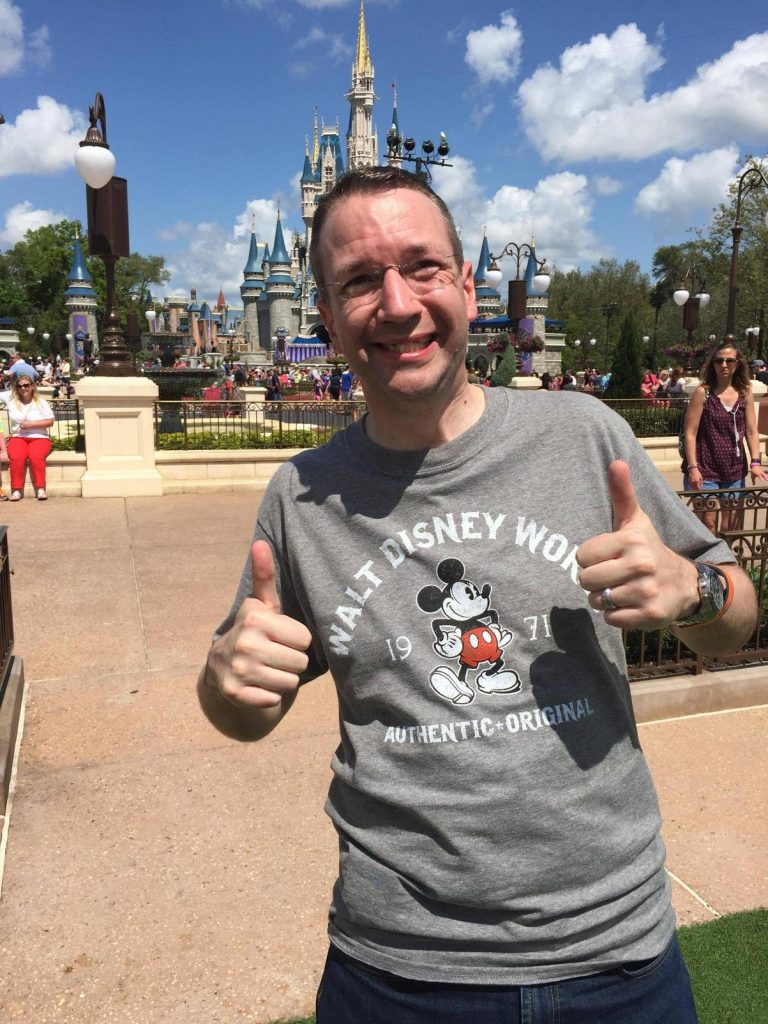 During his flight from Orlando to Paris, Wing’s biggest fear during the trip came true. His flight was delayed and he had only had a 45 minute layover for his connecting flight.

“When I got to Newark, I had to run, run, run through the terminal and I just managed to get to the plane right before they closed the door. I sat down in my seat and the blood drained out of me. I realized I left my iPad on the last flight. Luckily, the pilot happened to be walking past me, and asked what seat I was in. And then, he just disappeared. He actually ran and got the iPad himself from the other plane, which was amazing!” said Wing. 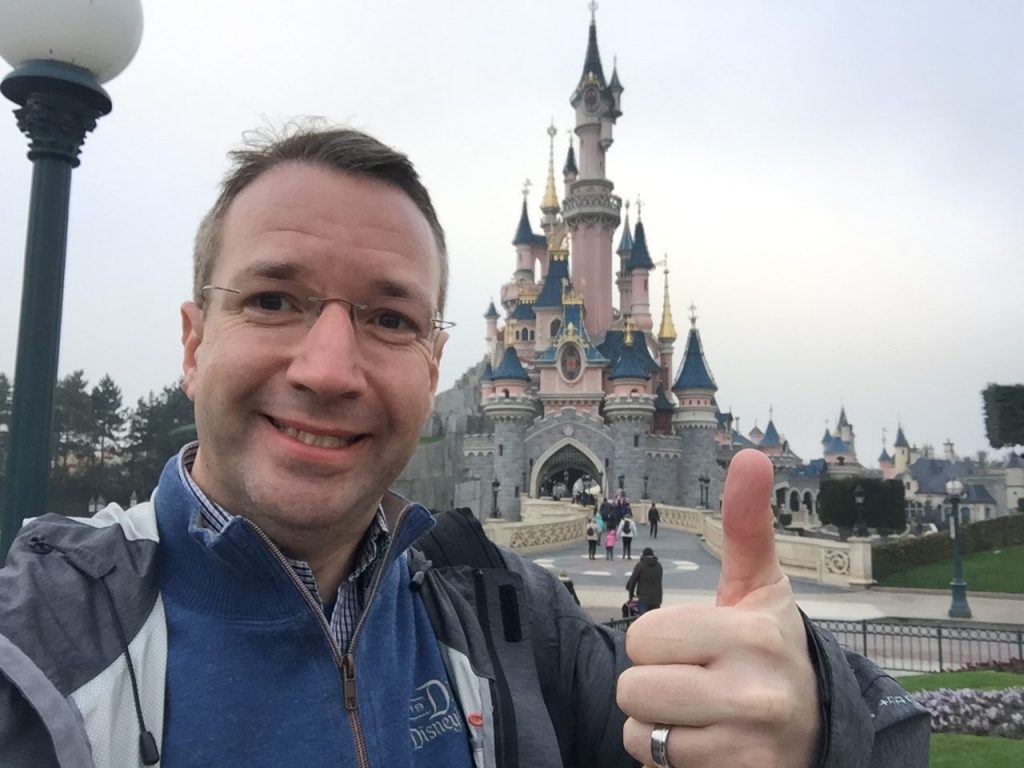 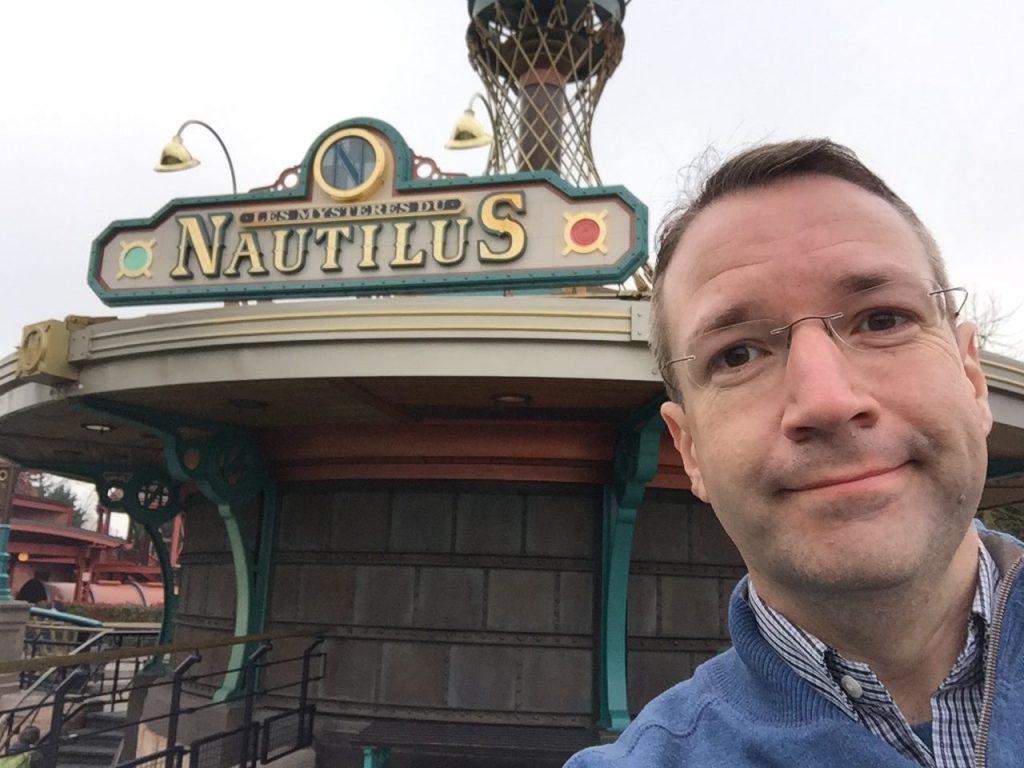 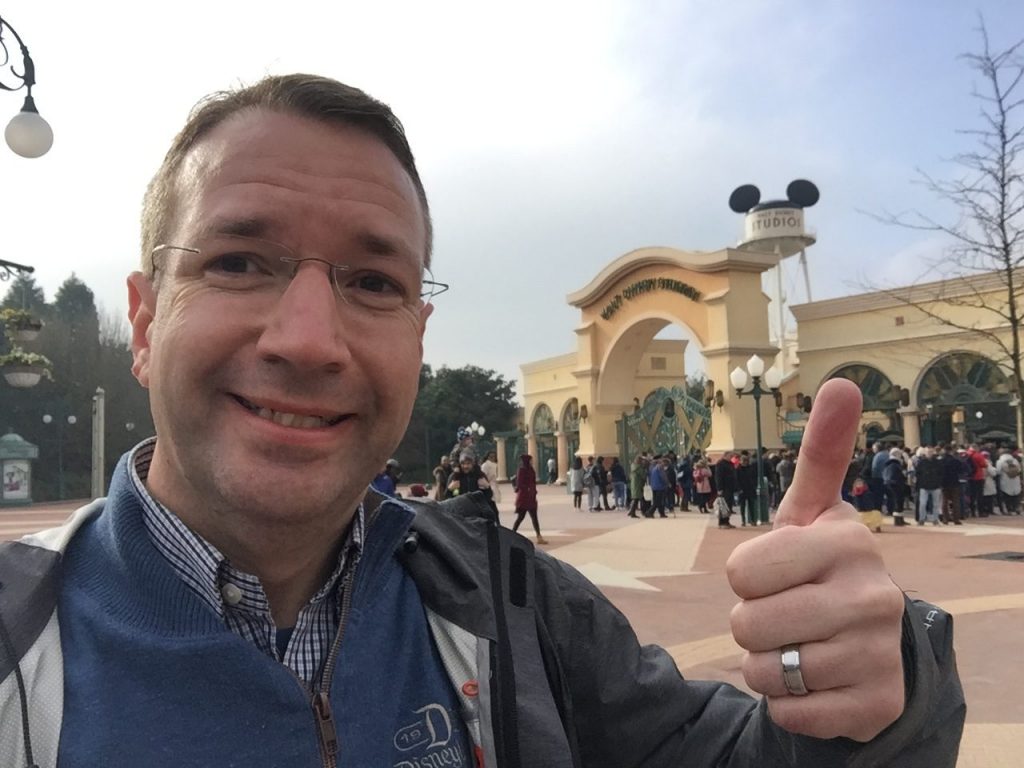 At Disneyland Paris, Wing purchased an annual pass, which took much longer than he expected. By the time he got to the second park, he only had 20 minutes to ride an attraction. The standby line was almost an hour long! Luckily, he managed to hop in the single riders’ line (five minute wait).

“I was on the ride and I was thinking, I have no idea how long this ride is. Is it Dumbo, which is five minutes, or is it Spaceship Earth, which goes on for almost 20 minutes? It was about a 10 minute ride, and by the time I was done I had exactly seven minutes to get out of the park, to the train station, and onto the train to the airport,” said Wing. 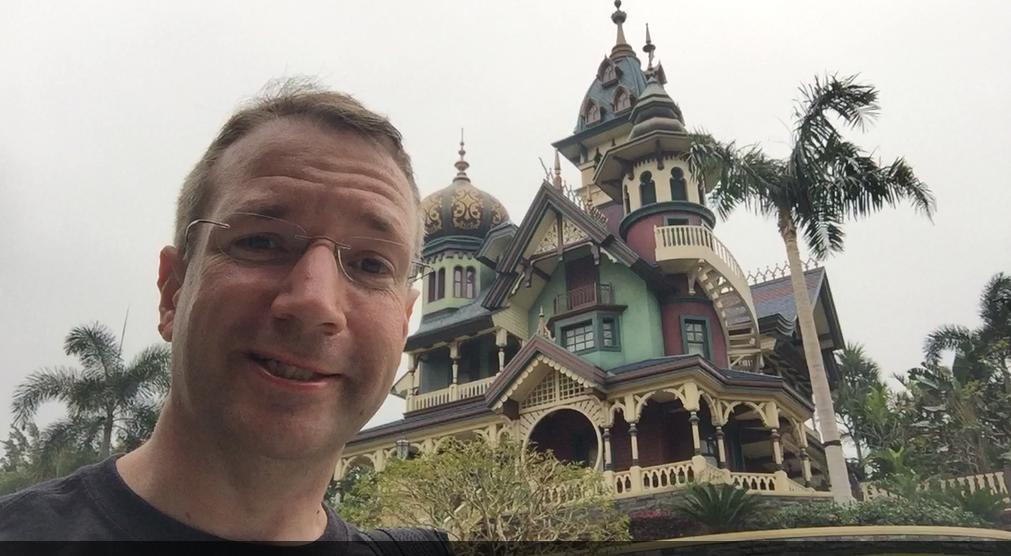 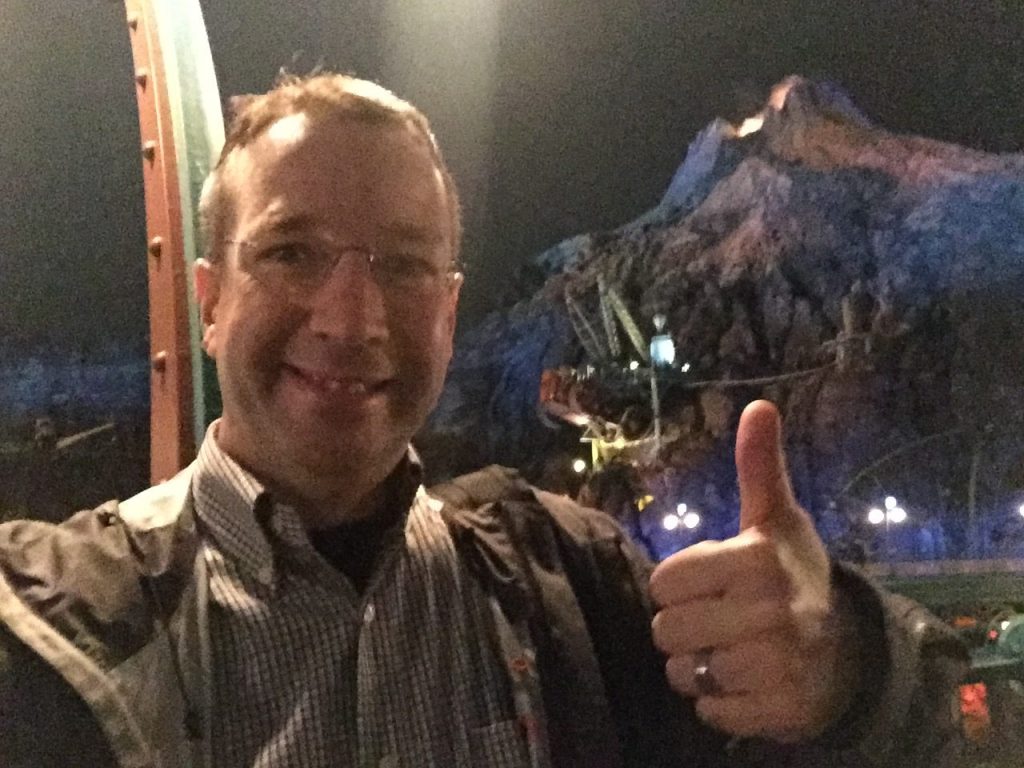 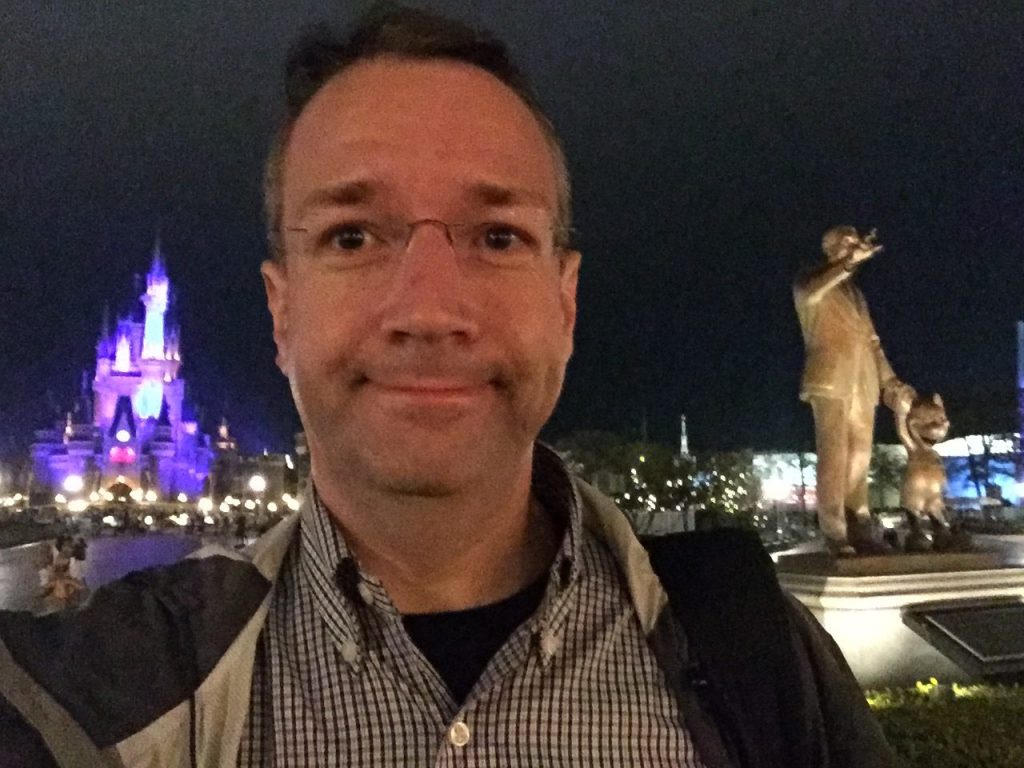 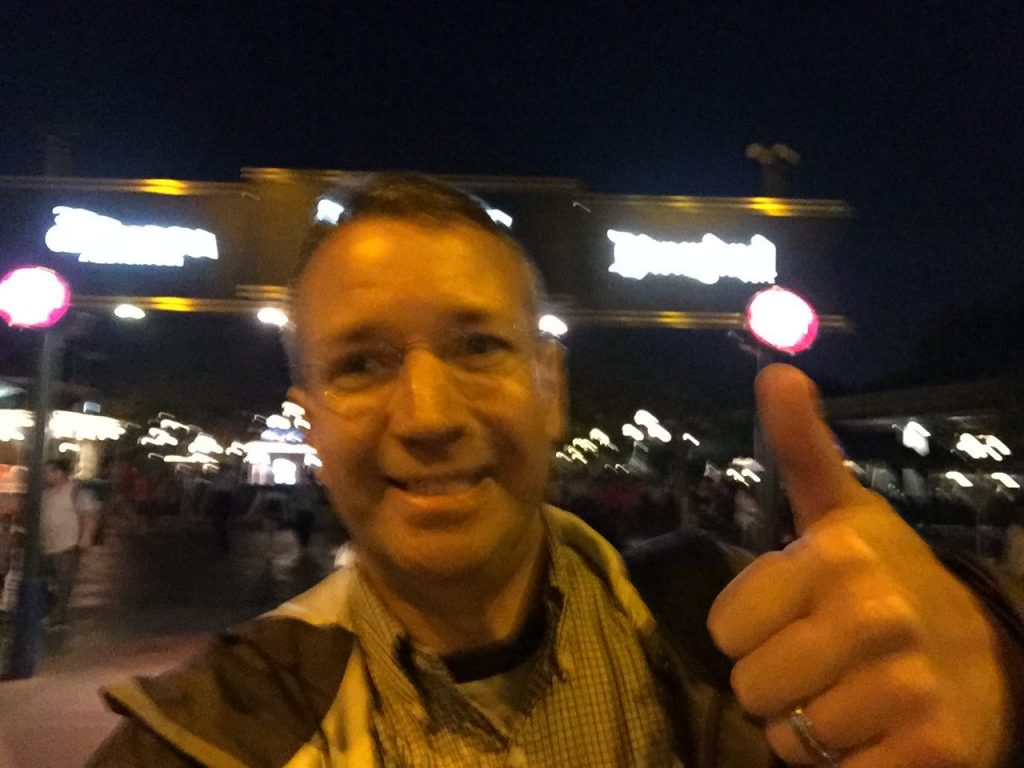 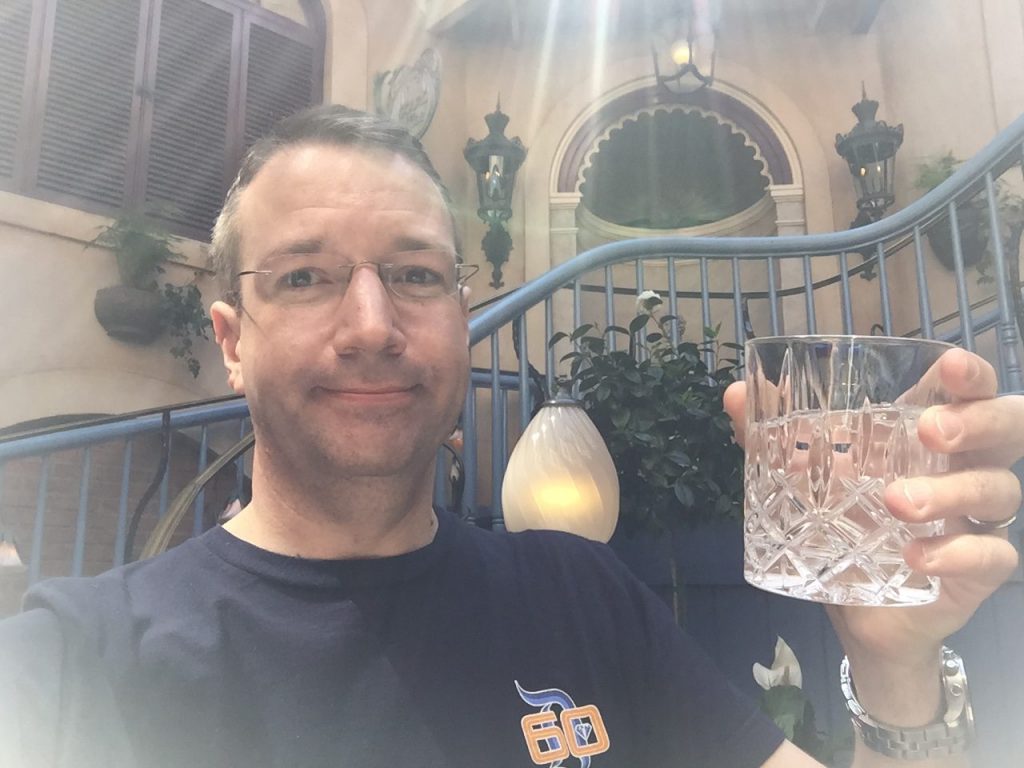 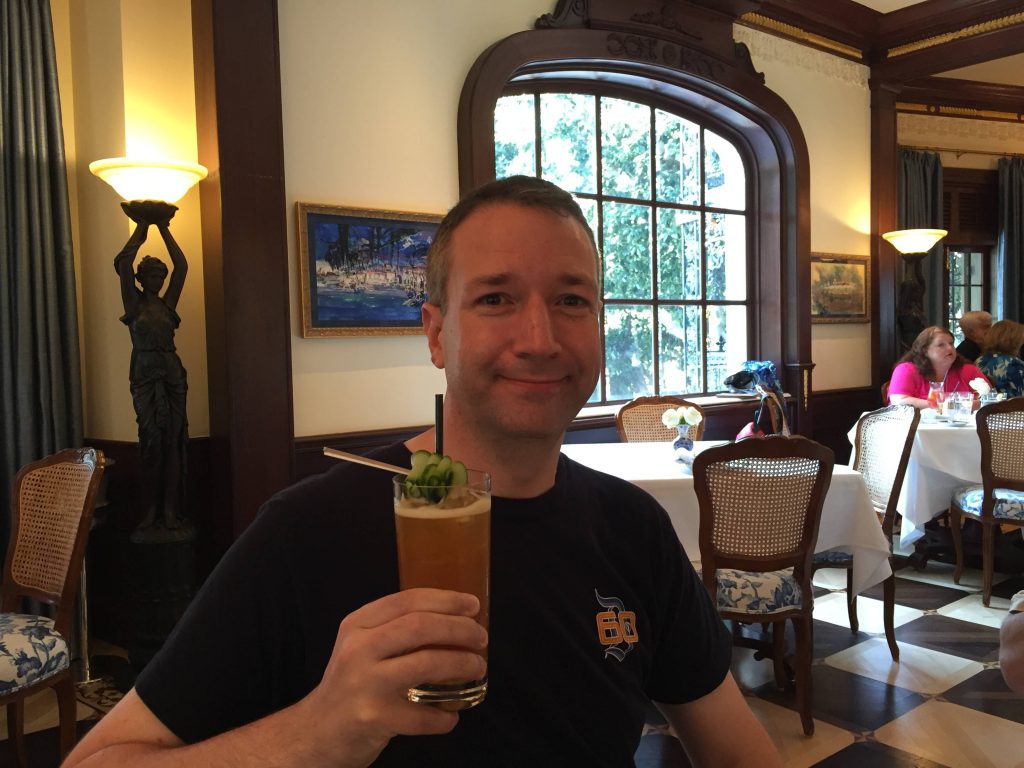 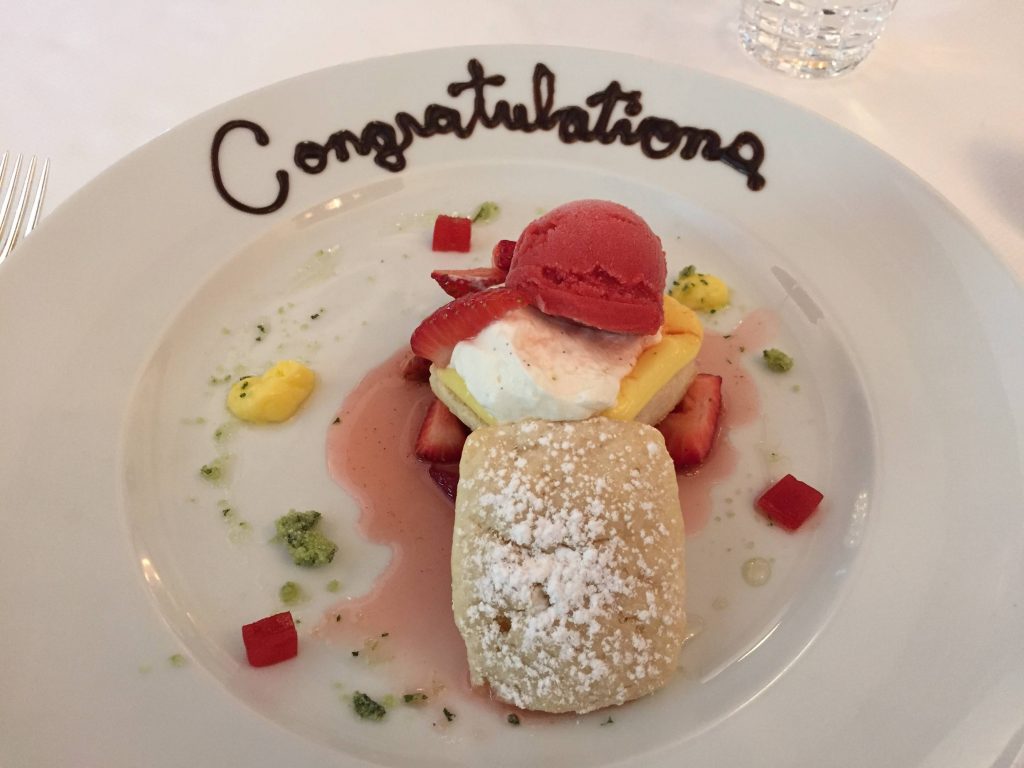 “Walking down Disneyland’s Main Street at the end of the trip actually felt a little surreal.  I had a lot of competing emotions… First and foremost, I felt an amazing sense of accomplishment for completing the challenge.  But, I also felt pretty darn tired and was looking forward to the first real night’s sleep I’d have in three days.  I was happy to be back home, but also a little sad that I didn’t get to spend more time abroad,” said Wing.

Since Wing had traveled to all the Disney parks prior, he was able to reconcile not spending time exploring the finer details of each pit stop along his trip. However, if planning a vacation to the foreign parks, he highly encourages exploring the cultural aspects of the city in addition to visiting the parks.

“When I went to Hong Kong, I went to see the temples. The size and scale of the buildings there was just jaw-dropping. Going somewhere and experiencing as much as you can from a local’s perspective, such as their food, faith, architecture, and transportation is one of the best parts about traveling, ” said Wing.

Wing is already planning his next adventure: to visit all the Disney theme parks including the soon-to-open Shanghai Disneyland at a record time.

To be part of this magical expedition or general questions about vacation planning, contact Wing at mousearoundtheworld@gmail.com. Wing is grateful for the support he has found within the Disney community throughout his challenge, including cast members and fellow Disney enthusiasts.

Head on over to our latest DisneyExaminer podcast, featuring special guest Christopher Wing himself, to hear even more about his trip!