It’s no spoiler that many of the Avengers are in the next Captain America film. It’s also not telling a variety of Marvel’s other characters will also be fighting it out in the civil war between Captain America and Iron Man.

Most notably, we get to see Spider-Man and Ant-Man steal the show. For Spider-Man, this marks the first time that the iconic Marvel character has made it into Disney’s Marvel Cinematic Universe (MCU). For Ant-Man, it marks the first time he gets to team up with the Avengers and not too long after his first introductory film just last year.

In an ever-growing cinematic world where it seems as if the MCU is reaching its peaking point when it comes to number of super heroes in one film, the decision to include two entirely different characters was relatively simple: to tell a story. 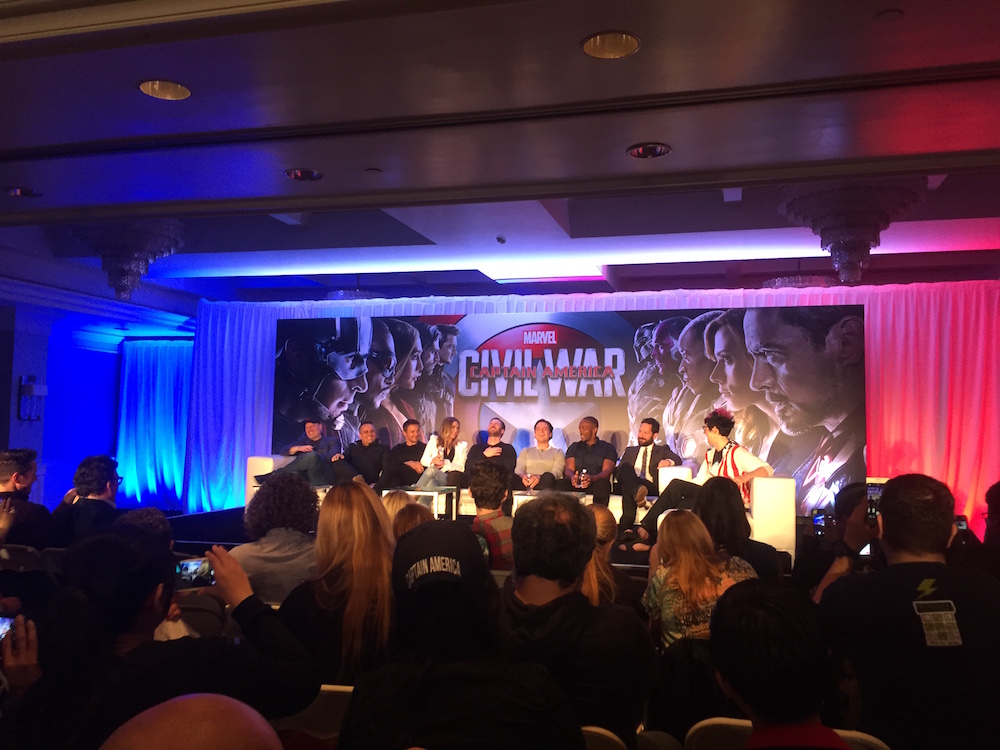 #TeamCap at the Global Press Conference

“We wanted to tell this very complex story between Captain America and Iron Man,” said co-director Joe Russo at the film’s global press conference. That complex story also involved the current Avengers who are forced to pick either side. By adding new characters, it allows that Avengers-centered story to expand in a purposeful way to drive the story forward. “The new characters we put in have none of the baggage that the Avengers have.”

Spider-Man is one of those characters that doesn’t have any baggage, yet the directors and Marvel Studios President Kevin Feige wanted to make sure that he was adding to the film’s story value. That value was being able cast the right Spidey for the role.

British actor Tom Holland was chosen because of his ability to add to the current Avengers atmosphere in the way he acted with them. “We culled down our list to five finalists and Tom emerged the winner because he read so well with Robert Downey Jr. and did complementary stunt work with Chris Evans,” said Feige. Added Joe Russo, “He (Spider-Man) already has received his powers already and lives in our world as a guy who’s trying to find his purpose.” 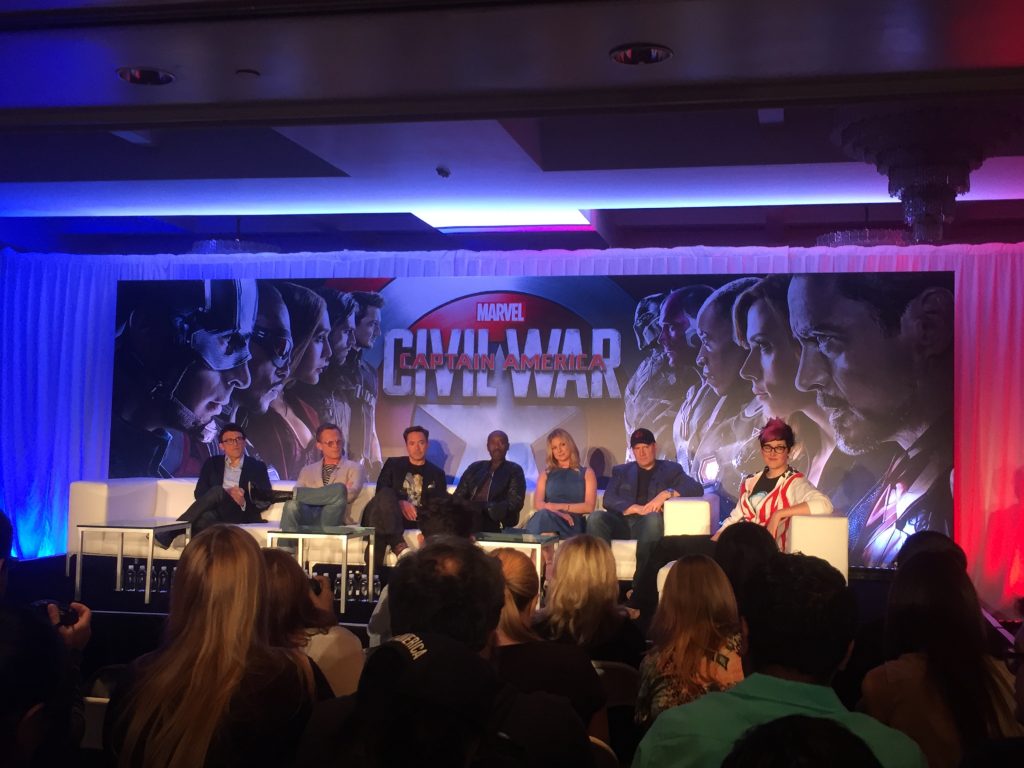 #TeamIronMan at the Global Press Conference

As we saw in the trailers, Ant-Man is revealed to be a big fan of Captain America and decides to fight on his team because of the fandom. “I was always a fanboy of the Avengers, so very little acting was required,” actor Paul Rudd said. “My performance was really my genuine excitement to share the screen with them.” Ant-Man’s participation added value to the cause with his abilities (and comedic relief), but nothing more.

However, that was purposeful for him and Spider-Man. While both new characters are unique in what they offer each side of the Avengers, they add just that, allowing the Avengers and the story-war between them reign supreme. That’s the reason why the film is called Civil War in the first place.