We are less than a week away from Captain America: Civil War but many people still are unsure of what side to choose: #TeamCap or #TeamIronMan? Last week we illustrated the reasons why Iron Man wishes to have superheroes regulated, and this time we will elaborate on Captain America’s motivations for fighting against his friends and comrades.

The Avengers are faced with another major incident following the events of The Avengers: Age of Ultron that leads to a massive loss of innocent lives. This devastating event brings into question the devastating powers the Avengers wield, leading to the world’s governments deciding to regulate all superheroes who have been acting independently after the fall of S.H.I.E.L.D. Captain America, played by Chris Evans, is against the regulation because he fears what could happen if a government body keeps them from helping people in need, or if a government becomes corrupt.

This may be related to the way he has seen government corruption in the past. During Captain America: Winter Soldier, Steve Rogers found out that HYDRA had infiltrated S.H.I.E.L.D. following its creation after World War II. For 70 years, HYDRA had been creating world crises, manipulating wars, and secreting controlling S.H.I.E.L.D. HYDRA infiltrated not only S.H.I.E.L.D., but also every major world government, guiding everything that they could get their hands on to obtain their ultimate goal  to become the singular totalitarian state controlling everything in the world. 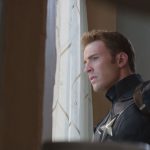 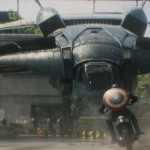 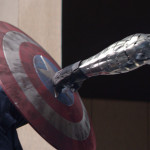 Feeling the burden of failing to stop HYDRA, despite sacrificing 70 years of his life and having been in the eye of the proverbial storm caused by HYDRA’s deep cover infiltration, Steve is reluctant to trust any government body whose agendas could change at any moment. His best friend was brainwashed and turned into a living weapon, millions of innocent people were almost killed due to being potential threats to the world order HYDRA wished to enact, and the trust and safety of the entire world towards the people who were meant to be their leaders and protectors was completely flipped on its head.

If S.H.I.E.L.D. and the American government could be infiltrated and corrupted by HYDRA without anybody realizing it, who is to say that any other government body is safe from the remnants of HYDRA or even other terrorists agencies that would seek to take control of the world? 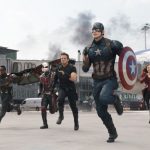 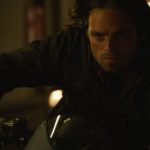 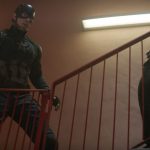 Steve rejects the Sokovia Accord because he believes it is better to act independently from any ruling body in order to keep fighting for positive ideals and values, and to protect any human in need of saving. By forcing superheroes to be monitored, regulated and policed by a government body, there is the potential that they can be manipulated by the wrong people, used to fight against or for the wrong people, and punished for not following orders from corrupt world leaders. Without the guarantee of any safety nets to ensure a corrupt government cannot misuse the powers of superheroes, Steve refuses to see Tony’s side of things.

Even though Steve’s fears are well-founded, that does not mean superheroes should act without needing to face consequences for their own wrongdoings. What if a hero goes rogue and harms innocent people? What if the heroes themselves gained too much power and were a danger to humanity?

Tony’s side might make sense, but Steve Rogers makes a good point that agendas can change and heroes should be free to protect humanity whenever they need the help. If you believe that superheroes should act independently due to the potential of being used by a corrupt government, then you’re on Captain America’s side.

Captain America: Civil War opens on May 7th, so hurry to choose your side before you go see the film!