I remember it like it was yesterday. My colleague and I attended a special “Marvel Fan Event” back in 2014 not expecting what was going to happen. The lacking of details on the invitation could only mean great things and it sure turned out to be great.

The highlight of the event, however, had to be the end of what turned out to be the announcement of the final phase of the large cinematic universe that Marvel has been building since Iron Man back in 2008. That’s when Iron Man himself Robert Downey Jr. and Captain America himself Chris Evans emerged from the darkness of backstage at the El Capitan Theatre to announce the birth of a civil war.

Sure, there are connotations of negativity when people hear the phrase let alone the word “war”, but that didn’t stop fans from clapping and yelling loudly in approval. It appeared to me that many people were looking forward to this war.

That shouldn’t come as a surprise to all the Marvel fans and the some wanna-be fans alike that were in attendance that day, but fast forward to today and the impending release of Captain America: Civil War and once again that same enthusiasm has come forth, but this time the chants of the entire world. The marketing campaigns for the film are doing a fine job spreading the support of the film both near and far. 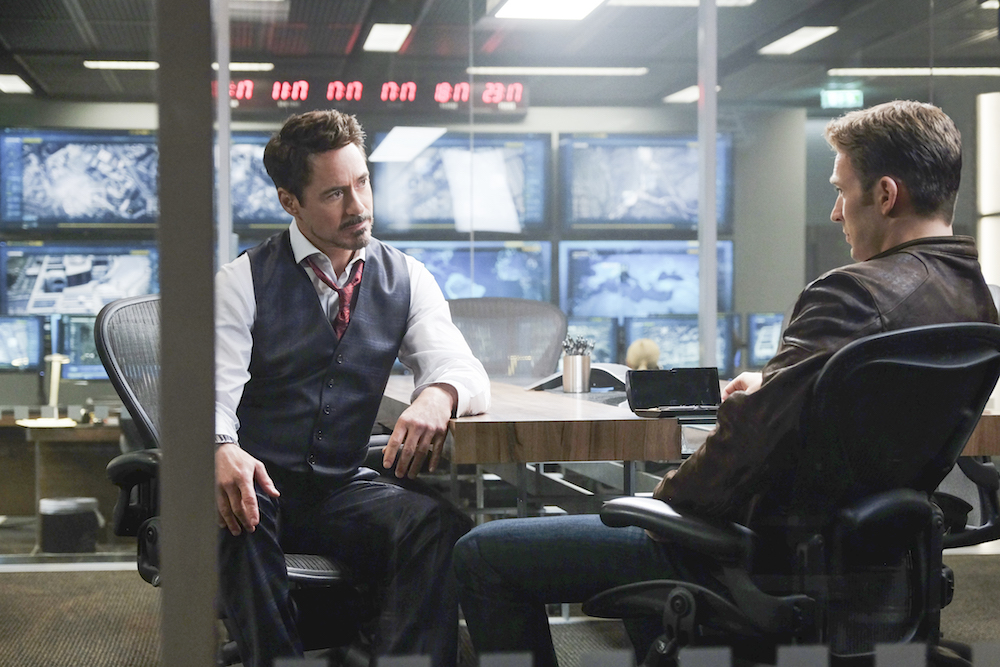 They were all great lead ups to when I saw the film a few weeks ago prior to the film’s global press conference. And while my expectations were high like they are for every Marvel Studios film, I wanted to judge the film based on what I saw, not my expectations.

Long story short, I enjoyed what I saw. The third Captain America film had less to do with Cap and more to do with nearly every single one of the Avengers (and then some). While the war in Civil War does have the trademark Marvel fight sequences and visual effects to make everything more believable, it’s the internal war between Cap and Iron Man that really makes this film something totally different from anything else in the MCU.

Since the beginning, each of the Marvel films under Disney had always ended on the note that good would always remain the victor. At the same time, we’ve also seen the Avengers grow in character (and muscle). But that was it.

All of these things are the many reasons why we’ve bonded with the Avengers and the Marvel films so far.

Don’t get me wrong either, I loved most of those films, but there hadn’t been one that broke that mold. Yes, we would be looking forward to the next super hero film, but for reasons that were all too familiar to us for nearly a decade.

That anticipation grabbed people when they first heard about Civil War at that special event I was at, but I would argue that them and the rest of the world shouldn’t be eager to see another Marvel super hero film, but a different type of Marvel film.

Similar to what Guardians of the Galaxy did for us, this Marvel film combines the best action and writing to tell a story that has been nearly 10 years in the making. We know each of the Avengers’ strengths and weaknesses and now we’ll get to see how that plays out against each other. Where the first Avengers film put them together to fight a common evil, this film aims to test that relationship and try to pull them apart.

How can you not be excited when you hear that?! Earth’s Mightiest Heroes (in a cinematic universe) are warring each other. If that’s not entertainment to you or think that this is just adding to the claimed “super hero film fatigue”, I’m sorry for your loss.

As for those who are being entertained by what Marvel Studios is putting out, Captain America: Civil War is just a pivot point into what lies ahead in the MCU. Civil War does end unresolved in someway and the effect that has will ripple through to other films in the next few years. This film will be the last film that we currently know of that will pit the entire Avengers together as an ensemble until this all wraps up with the ultimate battle against Marvel super villain Thanos in the Infinity War films that will debut starting in 2018.

Until then, you can look forward to more internal and external wars from Marvel Studios. Everyone will be excited for it all and now, you’ll know the reason why and that’s something to look forward to.

Oh, you can also look forward to TWO post-credit scenes in the film, too.