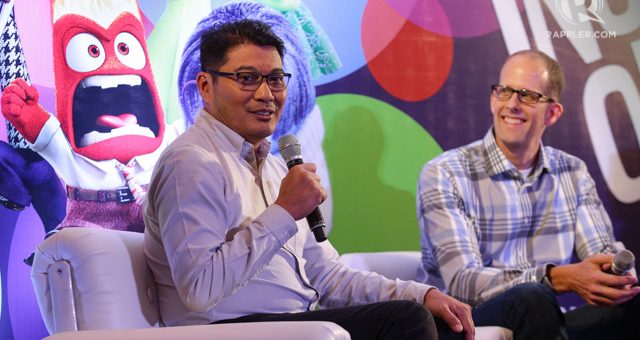 Not too long ago, Pixar’s Inside Out went on to take home every major film award for being the best animated feature film created that past year. I followed the film’s beat, from initial press junket to awards ceremony and if there was one thing that stuck in my mind since those days, it was the name “Ronnie”.

“Gosh, I wish Ronnie was up here with us.” 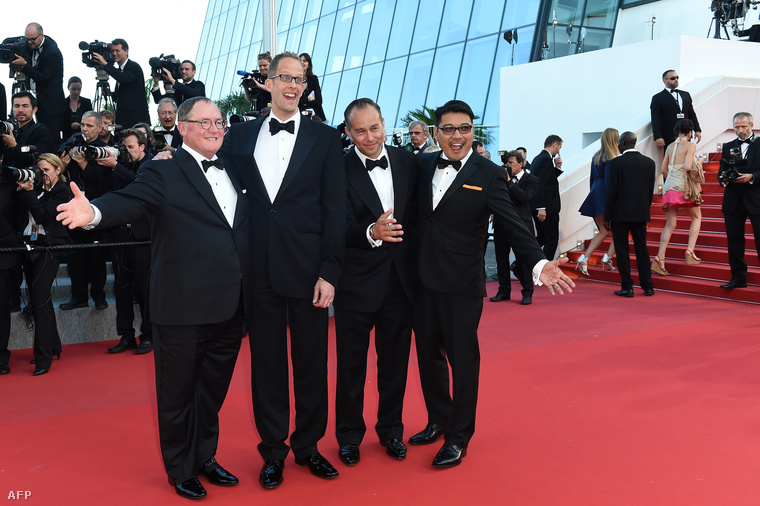 Ronnie is on the far right

These were just a few of the statements that came from the mouths of director Pete Docter and producer Jonas Rivera from some of those press events. Even much of the voice cast including Amy Poehler (Joy), Phyllis Smith (Sadness), and Bill Hader (Fear) thanked Ronnie for this efforts toward the project.

I definitely wanted to meet and chat with this “Ronnie”. And so I did, nearly a year after having heard his name for the first time.

His full name is Ronnie del Carmen and most importantly for this story, he’s a Filipino-American. I’m always honored and joyful when I find those who are the same race operating in the same industry that I am. Entertainment hasn’t been too kind to Filipinos, let alone all Asians. Nevertheless, Asians are contributing much to our entertainment everyday. I was able to speak personally with del Carmen to find out more about his experience as an artist and how his talents were nurtured and are currently being honed at Pixar. 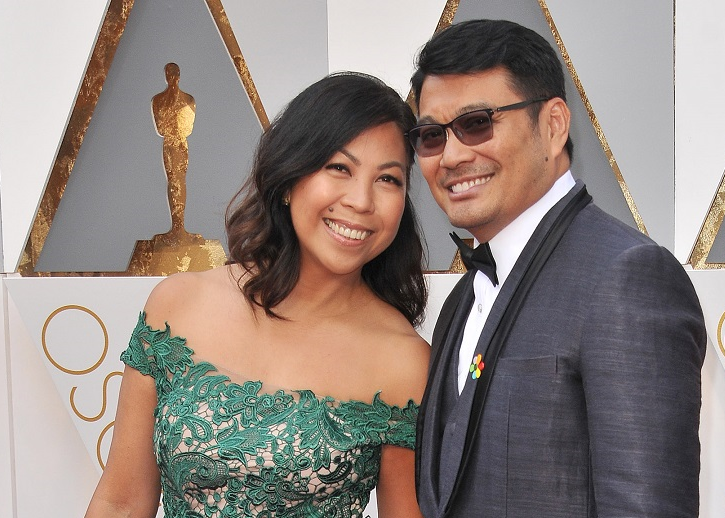 Ronnie with his wife Theresa at last year’s Oscars

“Our parents wanted us to do well…”

Del Carmen’s journey to entertainment began growing up in the Philippines back in the 1960s. While the stereotype goes around here in America, there is real truth behind why many Filipinos even to this day are urged by their parents to grow up as lawyers, doctors, and engineers. “Our parents wanted us to do well and they sent [us] to those jobs because they saw the definition of success in them,” del Carmen said.

His father was an accountant and wasn’t too keen accepting del Carmen’s desires to become an artist. He said, “I didn’t even want to pursue it in anyone’s presence because I felt it was going to be disappointing to my parents.” Still, he decided to follow his passion of drawing right into college.

Unfortunately due to lack of money, del Carmen had to leave college at the University of Santo Tomas in the country’s capital of Manila. To get that money, he took jobs that not only would pay the bills, but heighten his skills as an artist. One of his bigger roles had him painting sets for the set of Francis Ford Coppola’s Apocalypse Now. During that time, he reconnected with one of his classmates from the university who was about to graduate with a degree that sparked del Carmen’s spirit.

“I walked through the halls…and saw people studying advertising art direction. And I said ‘This is for me!’,” he said, and though he found his college calling, it took a few tries before finally getting accepted into the program and being able to pay for it. All of this happened in secret from his father, who already was in the U.S.

“I knew nothing about animation, so I had to learn everything.”

Del Carmen ultimately graduated with a bachelor’s degree and then took his first careered role as an art director for an advertising agency in the Philippines. With the little money he had, he immigrated to America thanks to his dad’s petition, where he went on to try and find a job. “There really were no prospects for me when I arrived,” he said, “but a few friends of mine told me about animation and so I started asking questions.” Those questions lead del Carmen to have another moment of revelation which inspired him to pursue trying to learn the craft. 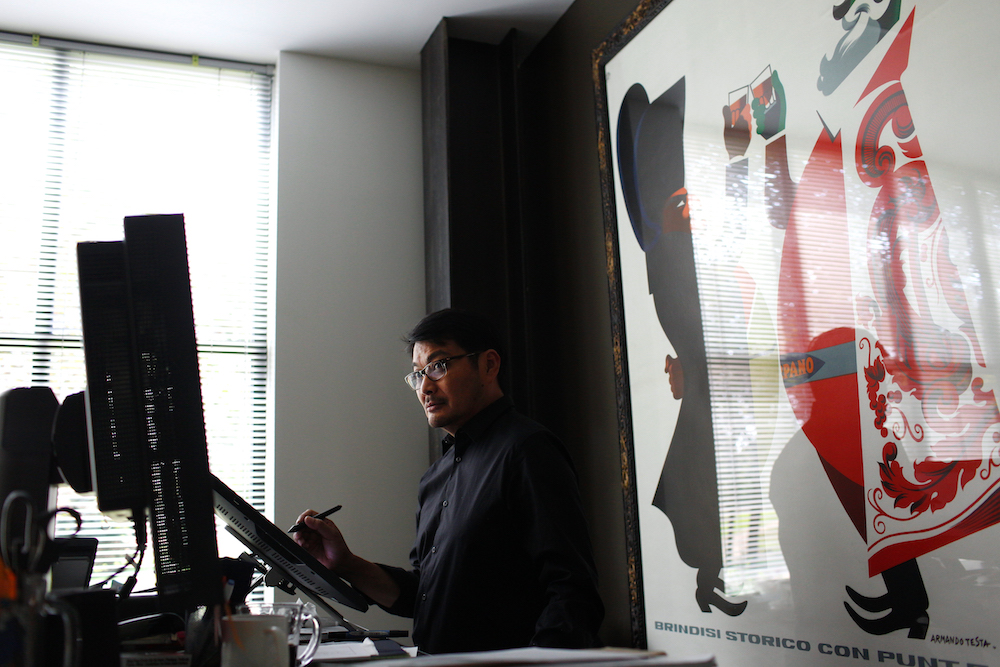 “I knew nothing about animation, so I had to learn everything.” That meant learning the facets of film animation production, which he did by taking jobs at various studios like DreamWorks and Warner Bros. His knack for storytelling in that medium ultimately lead him to Pixar, where he joined as a story supervisor in 2003. By this time, del Carmen’s father knew about his son’s career life and was proud of him, even toward the last days of his life.

“My dad eventually got to see this career paid off, especially when I got to show him the storyboards in the hospital I was working on for Up that was in pre-production at the time.” Del Carmen’s dad couldn’t speak anymore, but his dad reacted to his art in way that would shape del Carmen’s way of doing things at Pixar moving forward.

“Up was a movie about a man with old white hair and my dad was a man with old white hair. I drew him into my work and his moments of reaction influenced so much more in the movie.” Del Carmen, who was head of story on the film, went on to point out that some of Up‘s most emotional moments were with no dialogue – just like the moments he had with his ailing father. Those feelings later translated into other projects that he was set to work on, including Inside Out.

“He approached me and asked me to be co-director and I said ‘Yeah! So, what does that mean?'”

Pete Docter, who directed Up apparently felt moved by del Carmen’s work so much that he invited him to be his co-director. “It was a total surprise to me. He approached me and asked me to be co-director and I said ‘Yeah! So, what does that mean?’,” he said. What that meant wasn’t clearly defined at first, and that’s intentional at Pixar.

He continued, “I asked every co-director that ever was here about what they did to figure out what the job was. They all smiled at me as if it was a joke and said they didn’t know either.” He just did what he was good at, except this time he had more access to the director. “That meant there was more ownership on the movie.”

That ownership, done in tandem with Docter, allowed him to explore his already strong specialty of building emotional moments into Pixar films. That strength included his ‘Filipino-ness’ and his emotional upbringing with his father.

“My co-workers say I’m this way because of where I come from.”

“As a story artist, I never was given the action scenes. If there’s a scene between a train and a jet fighter, I don’t get those. I get the scene where two people are in a room and they have to confront a difficulty between them,” he said. Giving del Carmen any emotionally wrenching scenes was something that quickly became a thing for all of the filmmakers at Pixar simply because of his way of creating those moments inspired by his life history.

“My co-workers say I’m this way because of where I come from,” he elaborated. “I kind of see it myself because my family’s life was full of hardship and lots of emotional, not simple things that could have destroyed us. I suppose that’s why I’m so attuned to these things.” While del Carmen can’t truly affirm that he’s mined all his inspiration from those years (he says studying acting might have also inspired him), one can quickly see how his emotional work translates to us in nearly every scene in Inside Out.

In the end, one could reason that his culture and heritage is seen through it all.

As a kid in the Philippines, he watched the Oscars on TV and dreamt that one day he’d be recognized with an award.

As a respected Pixar filmmaker, he inspires his fellow Filipino co-workers lovingly known as ‘Pixnoys’ to do even greater things in honor of their culture. 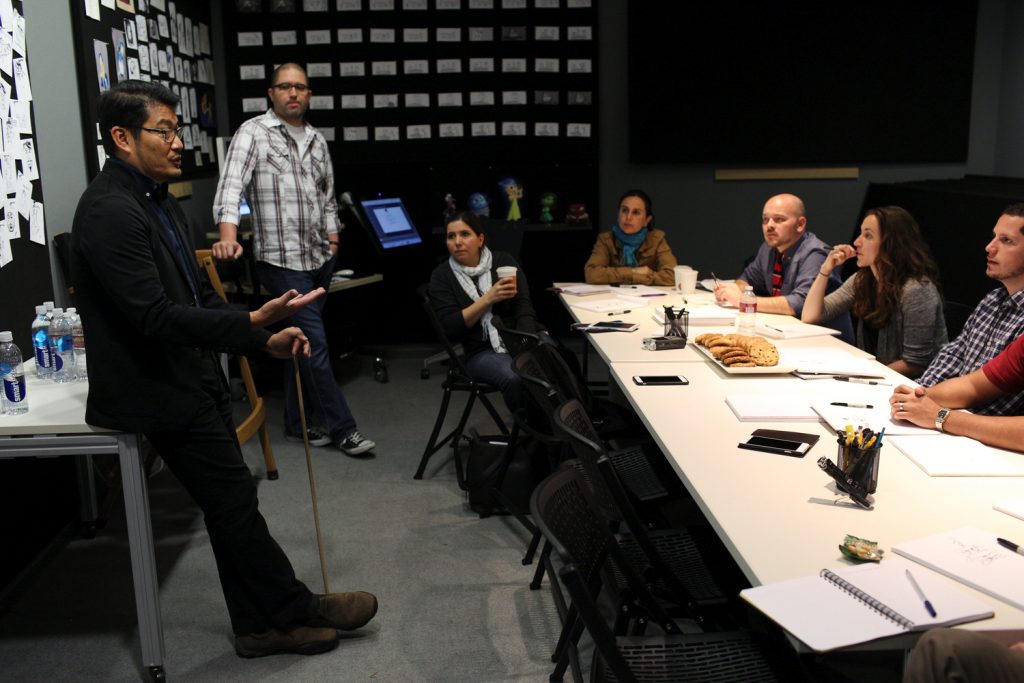 “We each contribute from ourselves, of ourselves.”

Appreciating culture is surely making its way into Pixar’s films in a variety of ways and del Carmen feels like it’s only the beginning. “At Pixar, we have very little to talk about regarding inclusion because there are a lot of asians at the studio already. We each contribute from ourselves, of ourselves,” he said.

Though del Carmen’s contribution has been through the emotional moments he’s brought to the big screen that were inspired by his culture and family history, he feels that they made those movies even more widely accepted and enjoyed. “These things happen organically. [Films] shouldn’t be a banner that we wave or have an activist or political stance to them. It takes away from the authenticity,” he shared. “They just can’t be true about Filipinos, for Filipinos.”

Instead, del Carmen believes that Pixar stories are only made greater if everyone can enjoy them.

Whether you like it or not, you probably have enjoyed del Carmen’s Filipino life-inspired work, and you’re not alone. Each of Pixar’s films have grossed billions of dollars globally and that’s an indication that he and the rest of the Asian and non-Asian filmmakers at Pixar are telling the some great stories.

“If I ever get the chance to direct an animated film about my Filipino family history that everyone can relate to, I’m all for it!” he said. Until that day comes, you can find del Carmen at the Pixar studio in Emeryville, California lending his skills to support his fellow filmmakers who are currently working on future Pixar films. And yes, he’s still getting those emotional scenes that will probably tear us apart.

So the next time you see Bing Bong disappear or Mr. Fredricksen take a peek into his Adventure Book, just know that there’s a real person, a Filipino who experienced his own emotional moments, behind it all who hopes you enjoy it no matter who you are.

His name is Ronnie del Carmen and to him I say “Salamat”.

My special thanks to Ronnie and Pixar PR for granting the interview for this story! 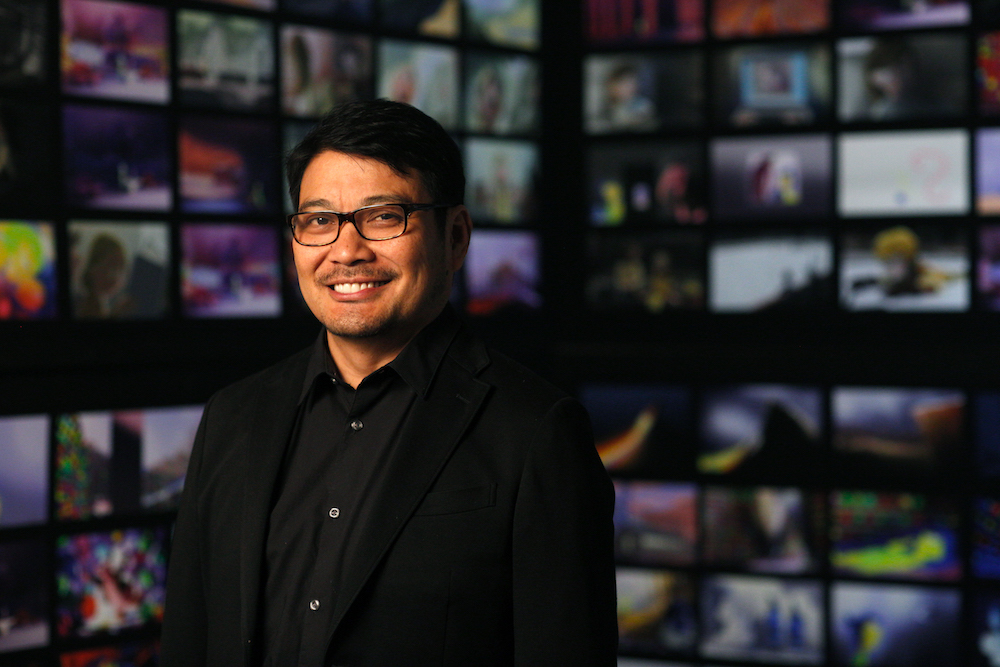