In celebration of Beauty and the Beast‘s 25th anniversary, The Academy of Motion Picture Arts and Sciences held a special event that honored this classic film with a panel hosted by many members of the original cast and crew. The directors, animators, and voice actors were able to share stories and anecdotes about the creation of the film, many of them hilarious and unexpectedly relevant to culture even 25 years later.

Here are some of the 25 most interesting facts we learned that the Beauty and the Beast 25th Anniversary panel! 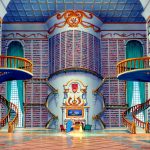 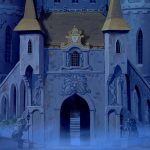 1. Beauty and the Beast‘s production began in Europe, not America.

2. The film originally had a different director, Richard Purdum.

3. Purdum’s approach to the film was more European than “Disney”.

“There’s something very American that happens out here in America when you tell a story, and it didn’t take long for Jeffrey [Katzenberg] to realize ‘ok, we need to get this back on the drawing boards in the states'” – Glen Keane

5. The team spent the rest of their time in Europe exploring old historical sites like castles, which eventually inspired the visuals of the film.

6. The film, like The Little Mermaid, showed that Broadway could be brought to the screen. 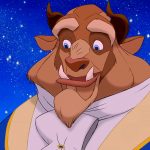 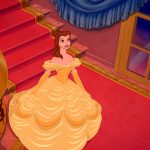 8. During early drafts of the ballroom scenes, Belle was represented by a pyramid shape and Beast by a large rectangle shape.

9. The animators were thinking of “swirl” and “lift” as actions when planning the camera movements during the ballroom scenes.

10. Paige O’Hara once snuck into a showing of Gypsy in order to see Angela Lansbury perform.

11. The songs were recorded live with a full orchestra.

12. Everyone cried during Angela Lansbury’s take of “Tale as Old as Time”.

13. “Tale as Old as Time” was originally sung in a rock style.

14. Angela Lansbury’s first take of “Tale as Old as Time” is the song used in the film.

15. Angela Lansbury barely made it to her recording because her plane had received a bomb scare. 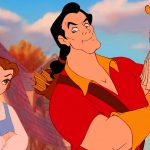 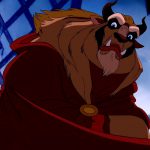 16. The creators thought of Belle as mature – much more mature than other Disney Princesses like Ariel.

“Belle is older, much more mature…she kinda knew her mind, she knew what she wanted to do.”

18. Creators established that Gaston and the Beast had to be opposite: one is physically beautiful but is truly evil, the other appears evil, but is really good.

19.The animators had a difficult time deciding how to draw Gaston’s chest hair.

20. Robby Benson got the role of the Beast because he knew how sound recording worked.

He commented that he knew the recorder wouldn’t be able to accurately pick up roars like those the other actors must have been doing, so he deliberately made his voice soft and quiet. 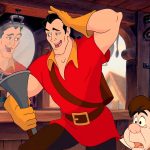 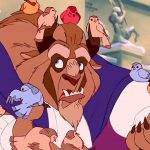 21. Many of Cogsworth’s lines, including “flowers, chocolates, promises you don’t intend to keep,” were improvised.

22. Beast was partially inspired by wolves and a Mandrill named Boris that Glen Keane observed in a zoo in London.

23. Glen Keane wanted to know what it was like to be Belle facing the Beast, so he asked if he could see a real gorilla named Ceasar up close.

He escaped when the gorilla almost threw poop at him!

24. Angela Lansbury has a large collection of teapots because people began giving them to her as gifts.

25. The cast and crew acknowledged that many, many people worked incredibly hard on this film, which could be the reason why it stands as a well-loved classic even today. 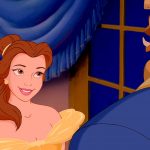 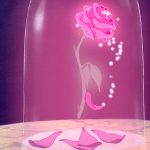 Watch the cast and crew share even more Beauty and the Beast secrets, and be on the lookout for even more events celebrating the hard work of Disney talent for future film anniversary celebrations.