When I first got my Disney pass, I thought it would be fun to go to the parks every once in a while. However, I ended up going more often than expected. I originally purchased the Deluxe pass and quickly learned that parking not being included was not great. I renewed my pass early and purchased the Premium pass. As a college student and a DisneyExaminer team member, I was at the parks often. I made new friends, tried many restaurants, and became a Disney expert. 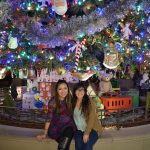 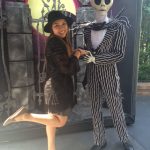 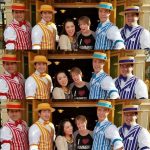 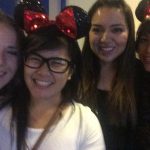 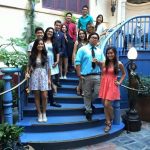 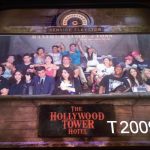 DisneyExaminer Staff on The Hollywood Tower of Terror 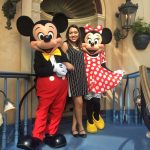 As the expiration date on my pass neared, I made the difficult decision of not renewing my pass. Here’s why:

The price increase for the Premium pass went up significantly more than the other passes.  I realized I would be paying more money and also have block out dates. Price wasn’t the biggest deterrent to renewing my pass, but it definitely played a role in my decision.

Combined with price, downgrading to a cheaper pass wasn’t an option because I wouldn’t be able to add a parking pass. Paying nearly $20 each time I wanted to hang out at the park for a few hours doesn’t sound appealing.

I enjoyed going to the parks for live music; whether if it was the Mad T Party or catching a band at the Tomorrowland Terrace. Now that the Mad T Party and TLT have closed, it made the decision so much easier but it was more difficult seeing them go.

At the beginning of the year, it seemed like everything was closed or closing. With the addition of Star Wars land combined with the price increase and the closures, I couldn’t make myself renew my pass.

This year became the year for major closures and construction. It’s difficult enough already to get through the parks, even with our handy guide that helps you get from point A to point B. Unfortunately, having a guide wasn’t enough for me and this added on to my lists of cons to renewing my pass.

I decided to go to the park for one more night before making my final decision on renewing my pass. It took me over half an hour just to get the park (my drive typically took 5 minutes). Later that evening, it took me an hour to get from Tomorrowland to the Main Street exit as I was trying to leave. No amount of Disneyland knowledge could help me.

I watched Frozen nearly half a year after it was released. I enjoyed the film, but I thought it was overrated. I disliked it when it replaced the Mad T Party and I really am tired of it. LET. IT. GO.

Lastly, when I was making the decision, I had friends traveling to Thailand, Puerto Rico, and England. I realized there were other ways to spend over $700+ a year.

I love Disney and Disneyland so it was a difficult decision to make, but after listing the pros and cons, it became apparent I wouldn’t renew.

Tomorrow, another DisneyExaminer team member will explain why she DID renew her pass!