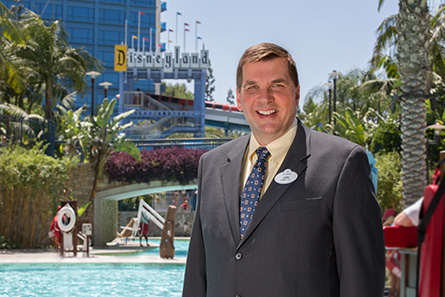 I’ve been to many theme parks in lifetime, not all of them Disney ones. Still, I’ve never felt the quality and service that Disney has at those other competitor theme parks. Still, one has to wonder what other theme parks would look like if they had the Disney touch.

One such Southern California theme park might just get that touch of magic and boost its competitive power.

Earlier last week, Knott’s Berry Farm announced that its new vice president and general manager would be Jon Storbeck. While that name might be unfamiliar to many, it sure does ring a bell for those executives and cast members at Disneyland. He was their boss!

Storbeck served as vice president for Downtown Disney, the Disneyland Resort Hotels, and Disneyland Park over the course of 30+ years. He retired back in January, but with him taking up this new role at Knott’s, we’re sure that was just a cover to allow him to keep his benefits with Disney.

Now that he has collected on it all, his new role for Knott’s is a power play by the Buena Park, California theme park. Storbeck’s knowledge of Disney and how its parks work is the bet that Cedar Fair Entertainment Co., the company that owns Knott’s, is playing to improve their park.

Knott’s Berry Farm is just down the street from Disneyland and gets less business even with a lesser ticket price and self-proclaimed title of being the first “theme park”.

Yes, it’s probably true that Disney’s powerful brand power won’t lessen anytime soon, but with the right mix of quality, service, and vision, Knott’s might just have a chance to get even closer toward its competition leader. Fortunately for them, Storbeck was known to have all of these traits.

As for what he’ll do for Knott’s, he’s excited to jump at the opportunity. “It’s a great opportunity to do things from a theming standpoint, and I hope to continue growing its audience, both locally and from those visiting the area,” he said to the OC Register.