Movie memorabilia has and always will be a booming business. People go to great lengths to be able to secure limited edition replicas or actual props themselves and have them be part of their collections. This goes even more over the top when items are from iconic franchises.

Star Wars is one of those franchises and now, movie buffs and memorabilia collectors alike will have the chance to take home a piece of “The Force Awakens” universe.

Starting today, Disney Consumer Products announced the release of some limited edition replicas of some props used in the making of the seventh Star Wars film that debuted last year. They include such famous items like Kylo Ren’s lightsaber hilt, Finn’s bloodstained helmet, and Darth Vader’s melted helmet.

As you’ll see in the video above and according to Disney, these replicas are “virtually identical to those seen on screen.” That’s because each prop was digitally scanned and was then 3D printed to create something that was nearly the same in every detail including paint, scratches, stains, and all.

They were created by a company called Propshop, a UK-based company that has created real props for some big movies including Inception and the 007 films. They also created the props for The Force Awakens, so it’s only fitting they create these replicas that “would make the fans and filmmakers proud,” according to Propshop’s CEO. Watch a video tour of the workshop via ABC News here.

Just like other movie memorabilia, these Star Wars props are limited edition and cost a lot of money. The Darth Vader Melted Helmet is selling for $3,500! Each prop replica will come with a custom display pedestals and shipping crates. 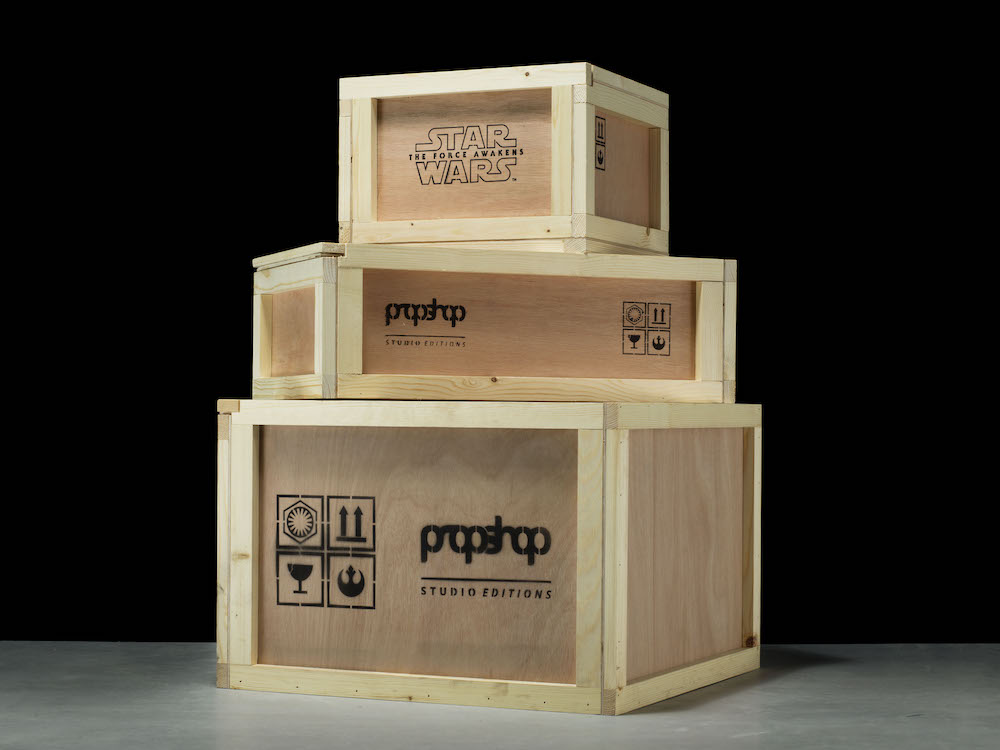 If it all sounds good to you still, you better hurry and make your purchase on the official website or regret it, you will.