Via The Daily Californian

When I was growing up, there was a time when the desire to become “part of the magic” resided in me. I don’t think I’m alone either! I’m confident that many of you who read our site also had a desire to work for Disney in some way.

One of those people was Kristine Sanders. She’s currently a student at the world-renowned UC Berkeley in Northern California, but she grew up just a few miles away from Disneyland. Like many other SoCal natives, those visits to the park were part of growing up and followed her throughout her academic career.

“I grew up in Southern California, so Disneyland was just a part of my life,” she told me over the phone in an interview. While she went to the parks a lot, she couldn’t get over one aspect of them: their design.

Sanders spoke to about how she’d feel things when she’d walk into a land. It would incite pure happiness in her being transported into another place, another time. Behind that happiness, however, Sanders knew it was for a reason.

She placed that thought in the back of her head as life called her to college. Sanders ended up at Cal, the prestigious university, through an athletic scholarship and set out to find what she wanted to do with her life. A few short years and classes later, she found a major that would allow her to revisit that Disney thought.

“There’s a major that will allow me to focus on design and Disney? I’m in!” she said.

Sanders entered the College of Environmental Design as an independent major, which allowed students in the program to focus on the design of something they wanted to pursue. That design, of course, was the design of Disneyland.

It wasn’t a simple process though. She had to “design” her own major, meaning she had to find classes that would teach her the basics of design through a Disney lens. That meant taking a variety of courses like architecture, art, and even psychology classes – meeting all the unit requirements and have a graduation plan. Together with her faculty advisor (who also happened to be a big Disney fan), Sanders did her work to find out why places like Disneyland were so magical.

Designing and then executing to obtain her passion-driven education wasn’t her biggest challenge though. It was her fellow students.

“The biggest struggle was having people take me seriously,” she said. “When I described what I was doing to my classmates, they’d laugh.” She thinks that laughter came because of the mindsets people have when they think of Disney. “They think Disney is just the cartoons and for little kids.”

That teasing, along with the “old school” architecture thinking that her classmates had who desire to work for prestigious firms, would discourage many people who’d be in Sander’s shoes. Sanders wasn’t discouraged at all. She took it all as encouragement as she set out to prove them wrong.

Today, Sanders is a graduate with her Disney degree and has plans to work for Disney as an Imagineer creating Disneyland-like places. As for her desire to find out how Disney theme parks and resorts are magical places, she placed it in the titled of her thesis that describes the three things needed to design of each one: “Imagine, Inspire, and Innovate”.

Those three things under her belt, we can bet that she could be the master planner of a future Disney Park or cruise ship one day. She already has wooed and connected with Imagineers in hopes of getting the job.

Until she gets her dream job, nothing is stopping Sanders from designing other places and spaces with a Disney lens. “[Any] space is made to respond to our most basic human needs,” she said. “I truly believe the efficient and evoking places like Disneyland can change our world and make it all much more a happier place.” 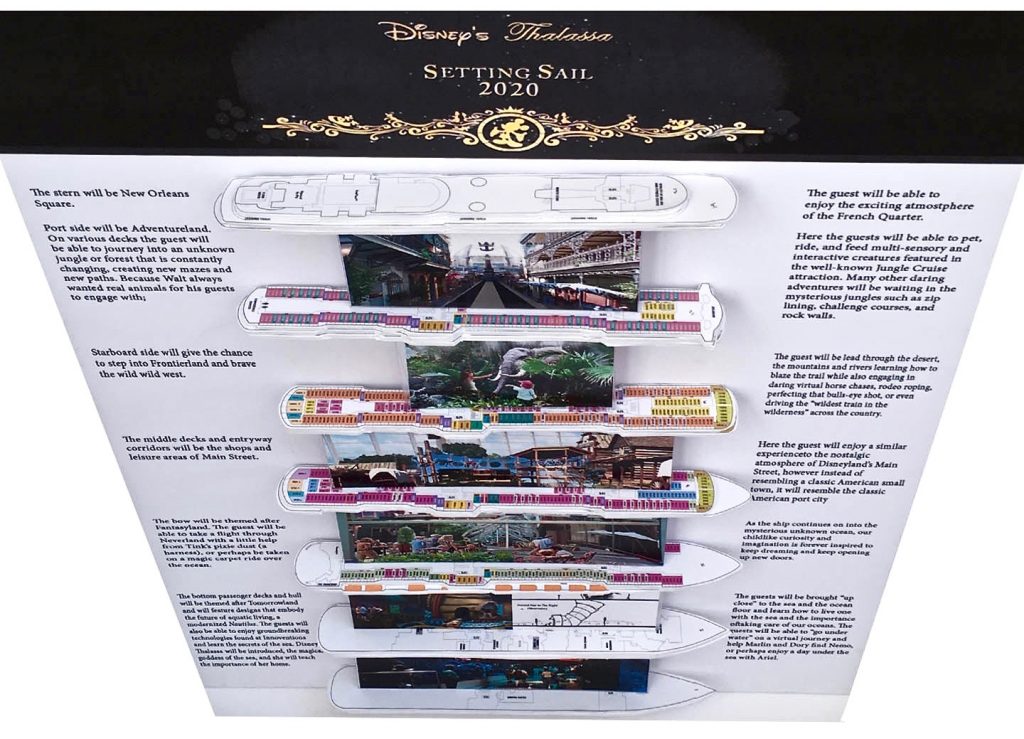 It was many statements like these that reminded me of someone who also wanted to make the world a happy place through his own space – Walt Disney. And for Sanders, helping to build a better, happier world is the greatest tribute she can give to a man who inspired her and made her happy when she walked through Disneyland as a SoCal kid all those years ago.

“I hope that my work would make people feel great, magical, and happy; just like he did for me and so many others today.” And in that spirit, it’s off to work she goes.

My special thanks to Kristine Sanders for her time in helping produce this piece. Wishing her all the best as she chases her dream!