E3 this year was kind of dry in terms of anything Disney related, for obvious reasons.

Aside from the demo for Kingdom Hearts HD 2.8 Final Chapter Prologue not much else was talked about except for one thing: Star Wars! Electronic Arts during their press conference announced Star Wars: Galaxy of Heroes, Star Wars: The Old Republic and Star Wars Battlefront. There are a few new Star Wars games being produced as well. Let’s take a look! 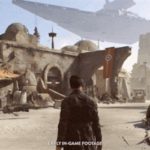 Visceral Games is creating their own Star Wars game. Not much is known about the game aside from the fact that it’s being made from the creators behind Dead Space and Battlefield Hardline and the creators are working with Amy Hennig, who is a former director for Uncharted. The game will be a third person action adventure game with an original story in the Star Wars Universe. 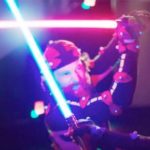 The developers of Titanfall have decided to give it a shot and create a brand new Star Wars game, but there is even less information about this game than Visceral Games’. The only known thing is that it is also a third-person adventure game that is on a different timeline than the previous EA Star Wars Games.

There seems to be a lot that we don’t know about the upcoming Star Wars games and the VR counterparts are no different. The good thing is that we will get Star Wars VR in the future. The bad thing is that we know next to nothing, other than the fact that Battlefield creators DICE are working on it. They are also working on a Star Wars Battlefront VR mission that looks to be an x-wing simulator. It’ll be available later in the year on the Playstation VR.

What are some things you’d like to know about the upcoming titles for these games? Let us know what you’re excited about!