Films have always been considered a form of entertainment. From black and white ones to animated ones, they’ve changed in style and story. Still, they’ve always been able to capture audiences through their messages and the effects they have on people.

For the Suskind family, the classic Disney animated films from the 90s were good-hearted films that they could share together. “We didn’t like Disney for no reason,” said Cornelia Suskind to DisneyExaminer. “We watched them together, but knew that we’d have to be rely on them one day.”

It wasn’t an unhealthy reliance either. It was a very healthy one because the films were, surprisingly, the key that Cornelia, her husband Ron, and her son Walter used to communicate with Owen.

Owen Suskind was diagnosed with autism when he was 3-years-old. The cognitive disease ultimately took away the lively chatter and fun loving enthusiasm that he had as a child. “He went silent,” said Ron Suskind. “Our father-son relationship was forever changed. We were devastated.”

The silence extended into the years with the family still watching Disney animated films regularly. At every sitting, it seemed like Owen knew what he was watching like he always had been, before the diagnosis. It was playing off a hunch one fateful day in Owen’s room that Ron decided to try something new to connect with his son.

Ron said, “I pulled the puppet we had of Iago (Jafar’s bird in “Aladdin”) off of Owen’s bed and put it on and proceeded to talk as Iago, hiding myself.”

In Iago’s voice, Ron asked “Owen – when did you and I become such good friends?”

“When I watched Aladdin, you made me laugh,” Owen said.

If there was a ‘dream come true’ moment for the Suskind family, it was that exact moment when Owen and his dad had that conversation, speaking to each other for the first time.

The time since then has been a whirlwind of joy and equal struggle for the family. Owen still suffers from autism, but he’s grown up able to understand the world around him thanks in larger part to his favorite Disney animated films.

“We knew he was using these films to reason and understand everything going on, but we wanted to explore why,” said Ron.

Together with a team of scientists and psychologists, and Owen’s unlocked mind, they set out to understand together. Was it really Disney movies providing them healing from this cognitive disease or something else? What they discovered was something they’ve coined as “Affinity Therapy”.

As the name hints at, it’s a therapy that uses things that autistic people have a strong affinity (or love) for in order for them to communicate and think. For Owen, his affinity for Disney’s animated films were so strong that it allowed him to express himself. “We even had the scientific proof in doing brainwave tests with Owen that showed his increased brain activity while watching his Disney movies,” Ron continued.

Owen’s mental health has improved so much that the Suskinds are hoping that other families who are struggling with autism or other cognitive disabilities can use it as a therapy tool. Cornelia just said that they should just switch out Disney for whatever the person who’s struggling loves the most.

“Disney was Owen’s love,” Cornelia said. “It’ll be different for a lot of people, but Disney worked for us.” 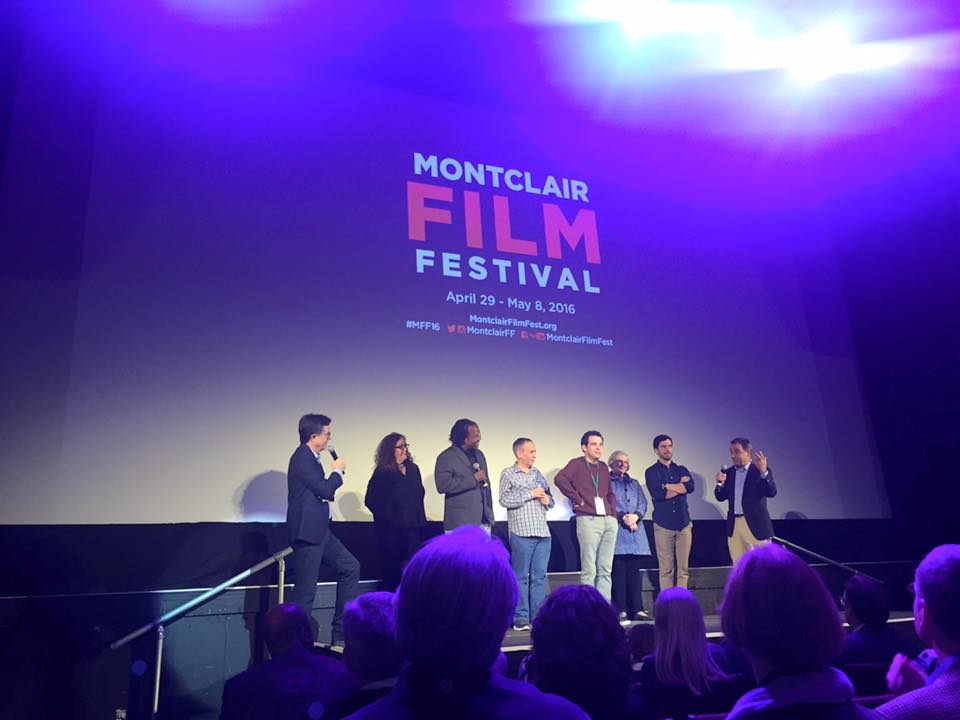 Gilbert Godfrey (C) with the Suskind Family and the “Life, Animated” creative team

It worked and is still working in the life of Owen. His narrative was beautifully captured within a best-selling book by his dad and Pulitzer Prize-winning journalist Ron and in a new documentary that’s about to debut nationwide in theaters starting in July.

We’ll have more on the documentary in the coming weeks leading up to the film’s release, including a review.