**Possible spoilers for Finding Dory below! Seriously, if you haven’t seen it, don’t risk it.

“Finding Dory” is all about Dory, so it follows that a lot of the story is told in flashbacks, many of which depict Dory as a small baby fish.

This adorable version of our favorite Blue Tang has already won the hearts of many who have gone to see the movie since its June 17th opening day. 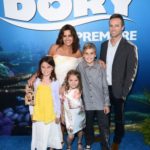 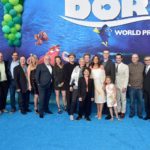 “I think [‘Finding Nemo’ and ‘Finding Dory’] are good complements to one another. I think this movie is similar in tone, in character and in emotion, but it’s introducing everyone to a whole new slew of characters,” Collins told Variety.”The main character they love from the first film, but really didn’t get to know to the depth that I think you get to know in this film.”

Part of that depth is seeing Dory as a baby, whose adorable design is only made that much cuter by Murray’s voice. This is Murray’s first film according to IMDB, but she’s already made quite a splash – who knows who she’ll lend her voice to next?