As the Freemakers start off their adventure on Disney XD let’s talk about how this show will help bridge the gap between classic Star Wars fans and the next generation! While there is a great surprise at the end of episode 1, we won’t go into that so no spoilers ahead. What we will talk about is how great the series takes into consideration “Star Wars” fans of all ages, diversity in the show, and ultimately the great humor of the LEGO universe combined with the epic story of “Star Wars”!

What I enjoy about this show so far is how an audience who experienced the original Star Wars films in the 80’s and kids of this generation can experience “Star Wars” together. The series is set between “Star Wars: The Empire Strikes Back” (1980) and “Return of the Jedi” (1983), and it has been almost 36 years since this time zone in the “Star Wars” universe has been explored! In that time we have had multiple shows, games and even a brand new trilogy starting with “Star Wars: The Force Awakens” (2015).

While a younger audience may need back story to understand why Luke Skywalker is so important in “The Force Awakens” they have an opportunity to learn the about galaxy through “The Freemaker Adventures”. The Freemakers in LEGO form approach the “Star Wars” galaxy by establishing what the Force is, that Darth Vader and the Emperor want to control the galaxy, and who the Jedi are. The show is truly family friendly and entertaining for older “Star Wars” fans who can enjoy a new adventure in the galaxy and share the legacy with kids who will enjoy the story in LEGO form! 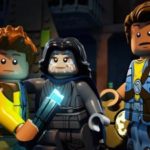 As the characters are in LEGO form, there is some ambiguity as to who the Freemakers really are. One of them is actually the shade which the Freemaker family is built in. They are a LEGO family in the preexisting LEGO color “Nougat”. Producers Bill Motz & Bob Roth shared that they wanted to have their characters be an undefined, mixed ethnicity. They wanted anyone to be able to relate to the Freemaker family. Even the voice actors of the Freemaker family – Nicolas Cantu as Rowan, Vanessa Lengies as Kordi and Eugene Bryd as Zander – are a diverse cast. Having a diverse cast and using the LEGO shade “Nougat” it shows the thoughtfulness that the show brings to their audience.  The people who worked together to create “LEGO Star Wars: The Freemakers Adventure” want all audience members to enjoy their show and story about a unique family in the “Star Wars” universe. 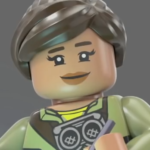 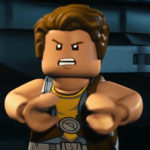 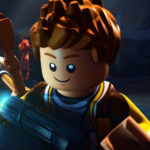 The Freemaker family also have their own legacy to uphold.  The producers of the show decided Freemaker would be a great family name to represent their responsibility to make freedom in the galaxy. It also plays on the idea of LEGO itself, as many LEGO fans freely build whatever they want with sets. The family can do both, but they mostly build hybrid ships freely from what they scavenge in space. The end result of the name “Freemakers” gives the audience a little familiarity of what to expect from Rowan, Kordi and Zander as they live up to their family name the Freemakers. 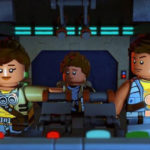 An audience who has seen all the “Star Wars” films may wonder: is “LEGO Star Wars: The Freemaker Adventure” considered canon? The answer is that it’s “canon paraphrased,” meaning all the plot lines and characters’ storylines follow what is already established in the “Star Wars” universe.

The show will integrate flashbacks of the Clone Wars and we will see Luke, Leia and Han in the show eventually.  What the Freemakers experience in LEGO form will be within the “Star Wars” universe. What will be different, however, is unexpected humor from familiar characters like Darth Vader and the Emperor. The characters will still be the “bad guys” of the show, but as it’s a Disney XD series expect the Emperor to make jokes. Those who have played LEGO Star Wars games before know it’s all part of LEGO humor, and it’s actually pretty funny to see serious characters played lightly. An unexpected character the audience will see in LEGO form is actually the bounty hunter Dengar; the producers of the show loved Dengar’s character so much in the films that he will be included in “LEGO Star Wars: The Freemaker Adventure”. 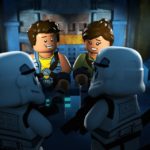 To me this show is more than just a kids show on Disney XD. “LEGO Star Wars: The Freemaker Adventures” is an opportunity to unite older “Star Wars” fans with a new generation of fans. There is humor, thought and something for everyone to enjoy while watching the Freemaker Adventures. I look forward to seeing the Freemaker family’s growth and especially how they will overcome the secret in the first episode. Learn more about how the voices of the Freemaker family feel about the show and its creation here, and be sure to watch the show – it’s a must-see for any “Star Wars” fan! 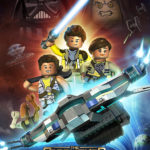 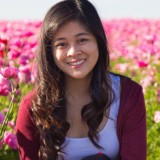