Game shows have been a regular Sunday night activity for many families, and with ABC’s new Sunday Fun and Games block, you too can enjoy modern versions of some of your favorite shows. As if that isn’t good enough, ABC is also hosting a new show called “Greatest Hits,” which brings your favorite musicians together to celebrate the biggest hits from the past few decades! 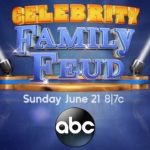 This already popular game show gets a famous twist as it features celebrity families going head to head, trying to guess the top answers on the board. Hosted by Steve Harvey, the second season of this celebrity edition is great for any game show fan! Be sure to catch the premiere on Sunday, June 26 at 8:00 PM. 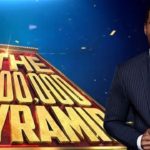 This classic word-guessing game pairs contestants with famous counterparts in an effort to win $100,000. Hosted by Michael Strahan, the game is sure to feature some of the most popular contemporary stars! Join the fun on Sunday, June 26 at 9:00 PM to see this modern version of the well-loved game show. 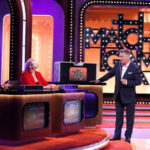 With Alec Baldwin hosting, this game show pitting contestants against each other in an extreme game of fill-in-the-blank is perfect for any game show enthusiast. With an all star cast of Golden Globe, Emmy, Tony and Grammy Award-winning entertainers, this show is one you won’t want to miss! Catch it on Sunday, June 26 at 10:00 PM. 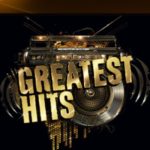 Catch the new Sunday Fun and Games block beginning on Sunday, June 26 at 8 PM, and be sure to see “Greatest Hits” beginning on Thursday, June 30th at 10 PM!