This week marks the date for the 100th Disney channel original movie Adventures in Babysitting. Starting with the movie Under Wraps which came out in 1997, Disney Channel has been making original movies for the past eighteen years.

After watching most of them from my childhood and well into my teens, I can say that Disney Channel original movies or DCOMs are a guilty pleasure of mine. Some DCOMs had sequels, such as Horse Sense and Jumping ship or Twitches and Twitches Too. However, some movies were just standalone films and never had sequels. Of course some DCOMs were perfectly fine with one film, but other got me thinking about what happened after the movie’s events. Read on to find out which movies I thought could have great sequels! 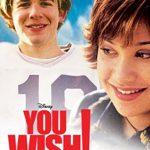 You Wish! stars AJ Trauth as an average student in high school named Alex who has a little brother named Stevie. One day he uses a magic coin to wish that he never had a little brother. In that alternate reality he appears to have the perfect life but there’s something missing, and he ends up on a journey to try to get his little brother back. In the end, Alex finds a way to get Stevie, as well as his life, back.

A possible sequel for this film could be about his little brother who at the end of the movie wished to become a great skater. The next movie could follow Stevie through skating competitions and his relationship with Alex, who is low-key jealous of Stevie’s abilities. 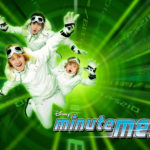 Minutemen is about three high school students named Virgil, Charlie, and Zeke who can go back in time to try and manipulate their lives into how they want it to be. They create a disruption in the space time continuum and a black hole in their town that they have to stop, which they do of course. At the end of the movie Zeke suggests learning about teleportation, which the other two shrug it off.

What if there was a sequel that showed them actually using teleportation to get them into another messy scenario that could potentially ruin their high school reputations or even their lives? That sounds like a great sequel to me! 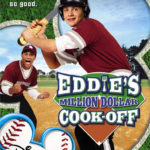 Eddie’s Million Dollar Cook-off stars Eddie, who is a baseball prodigy. Yet he has one secret: he loves to cook. Throughout the movie he struggles with trying to balance cooking and baseball which turns his friends and family against him.

I think this movie would be perfect for a sequel. At the end of the DCOM Eddie loses the million dollar cook-off but wins the baseball championship. The sequel could have Eddie convincing his friends to help him in a group cook off with another rival school, all while trying to find out if he wants to attend a cooking school or attend a university with a baseball scholarship. 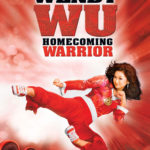 This movie is action packed with Kung Fu, Chinese traditions, and Brenda Song. It is about Song’s character Wendy, who is the latest reincarnation of a mighty Kung Fu warrior and the only person that can defeat the evil Yan Lo. Imagine that Yan Lo was only temporarily defeated and a year later while on vacation with her family Yan Lo took them hostage, prompting Wendy to once again awaken her powers for the greater good. This would be a perfect setup for a sequel that shows even more martial arts and cultural tradition.

Now you see it… 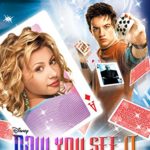 Last but not least, Now You See it… would be a perfect movie to have a sequel. This movie is about a kid magician named Danny who enters a magic competition reality T.V. show. He learns that he has actual magic powers, but doesn’t know how to fully control it yet. Danny gets help from the host of the show, Max, who has magical powers as well; however Max’s plans suck Danny’s magic out to use it for his own purposes. In the end of the movie, Danny learns to harness his magic and defeat his enemy who then goes into hiding. The sequel to this movie would be an epic showdown of magical proportions between Danny and Max who comes back after recovering from the first battle.

Disney will continue to create original movies for a long time. If they will be anything like they have been I will probably be watching them when they come out. Here’s to another hundred original movies and to a lifetime of entertainment! Don’t forget to watch Adventures in Babysitting, the 100th DCOM, starring Sabrina Carpenter and Sophia Carson this Friday June 24 at 8pm ET/PT on Disney Channel.