A girl named Sophie encounters the Big Friendly Giant who, despite his intimidating appearance, turns out to be a kindhearted soul who is considered an outcast by the other giants because, unlike them, he refuses to eat children. (From imdb.com)

I absolutely loved Roald Dahl books growing up, so it’s no surprise that watching “The BFG” was a really exciting experience for me. Who doesn’t love seeing a childhood favorite on the big screen?

While adaptation is always a big issue, I believe “The BFG” is actually a really good version of Dahl’s tall tale – it doesn’t re-tell the story, it re-interprets it into something new. Perhaps the successful change from book to screen comes from the fact that the film is rooted not only in Roald Dahl’s mind, but was also created by the hands of Steven Spielberg and Walt Disney. The combination of these three great imaginations produced something I think all viewers (whether you read the original book or not) should see.

“The BFG” tells the story of a young girl named Sophie (Ruby Barnhill) who is captured by The BFG, or The Big Friendly Giant (Mark Rylance). Though at first the two butt heads, they slowly develop a friendship, which results in The BFG telling Sophie about the way the other giants in Giant Country eat children from around the world. With Sophie’s determination and The BFG’s dream-catching abilities, the two team up to alert the Queen of England about the Giants, hoping she will help stop them. 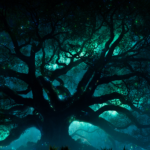 As a film by itself, “The BFG” is absolutely beautiful – literally! The crumbled look of the English orphanages, the whimsy of the tree where dreams are caught, the regality of the Queen’s Palace – all these settings were created to look amazing on screen.

What’s even more amazing visually, however, is The BFG himself, played by Mark Rylance. By joining different technologies together, “The BFG” presents giants who look and feel real. The BFG’s movements and facial expressions capture a contrast of real and unreal, similar to the images of The BFG in the novel. Paired with Rylance’s excellent voice acting, this BFG becomes very convincing, especially in his relationship with Sophie. It’s fun to see the two characters develop a friendship onscreen, especially because one is so big and the other so small. The CG used doesn’t take away from the film – rather it sets up an interesting dynamic between Sophie and her giant friend. 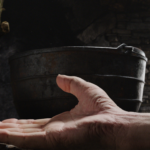 The story of “The BFG” stays very close to the novel. As an adult watching a movie based off of a book I loved when I was a kid, I felt that it’s worth noting that watching “The BFG” isn’t the same as reading it. Most of the novel’s story was written as a conversation between The BFG and Sophie, and while the two characters have the same sort of talks within the movie, “The BFG” adds more action and changes a few scenes, possibly in order to keep the audience’s attention. Still, the movie does feel like an obvious book adaptation – it begins a little slow and requires its audience to keep close attention to the conversations that happen in order to keep up with the plot. Because of this it may be difficult for “The BFG” to pin itself as a children’s movie; though it is visually fun the story may be hard to follow. 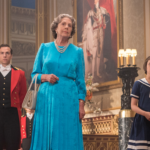 I still believe, however, that “The BFG” is a good adaptation of the novel, and presents a story that most people will find fun. In addition the changes that were made from the novel, seem truly necessary to adapting the story to a family-friendly film. Though some of the violence of the novel is downplayed and a few of the scenes diverge from their written counterparts, the film still captures the same whimsy and wonder as the childhood book.

Many fans of Dahl’s writings will love this film for the way it translate the same sort of silliness (and seriousness!) into a movie. In the same way, I hope that many who haven’t read the book will give the film a chance – it really is a fun, imaginative look at the way a child’s imagination works in a world full of adults. While I believe that it’ll be fans of the novel who will truly enjoy this movie, I think it’s a good watch for anyone who enjoys fantastical stories.

Meet “The BFG” himself, in theaters July 1st!