As much as I want to deny that I love social media, I can’t. I find myself constantly checking my phone throughout the day, and often start my mornings and end my nights by scrolling through different apps. Sometimes I am shocked by the content that’s put online, and wish for something safer, and more similar to the things I like – like Disney, for example.

Disney’s one of those companies I follow on all accounts; their content is very well-tailored to different kinds of social media, and I appreciate that. Their accounts, however, have always been separate – until now.

Disney LOL is a brand new app that brings all of Disney’s social media into one place, organized by type, and made kid-friendly for all kinds of viewers.

Before you back away at the sight of “snapchat” or Disney using the word “lol” in an official app, consider the fact that Disney’s trying to reach a wide spectrum of audiences. At the end of the day, regardless of what the app is called or what other apps its similar to, I’ve come to the conclusion that this app is actually pretty good (and pretty great, if you’re a big Disney fan).

In order to really understand what this new app is about, I decided to test it out and download it myself. 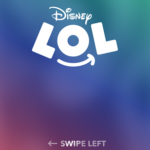 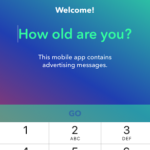 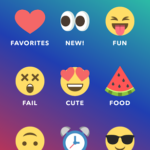 I was greeted by a very a cute logo that ordered me to “swipe left,” and once I did I had to enter my age which, supposedly, controlled which ads you could see (I had to wonder what restrictions they’d put on ads on a “kid-friendly” app, but I ended up putting my real age in, which is definitely above the age limit anyway).

The app then very abruptly played this loud video of Sam the Eagle and other Muppets singing happy birthday to America. This made sense, as it was the 4th of July, but still scared me a bit since the app just jumped right into content. It took me a few seconds before I could figure out how to get to the main menu (you just click on the logo at the top of the screen – adult me was probably overthinking it).

The menu is very cute and organized in a buzzfeed-esque way through different types of categories. Each category, however, is just like a separate Snapchat channel – except they’re all Disney themed, taken from Disney’s content on different social media platforms. Keep swiping on a specific channel and you’ll find all kinds of Disney-themed content. 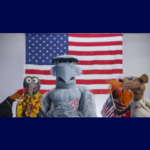 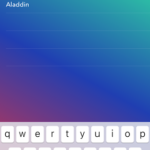 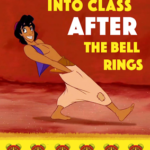 The app has two functions I really appreciate: the first is a “favorites” section, meaning that you can actually save your favorite posts to watch again later – a feature even Snapchat doesn’t have! Disney LOL also has a search feature, allowing you to find posts easily – again, another feature unique to this app!

So basically, Disney LOL is a Disney / Snapchat lover’s dream – and I really did enjoy exploring it. I like scrolling through Snapchat on my own, and having a space that’s not only kid-friendly but also Disney themed is totally cool with me.

The only thing that really bothered me was that unlike Snapchat, this app has ads you can’t click through. The ads are sponsored, and seem to point to the fact that Disney is viewing the app in terms of monetary benefits.

Honestly, however, those ads might be a good reminder that sometimes I need to put my phone down, even if the app I’m playing with is a good one. If Disney is profiting off of the app, I’d say it’s for a good reason – it really is a fun little app. 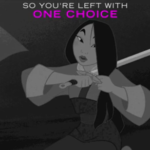 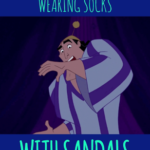 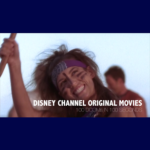 In addition to Disney LOL, Disney’s also released an app called Mickey Video, which literally just puts a bunch of Mickey cartoons (both old and new!) as well as some new content (like the new royal Winnie-the-Pooh story) onto your phone. Like Disney LOL, it allows you to search and save favorites.

Check out Disney LOL and Mickey Video today, both available for free on the App Store and on Google Play, as well as online, where the website features much more content, including games, character bios, and videos. The apps are amusing to explore – just be sure to put down your phone once in a while!