Though many of Disney’s movies are artistically diverse, many animators come from one university in particular – CalArts. Located in Valencia, Santa Clarita, California, the California Institute of the Arts is a private university that was created, in part by Walt Disney himself, for students venturing into visual and performing arts.

The history of how CalArts came to be started in 1929 in Chouinard Art Institute. Some of Walt Disney’s first animators were trained at this art school, and since Walt Disney had no money to put these inexperienced animators to school, Madame Chouinard agreed to have these artists trained on a pay-later basis. Studio artists like Mary Blair, Maurice Noble, and some of the Nine Old Men were trained and discovered at Chouinard. 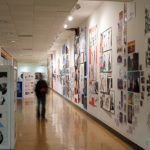 When Mrs. Chouinard had a stroke in the 1950s and couldn’t run the school, Disney supported the school financially and helped with administrative duties, never forgetting how much Chouinard helped him since the beginning of his relationships with his animators. By 1961, a merger of Chouinard Art Institute and the Los Angeles Conservatory of Music led to the development of CalArts, which was officially had its first academic year in 1970-1971.

Attending CalArts isn’t easy: GPA and SAT scores are not as important for admissions compared to other universities, and an artist’s statement and a portfolio or audition are required for consideration of admissions. Still, it’s definitely a great goal for those who are looking to study the arts. 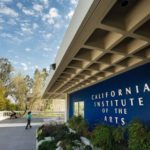 If you want more information on the history of CalArts here’s a timeline that you can find on their website.

Getting a job to be a Disney animator is much more than the school you went to, but attending CalArts won’t seem to hurt your chances. Check out more about CalArts today!