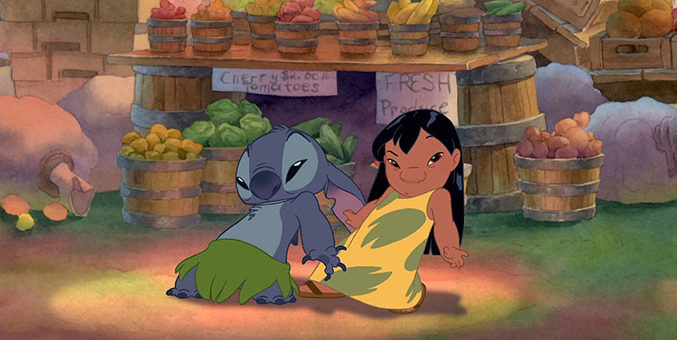 When we think of summer, one of the things that pop into our brain is movies! Back in the day it used to be movies in movie theaters, but in today’s world movies = Netflix.

What better way to take a break from Pokemon GO than by watching a Disney movie? Whether you’re looking for the perfect marathon series or simply want something nostalgic to relax to, these films will definitely find a place on your list. Here are the top 10 Disney movies that are great for the summer and are available right now on Netflix!

“What time is it? SUMMER TIME!” This movie literally starts out in a classroom full of students chanting “summer, summer, summer…” Let’s go back NINE years ago to this highly anticipated Disney Channel sequel! Sure, the storyline is a little cliché and music is kind of cheesy, but it is very catchy and nostalgic, and you’ll catch yourself singing along to the lyrics. You can…bet on it!

While this movie is not the most popular Disney movie around, “Brother Bear” is a movie worth watching. The protagonist is an Inuit boy named Kenai who vengefully kills a bear after it kills his brother. The spirits then turn Kenai into a bear himself to punish him for what he did. This is a great movie that teaches audiences about forgiveness, and walking through life in someone else’s shoes – or paws to be exact. Set mainly in the wilderness and showing Kenai’s explorations through different environments (and relationships!) this movie is a great summer watch.

8. The Many Adventures of Winnie the Pooh

This is a classic Disney film that shows us why we all fell in love with this silly old bear, and all the other animals in the Hundred Acre Woods! Though this OG animation doesn’t have fancy CGI, what that this movie does have are captivating characters and storylines that any child or adult would enjoy! To put it simply, this movie is very easy to follow along with characters that are just sweet as honey.

Not only does Netflix have “The Cheetah Girls”, they also have the second and third movie as well! You know what that means? A Cheetah Girls marathon this summer (YASS QUEEN)! Let’s go back THRITEEN years ago to the original movie, and watch Bubbles, Chuchie, Aqua, and Do climb their way up the latter to fame.

This is personally one of my favorite Disney sequels. Of course, I prefer the first movie to this one, but this straight-to-video sequel was pretty good. I love how the plot in this movie deals with being honorable for others, but also involve discovering ways to also honor yourself. The original characters in this movie are just as funny as those in the first film, and the song “I Wanna Be Like Other Girls” is a fun one to sing!

5. Tinkerbell and the Great Fairy Rescue

I am an avid fan of the “Tinkerbell” movie franchise. I would highly recommend watching all of the Tinkerbell movies on Netflix (REALLY, they are SO good), but if I had to pick one to watch for the summer it would be
“Tinkerbell and the Great Fairy Rescue”. This movie takes place during the summer time, and it shows the interaction between a human and a fairy, which is very different from the other films. This is a great movie that not only shows loyal friendship, but also shows how two unlikely people can become friends too.

BOOM BABY! This is hands down, one of my favorite Disney films ever! I remember when I was a kid, my grandma gave me a bootlegged VHS of this movie and even though there were fuzzy parts I loved it! When I finally got a legit version of the movie I loved the movie even more! How can you not love all characters in this film? From the serious character development in Kuzco to Kronk’s silly antics, “The Emperor’s New Groove” is one of the funniest Disney movies out there, making it perfect for a summer watch.

“A-R-M P-I to the T. What is that you smellin’, dawg, that’s me.” This movie was my childhood! It was one of my first non-animated movies that I fully watched and enjoyed as a kid. This movie deals with some intense stuff, and I remember cringing when the Warden (Sigourney Weaver) put on that venom nail polish and slapped Mr. Sir (Jon Voight) on the face. This movie shows me now that I would rather be walking around in the hot sun (playing Pokemon Go) than digging holes in the middle of a dessert – but that doesn’t mean that “Holes” isn’t still a fantastic summer movie for adult Disney fans.

My whole family and I actually sat down and watched this movie during 4th of July. Not only is the soundtrack for this movie is BOMB, the storyline can captivate all viewers, whether you’re a 5-year-old or a 65-year-old. Watching Tarzan swing through the jungle kept us feeling cool on the hot day, and hearing us gasp at some parts were hilarious! This is a great movie that will entertain the whole family.

If this movie doesn’t scream summer, I don’t know what will. “Lilo & Stitch” is the epitome of a summer movie. It shows Lilo and Stitch’s adventures outside of school, and it’s set in Hawaii! Watching this movie will make you feel like you’re in paradise – and also make you crave some shave ice!

You have all the time in the world this summer, so watch some of these movies to bump up your Disney knowledge! Whether you are by yourself, with your boo, or with your whole familia, watching these Disney movies will help you relax this summer.