Earlier today, Star Wars Celebration, the official Star Wars convention, started in London. And as with past events, Celebration opened with a panel highlighting the Star Wars film that’s coming later this year – Rogue One.

The first Star Wars anthology film has been shrouded in mystery apart from knowing that it will be how the Rebels stole plans to the Death Star.

For those who were in the Rogue One panel room at Celebration, they were treated to even more news about the film. The ensemble cast lead by Felicity Jones was present, as well as director Gareth Edwards and producer and Lucasfilm president Kathleen Kennedy. The video of the panel discussion hasn’t been posted yet, but people who attended shared on social media that the attendee-only trailer featured Darth Vader.

It was highly rumored that the dark looming figure was going to appear in the film, but if the crowd’s very enthusiastic reaction was any indication, it was validation for the creative crew. 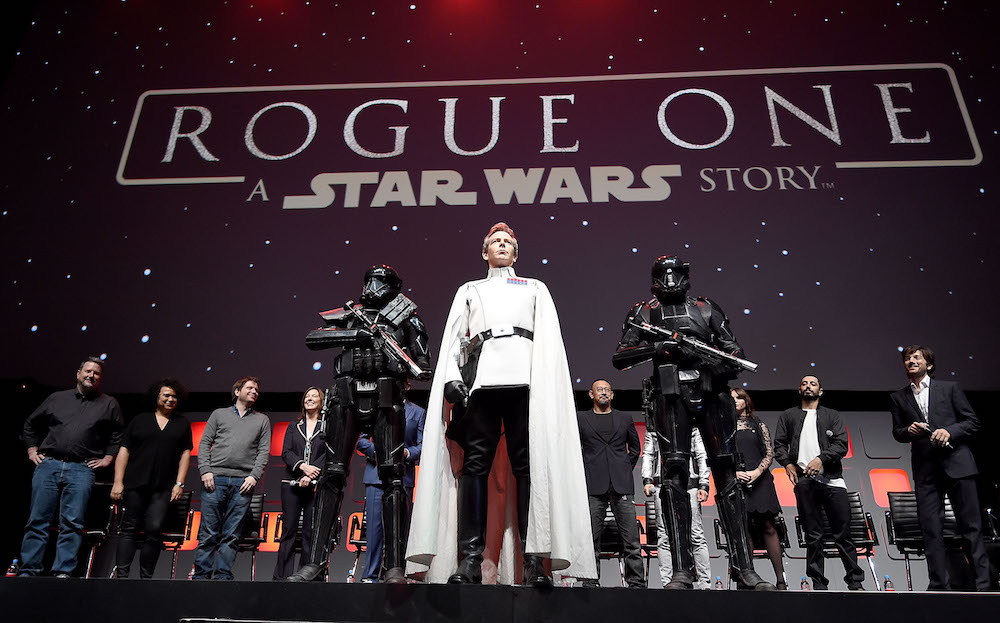 That validation came at the right time as their decisions were recently criticized with news circulating that the film had to undergo reshoots based on Disney executives’ feedback with many of them saying that the film didn’t have a “Star Wars” feel. Kennedy was quick to address that at the beginning of the panel defending what they had made.

“It’s a style that is unlike any other Star Wars movie,” she said remembering director Gareth Edwards, camera on his shoulder, testing shots guerilla-style. “I think that’s what’s so amazing about his style,” she said continued commenting on how down-to-earth everything will be in a galaxy far, far away.

“This is going to be an incredibly immersive experience when you see Rogue One.”

We’ll see for ourselves when Rogue One: A Star Wars Story comes to theaters on December 16, 2016. 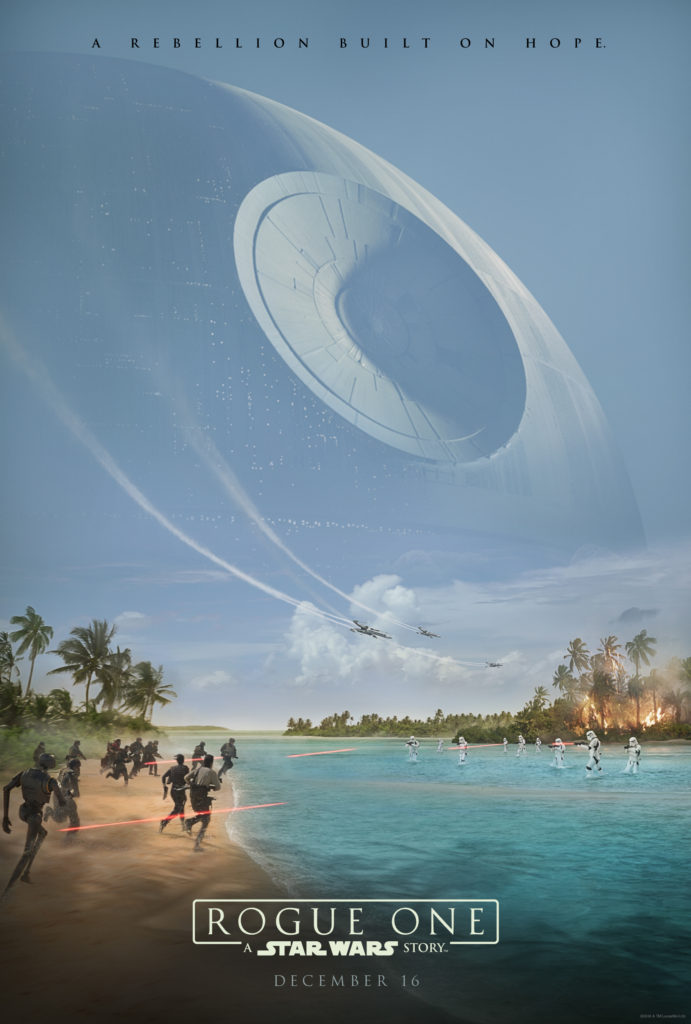