Unless you’ve been travelling, or living under a rock, you’ve probably seen the rapid rise of Pokemon Go (we even tried it out at Disneyland!). Whether you’re a fan of the “augmented reality” game or not, the impact can be seen with an increase of people walking around and exploring their neighborhoods.

So perhaps you’re asking, “okay, what does this have to do with Disney?”

I enjoy that the game has allowed me to engage with Pokemon in a new way – I can BE a Pokemon trainer. As I played the game, however, I kept thinking about how the game would differ if Disney had released it. As a Disney fan, I would love the opportunity to take a trip down memory lane and interact with another part of my childhood in a new way. So – how should Disney respond to Pokemon Go? I think they should consider jumping on board and creating an “augmented reality” game. 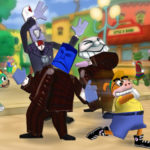 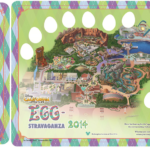 Disney has attempted similar types of games before, but none have been apps. They released ToonTown, an online paid game where cartoon animals fought against business robots trying to take over in 2003.

Every Easter in Disney parks there are an Easter egg hunts – while the hunt does not utilize any technology, an “augmented reality” egg-hunt game could be a new way to interact with the park.

But why take Pokemon Go as a model? First off, Pokemon Go uses the nostalgia aspect and the Disney brand lends itself to that. If Disney were to create a mixture of ToonTown the game, a Disney Park Egg hunt, and Pokemon Go, it could be also be a cultural phenomenon.

Of course, Disney can’t release something too similar because it would seem like a copycat game. So if they did, what should they do differently?

There are a few things Disney can learn from Pokemon Go – for one, to prepare their servers and improve battery saving options. A Disney-themed app could also be more visually appealing, especially for those who can’t move as much as Pokemon Go requires.

Most of all, however, this new game should have a magical touch. Disney should create a storyline that would allow fans to be a part of the story. Disney has limitless opportunities to use their many characters – from princesses, to Marvel, to even Star Wars, the company has great stories that many fans want to be a part of. The game definitely can’t play off of the idea of catching pokemon, but perhaps it could take fans even deeper into their favorite Disney stories by allowing them to talk and interact with characters.

While Disney hasn’t announced anything like Pokemon Go yet, maybe in the future we’ll be able to fight villains alongside Captain America or explore libraries with Belle in “augmented reality”!

Pokemon Go has set the bar high for mobile games. I’m looking forward to seeing how Disney responds to the new technology.