Every one knows who Walt Disney is – he’s the man who started The Walt Disney Company, the guy who came up with Mickey Mouse, the one who Disneyland is named after. But after many years of hearing about Walt Disney, it’s hard to know what was true about him and what wasn’t.

While it’s hard to get to the absolute truth, these plays and films attempt to portray different perspectives on Walt Disney’s life, and maybe by watching them all you’ll get a better understanding of who Walt Disney really was. 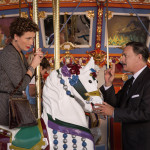 This film focuses on Walt Disney’s efforts to adapt P.L Travers’ novel into the film “Mary Poppins”. It does give us a perspective on Walt Disney’s personality, especially in terms of business, but overall the film’s focus is more on Travers, and only shows Walt Disney in relation to her. It is a film produced by Disney, indicating that the company had a hand in deliberately creating this specific picture of Walt Disney. 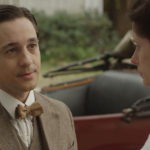 This film is less of a documentary and more of a, according to Wikipedia, “biographical drama film.” While it does have a narrator, “Walt Before Mickey” definitely feels more like an actual movie – it’s made up of re-dramatizations shot like a real film.

It traces the beginnings of Walt Disney’s life and shows the ups and downs he and his early animators faced until they finally stumbled upon the creation of Mickey Mouse. It’s really heartwarming, if not idealistic. If warm fuzzies aren’t your thing, perhaps an all star cast made up of Thomas Ian Nicholas (“American Pie”), John Heder (“Napoleon Dynamite”), and Jodie Sweetin (“Full House”) will be enough to get you at least curious enough to look it up on Netflix! 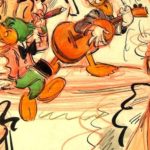 Of all the films on this list, “Walt and El Grupo” is the most documentary-like: it shows and examines the trip Walt Disney and his animators took to South America in the midst of WWII. It’s definitely a unique, historical look at Walt Disney’s life, and combines images and film with interviews from figures who were actually there.

This film was produced by the Walt Disney Family, indicating that this image of Walt Disney was carefully shaped by his family’s perspective. Still, Roger Ebert did give it three stars, so it must be worth the watch! 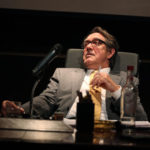 The N.Y. Times described a performance of this play as “a blackly comic inversion of the public Disney persona, in the form of a stylized screenplay being read in an anonymous-looking corporate conference room.” Out of all the shows on this list this seems to be the darkest, and the one that departs most from Walt Disney’s real life. If you’re interested in seeing a parody of the way Walt Disney is portrayed – and maybe can see some of the truth coming out of the satire – this is the play for you. No performances seem to be set, but you can get the screenplay online.

When You Wish: The Story of Walt Disney 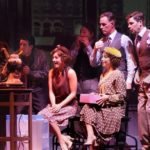 If “A Public Reading” inverts Walt Disney’s image, “When You Wish” seems to put it all back into place. The play appears to be an idealistic view of Walt Disney’s life, as The Arizona Republic deems it “Not a musical so much as a pageant.” The show is indeed a musical, setting songs to moments of Walt Disney’s life as it traces the growth of his career. The L.A. Times  does comment of the 2013 showing that “there may be no other place on Earth so free of Disney iconography,” so perhaps “When You Wish” would be appropriate for those who want to see Walt Disney’s magical life away from the stereotype of the Disney name. There are no current showings but the latest performance occurred at Phoenix Theatre.

Walt Disney was an idealist, a cartoonist, a businessman, a husband, an american, and a legend. You might not ever get to meet him yourself (unless “A Public Reading” is right about the whole cryogenics thing) but for now, these films and plays will definitely help you feel closer to the man who inspired your favorite mouse.