A crazy amount of information on Moana was released over this past week – from Comic-Con 2016 to character bios being released, we now know a lot more about Moana, her family and friends, and the conflicts she’s going to face when the movie premieres this November.

Check out the brand new Moana facts below, and if you haven’t yet, here’s a list of previously confirmed facts too!

1. The film’s backstory and conflict 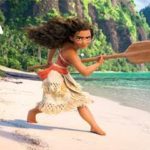 Moana takes place 2,000 years ago, and focuses on how Moana’s people mysteriously stopped exploring the ocean for a millennium before the film begins. Moana’s story will involve both her fulfilling a “quest of her ancestors,” alongside some of Moana’s own self-discovery.

There also seems to be some conflict between her father’s desire for Moana to follow in his footsteps and Moana’s own desire to explore the ocean. It’s also interesting to note that Moana, like Elsa and Merida, will not have a love interest. 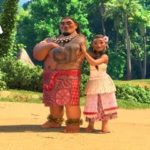 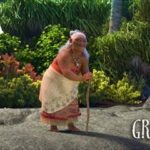 Moana’s grandmother Gramma Tala is her best friend. Voiced by Rachel House, Gramma Tala seems to be where Moana gets her fiesty spirit.

Moana’s parents are named Tui and Sina, and her father is the Chief of their village. No evil parent figures here, it seems! Tui (Temuera Morrison) and Sina (Nicole Scherzinger) appear to only want what’s best for Moana.

Lastly, and perhaps most interesting when compared to Moana’s love of the ocean, Moana’s people seem to be afraid of the ocean, or at least what “lies beyond the reef.” 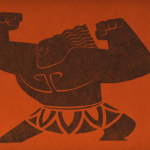 Maui’s tattoos are significant, especially a small one on his chest called “Mini Maui,” who represents his conscience. According to Collider, Disney brought in Eric Goldberg, famous for his work on classics like Aladdin and Hercules, to help animate the 2D tattoos.

Additionally, Dwayne “The Rock” Johnson will be singing in the movie!

4. Other characters and their voice actors 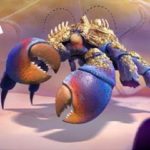 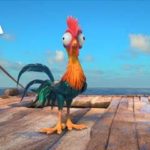 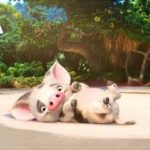 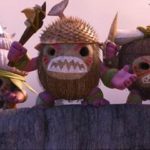 Lalotai, the realm of monsters, is one of the settings of the movie, and is home to  Tamatoa (Jemaine Clement), a “self-absorbed” 50-foot crab.

HeiHei, a “dumb rooster,” whose character developed from being a “jerk” to simply “very, very stupid” also makes an appearance after he stows away on Moana’s ship. HeiHei is played by a man familiar with voicing Disney character, Alan Tudyk! 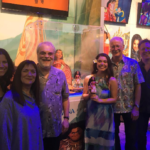 Moana already has her own doll! Here it is, alongside Moana’s voice Auli’i Cravalho.

6. Progress on the movie’s completion

As of Comic-Con 2016, Osnat Shurer (producer) claimed that only two and a half weeks of animation were left to complete Moana. They’re almost done!

An amazing amount of information about Moana has been released these past few weeks, but if anything it just makes us that much more excited for the movie.