Disney’s latest Pete’s Dragon is said to be set in Millhaven, a logging town somewhere in the pacific northwest, during no particular time period. It’s quite a mysterious premise from the start; where could creators find a space that captures lush forests, regal mountains, and a village with timelessness that a movie like Pete’s Dragon needs?

The answer: New Zealand, of course!

“I’d never been to New Zealand before, but when we were preparing this film, I knew we needed something special for the story and for the characters. And I had a sneaking suspicion that we’d find that in New Zealand and sure enough, we did,” says David Lowery, director of the film. “New Zealand just has something magical about it, that extra layer of magic that we needed. And I don’t think we would have found that anywhere else.”

Four main New Zealand locations, each with their own unique spirit, helped give Pete’s Dragon the magic that Lowery was looking for. 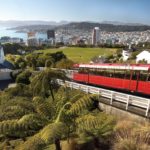 Production for the film began in Miramar, Wellington’s “film industry hub.” The city is also the home of Weta Workshop, which used the latest digital effects to bring Elliot to life.

Wes Bentley (Jack) expresses his admiration for Wellington’s city life: “I thought Wellington was just one of the, one of the best cities I’ve ever been to. Definitely the best city I’ve ever shot a film in because it’s a very accessible city. You can walk from one end to the other in no time and a lot of great coffee, a lot of fantastic food, the people are very, very nice. It’s a beautiful city, I think, even when it’s windy and cold, but it’s, it was, it was just stunning, the city I’d live there if I could.” 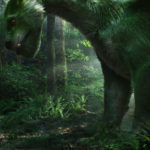 On the same island as Wellington but much farther north is Rotorua. This location is known for its bountiful redwood forests, making it a suitable reflection of America’s pacific northwest.

Robert Redford (Mr. Meacham) has nothing but praise for this area of New Zealand, especially in terms of culture: “I think the most outstanding part of the trip for me was being in the centre of the country Rotorua, the heart of the Maori culture. I have, for a long time, been very interested and involved in indigenous cultures, starting with Native Americans. The way they (Native Americans) see the world is very similar to the way the Maori see the world.  So, I spent a lot of time in New Zealand getting into the culture, making friends, going to ceremonies. I was really taken with it, it was amazing.” 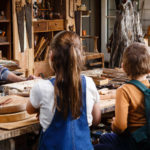 The small town of Tapanui (with a population below 1,000 people) was chosen to become Millhaven for Pete’s Dragon. Tapanui has quite the personality of its own: a popular fishing spot, local Pomahaka River boasts some of the biggest brown trout on the planet.

But perhaps one of the best parts of Tapanui is the kindness of the townspeople. “Tapanui in the South Island, I think was my favourite.  I loved going to that little town and the way the town welcomed us,” says Lowery. “They made us almost feel like honorary citizens for the month that we were there.”

Of course the relationship went both ways – in the month during the movie’s filming revenue the Forest Lodge Hotel’s revenue went up $100,000, and they claimed to have sold “more bottles of Moet & Chandon in one night than they would in a year”! 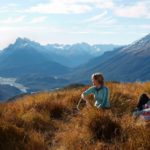 A town already popular for its tourism, Queenstown provided a special place for Elliot and Pete to connect. It’s at Queenstown’s Deer Park Heights where Pete watches Elliot fly in a breathtaking scene.

With incredibly beautiful and diverse scenery, Queenstown is just a reflection of the variety that made New Zealand perfect for Pete’s Dragon.

New Zealand is definitely good for Pete’s Dragon, but is Pete’s Dragon good for New Zealand? Rebecca Ingram, Tourism New Zealand’s General Manager of PR and Major Events, comments that film tourism can go beyond simple business. “It is one more way we can tell the story of our people and place, where people are warm and embracing and bring the movie experience to life. It also reinforces our message ‘Everything is close’ – with tourist activities set in and around film locations, play a starring role in the visitor experience.” Ingram’s statements bring to mind the importance of respecting a setting and its culture, especially one so ready to lend itself to the creation of famous films like Pete’s Dragon and The Hobbit.

You can appreciate New Zealand by watching Pete’s Dragon, and perhaps thinking about planning a trip to see the sights there for yourself! In the meantime, check out the video above to see a “dragon’s-eye” view of Pete’s Dragon‘s setting – it’s a great way to see New Zealand from the point of view of your favorite furry dragon.