Mermaids are some of folklore’s most famous figures – with the body of a human and the graceful tail of a fish, these creatures feature prominently in many fairy tales, including those created by Disney.

From Ariel’s kind, spunky nature, to the cunning of the mermaids in Pirates of the Caribbean, Disney has created all kinds of mermaid characters – and seems to be planning more on the way. Read on to see how these mythical sea creatures have been seen in Disney films and shows! 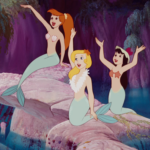 Some of the first Disney mermaids made their appearance in Disney’s 1953 classic Peter Pan. Living in the appropriately named Mermaid Lagoon, these mermaids are in love with Peter Pan. Of course, as a result, they’re also intensely jealous of Wendy – Oh My Disney even calls them the Mean Girls of Disney. 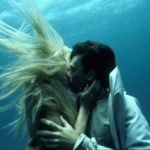 Splash is a 1980’s mermaid movie about a man named Allen (Tom Hanks) falling in love with a mermaid (Daryl Hannah). The movie was released under Disney’s Touchstone Picture’s label, which was geared towards more adult audiences – Splash, in fact, is rated PG for profanity and brief nudity, quite unlike Disney’s other mermaid media.

The movie spawned a T.V. sequel in Splash, Too that was aired on The Disney Sunday Movie. This sequel had almost none of the original cast, though mermaids do indeed remain the central theme. 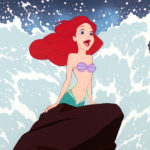 Oct 6-7; Special presentation on Oct. 6 at 7 p.m. with Christopher Daniel Barnes, who provided the voice of Prince Eric

Ariel is the most famous of all Disney mermaids – she is, after all, the only Disney mermaid to also be crowned a Disney Princess (so far). With a longing to explore beyond the shore, unending spunk, and killer red hair, Ariel is definitely one of the cooler mermaids on Disney’s list.

Pirates of the Caribbean: On Stranger Tides (2011) 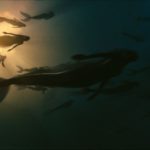 PIRATES OF THE CARIBBEAN: ON STRANGER TIDES Mermaids surround a longboat full of pirates from the Queen Anne’s RevengePhoto Courtesy of Industrial Light & Magic©Disney Enterprises, Inc. All Rights Reserved.. [http://pirates.wikia.com/wiki/Mermaid]

Mermaids leave the central Disney spotlight for more than 20 years before finally, Pirates of the Caribbean: On Stranger Tides puts them back on screen. This movie creates a very complicated relationship between mermaids and man – some see them as objects of capture, at other times they appear dangerous, but a few, like Syrena, appear kinder. These are perhaps the darkest and most adult of all the Disney mermaids. 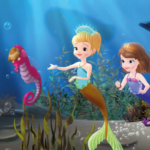 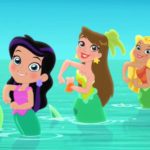 Many Disney Junior shows based on older mermaid-centric Disney media also creates toddler-friendly mermaids for younger audiences to enjoy. Sophia in Sophia the First, for example, meets not only Ariel but also other mermaids like Oona during her journey under the sea, and mermaids often help Jake in Jake and the Neverland Pirates (and are much nicer than their 1953 counterparts).

The Deep is Disney’s latest take on mermaids. Set to air on Freeform, this show will focus on a town called Bristol Cove and an ancient conflict between man and mermaids.

Hollywood Reporter reports: “The Deep is a very different show than one would expect when they hear the word ‘mermaid’ — the mermaid tale has been reinvented in this pilot,” Freeform Executive Vice President, Programming and Development Karey Burke said. “The writing is thrilling, stories complex and scary, and we are excited to explore the themes of obsession and violence through these amazing creatures.”

This new venture into the folklore of mermaids is sure to add to Disney’s already diverse list of mermaid characters. Keep an eye out for The Deep, set to begin production this September!