Dakota McKinnon previously took us through his initial thoughts on Shanghai Disneyland through the eyes of social media, but today he tells us more about what he thought of the park after going there himself.

What an achievement! According to Robert Iger, CEO of the Walt Disney Company, Shanghai Disneyland recently greeted its one millionth guest. Although that guest was not me, I am lucky to have been one of the first million people to step foot on the grounds of China’s Magic Kingdom.

My first impressions of Shanghai Disneyland said a lot; these were what I thought spoke strongest of the new park. However, after taking the near 6,500 mile trek to see this park in person, I need to do a double take.

Shanghai Disneyland and its surrounding resort are something else.

Its tremendous footprint sprawls nearly 225 acres. At the heart stands the 196-feet tall Enchanted Storybook Castle. At each limb of the park are highly immersive lands brimming with impressively advanced attractions and limitless details. And of course in the park, welcoming every guest with a flowerbed smile and a whisper of pixie dust, is Mickey Mouse.

Capturing the spirit of the Walt Disney Company’s masterfully crafted kingdom is impossible. Thousands of pictures, hundreds of videos, and long-winded initial remarks do not do this Goliath justice. Yet, I will try to do so… again. With a second wind (and because I enjoy a good list), here are what I believe to be the actual five strongest features of Shanghai Disneyland.

The moniker stands; Shanghai Disneyland is “authentically Disney, distinctly Chinese.” Iger’s coined phrase does not just tag the architecture, the signage, or the food of the park. It also encompasses how the park handles the people who visit.

The people of mainland China, especially in Shanghai, live hand-in-hand with government assistance. Without this assistance, a day at Disneyland would not be possible. In fact, without the Chinese government, a major owner of the resort, Shanghai Disneyland would not be possible. Everything is priced low enough, picnic areas are provided inside the park for families to enjoy their own food, and the safety of China’s people comes before the magic.

All of this is what keeps the magic of Disney thriving in this park. Nobody seems to pinch their pennies or disagree with park policy. Lines are tight enough to discourage cutting and sufficient security is present to halt possible scuffling and unnecessary public “relief.” Shanghai’s Metro subway line is the main form of transportation for most guests. although Shanghai Disneyland stays open until the last train departs, announcements are made to remind guests to be mindful of the the Metro’s schedule. Disney has made it a point to keep the Chinese people in mind and at heart. 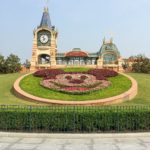 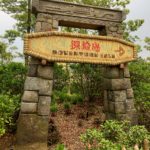 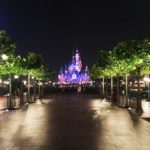 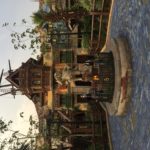 Two of the six distinct areas of Shanghai Disneyland are brand new, and the remaining four are oldies, but goodies rebuilt from scratch.

Treasure Cove, Disney’s first entirely Pirate-themed land, and Gardens of Imagination, Shanghai Disneyland’s hub that marries wonderment and magic with the tranquility of nature, brother with the worlds of yesterday, tomorrow, and fantasy. Mickey Avenue, a gambling, cartoony twist on Main Street, U.S.A., walks each guest down the expansive history of the Walt Disney Company’s visual portfolio. A sleek architectural beauty, Tomorrowland melds metal with light, water, and landscaping and dots it with attractions that speed, soar, and speak to eyes set on the future. Fantasyland no longer sits behind castle walls; fantastical facades now branch away from Enchanted Storybook Castle, freeing the storied landscape to evolve into different genres. The exotic bazaars of Adventureland transform into the land of the fabled Arbori people, Adventure Isle. Guests become one with nature by rafting, paddling, soaring, and scaling its beauty – haikuku! I made sure to pick up a Magic Passport during my visit to document my travels exploring each land!

Belle & Beast dance in a Voyage to the Crystal Grotto vignette 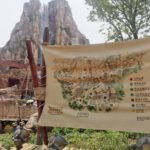 Map of Adventure Isle’s Camp Discovery and its Challenge Trails 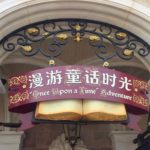 Gripping a lightcycle’s handlebars while careening through digital space is a unique sensation. Feeling fear strike as Davy Jones turns his tentacled face to yours – unforgettable. Surviving the legendary Q’aráq (pronounced KUH-ROK), the beast who tries to feast on daring Roaring Rapids rafters – jaw-dropping.

However, Shanghai Disneyland’s E-ticket rides are not the only attractions taking the front seat. Smaller thrills such as Buzz Lightyear Planet Rescue, a much needed update to the laser blasting dark ride, “Once Upon a Time” Adventure, a walkthrough attraction retelling the story of Snow White, and Voyage to the Crystal Grotto, a whimsical brew of Disneyland California’s Storybookland Canal Boats and “The World Famous” Jungle Cruise, stand strong and mighty as well. Even replicated rides (Seven Dwarves’ Mine Train, The Many Adventures of Winnie the Pooh, Dumbo: The Flying Elephant, Peter Pan’s Flight) are properly updated and placed appropriately to ensure the most enchanting experience.

Just when I thought my heart could not stand any more of the attraction adrenaline rush, I had to expose it to the longest Disney parade route, the cirque-style vine swinging acrobats of Tarzan: Call of the Jungle, the ear-bumping, light-showering Club Destin-E in Tomorrowland, the tornado sailing stunts of Eye of the Storm: Captain Jack’s Stunt Spectacular, and the grandeur seeping from the storylines of Golden Fairytale Fanfare and Ignite the Dream- A Nighttime Spectacular of Magic and Light. The newest addition to the Disney Parks family packs a walloping punch of attractions and entertainment! 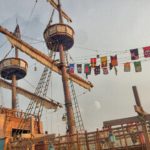 A shark dangles a pirate’s line in Treasure Cove 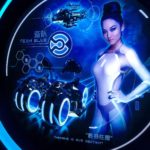 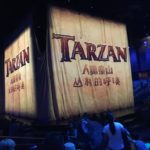 Projection awaiting viewers of Tarzan: Call of the Jungle 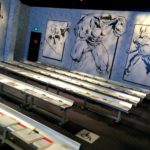 Let’s be honest- Disney does this better than anyone else. Being a part of the magic is an unbelievable touch, and Shanghai Disneyland does this impeccably.

Imagine trail guides leaving you to explore the billowing, slippery waterfalls of Apu Taku Mountain or testing your endurance on the rope courses of Camp Discovery. Imagine, while in line for TRON: Lightcycle Power Run, being asked if you are a winner or a loser by the Blue Team captain before syncing with your lightcycle. Imagine stepping into Remy’s Patisserie for a Mike Wazowski melon bread only to see Chef Remy’s shadow waving at you from above the pastry selection.

There is something special about walking side-by-side with Arbori drummers in Adventure Isle and hoisting the warning flags aboard the Siren’s Revenge in Treasure Cove. You can strum on water harps in Shipwreck Shore, test your kingly strength with Fantasyland’s Sword in the Stone, and learn to draw like a comic book artist at the Marvel Comic Academy in the Gardens of Imagination. Have you ever wanted to fish for a shark or learn some superhero moves from Big Hero 6’s Hiro and Baymax? In Shanghai Disneyland, you can!

At one point, I found myself begging a Mandarin-speaking swashbuckler from Eye of the Storm: Captain Jack’s Stunt Spectacular for a piece of the pirate’s gold just because I felt like I aided in Sparrow’s latest escape. Even when guests are helping Stitch escape Gantu at the end of Stitch Encounter in Tomorrowland or bouncing a beach ball from seat to seat while Olaf serenades “In Summer” during Frozen: A Sing-a-long Celebration, Shanghai Disneyland has everyone thinking that their visit to this Disney park is crafted for them. 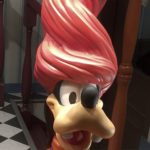 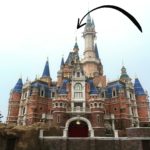 This flag on Enchanted Storybook Castle points towards Disneyland California 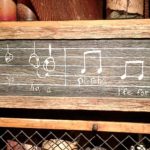 The pot and pan notes of Yoho! Yoho! A Pirate’s Life for Me! 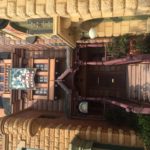 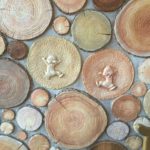 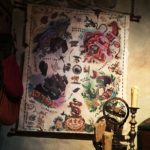 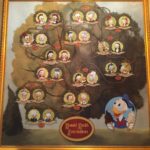 I previously listed these as the fourth most important thing about Shanghai Disneyland. WOAH, WAS I WRONG! The details of Shanghai Disneyland are its glittering gems; every speck of the park is dripping in them. From hidden Mickeys to themed signage to clever window displays, the little bits are the best bites. I could write an entire follow-up article on impressions of the detailing alone. However, I’ll limit myself with just a few of my favorites:

Shanghai Disneyland has been fully operational for two months and big plans are already in the works. Bob Iger announced in the third quarter Investor’s Call at the beginning of August that expansion construction was already underway. The TRON Realm Chevrolet Digital Challenge signs in Tomorrowland and the already installed Toy Story Land buildings near Fantasyland give clues as what is to come. However, just as the change between my first and second impressions show, something greater may also be on the way!

Who knows, though? Maybe with a future visit to Shanghai Disneyland, my afterthoughts my need a third take!