As August turned into September, Disney released a short clip of a Beauty and the Beast sneak peak, which revealed a few new aspects of the movie we were able to pick out and analyze. We’ve learned a few new things about Disney’s upcoming live-action movie, including: 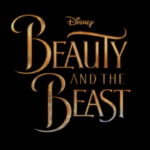 This marks the first time this logo has been seen in a trailer! It was previously only seen in the first official poster.

A bit more on the relationship between Belle and the Beast. 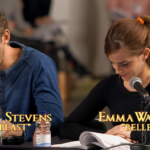 In the small dialogue included in the preview, we see Emma Watson as Belle and Dan Stevens as Beast during a table read. Their tone and their dialogue reveal a sassy Belle (not unlike the one Disney’s original cartoon) and a grumpy Beast discussing books – an important aspect of Beauty and the Beast. These lines, however, are absent from the 1991 version, implying that the movie might not be an exact replica of the cartoon version. These new lines, however, are still consistent with Belle and Beast’s characters, so perhaps the movie will do a good job translating the cartoon version live-action after all.

Technology is one reason the live-action movie is being made. 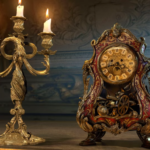 Says director Bill Condon in the short clip: “when something is so perfect, why get near it? The answer is technology has caught up to the ideas introduced in that movie.”

The advanced technology used in the film can already be seen in the images of Lumiere and Cogsworth, who look more realistic than their cartoon counterparts (we still haven’t seen what it looks like when they’re talking, though!)

The full sneak preview will be included on Beauty and the Beast’s 25th anniversary edition. 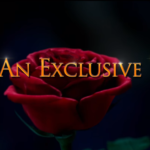 As if we needed any more reason to buy the Blu-Ray/DVD.