The audio-animatronic for Davy Jones exemplifies the latest in animatronics technology.

Whether on Small World or Pirates of the Caribbean, Audio-Animatronics are a staple across all classic Disney attractions. The first Audio-Animatronics premiered at the Enchanted Tiki Room, and some of the most advanced Audio-Animatronics were just unveiled at Shanghai Disney Resort and Epcot Park – it is interesting to trace how these robotics designed and created by Walt Disney Imagineering have evolved over the years. 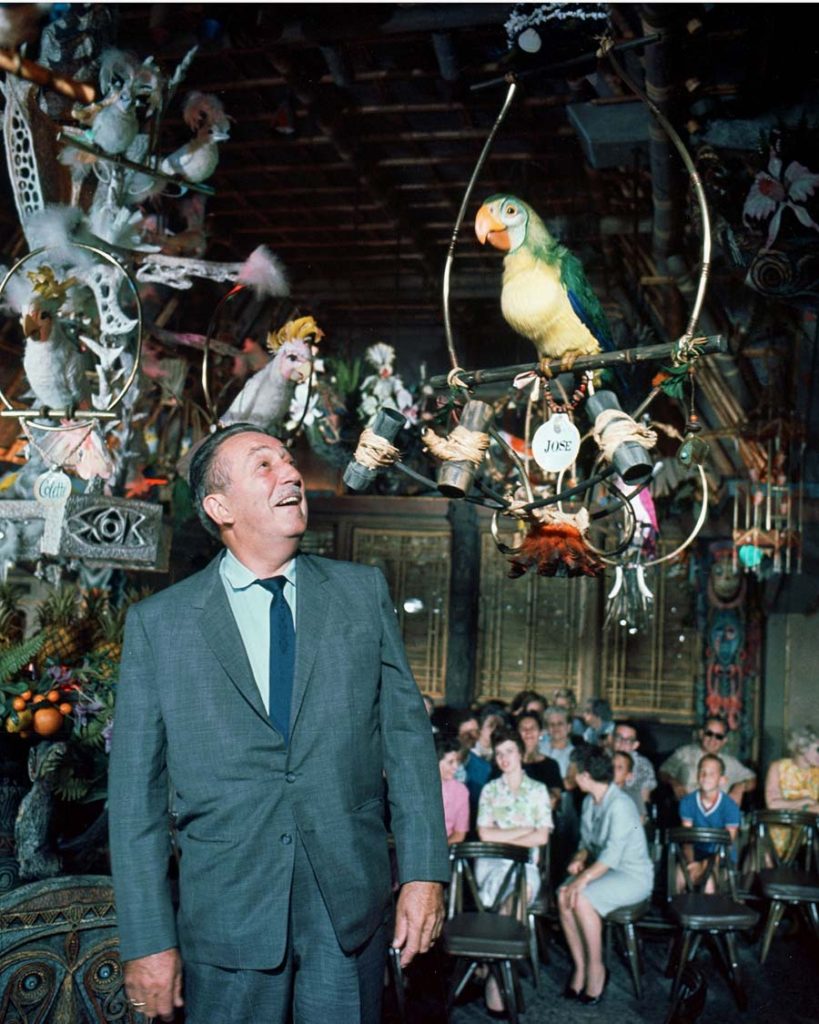 “It was a new way of bringing inanimate objects to life,” said Eric Boardman in a segment about Audio-Animatronics on Disney Channel.

In 1963, Walt Disney Imagineering created a new form of entertainment with the wild and exotic birds seen in the “Enchanted Tiki Room”. These colorful, singing macaws, parrots, and cockatoos marked the invention of Audio-Animatronics, which would later be found in classic attractions such as “It’s a Small World”, “Pirates of the Caribbean”, and “The Haunted Mansion”.

“Audio-animatronics was an idea of Walt to carry out the animation that he really started in cartoons and over time,  he became interested in taking that out of a two-dimensional form and moving it into a three-dimensional form,” said Marty Sklar, Walt Disney Imagineering, of this technology. The birds, tikis, and flowers in the “Enchanted Tiki Room” all came through life through tones on a magnetic tape that send electric impulses to various parts of the Animatronic. 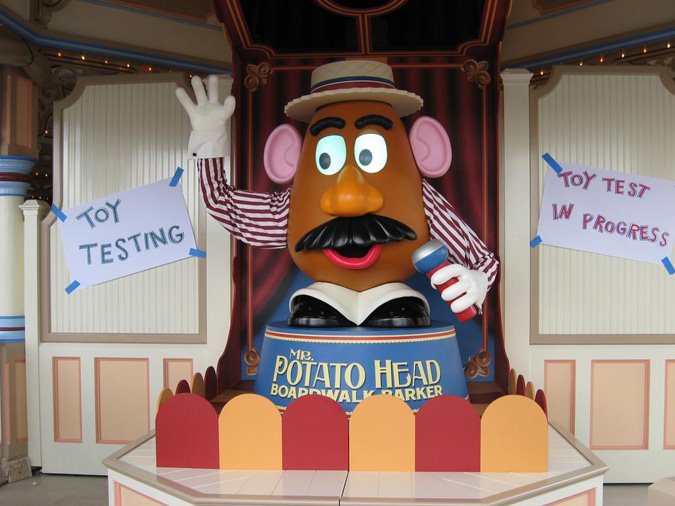 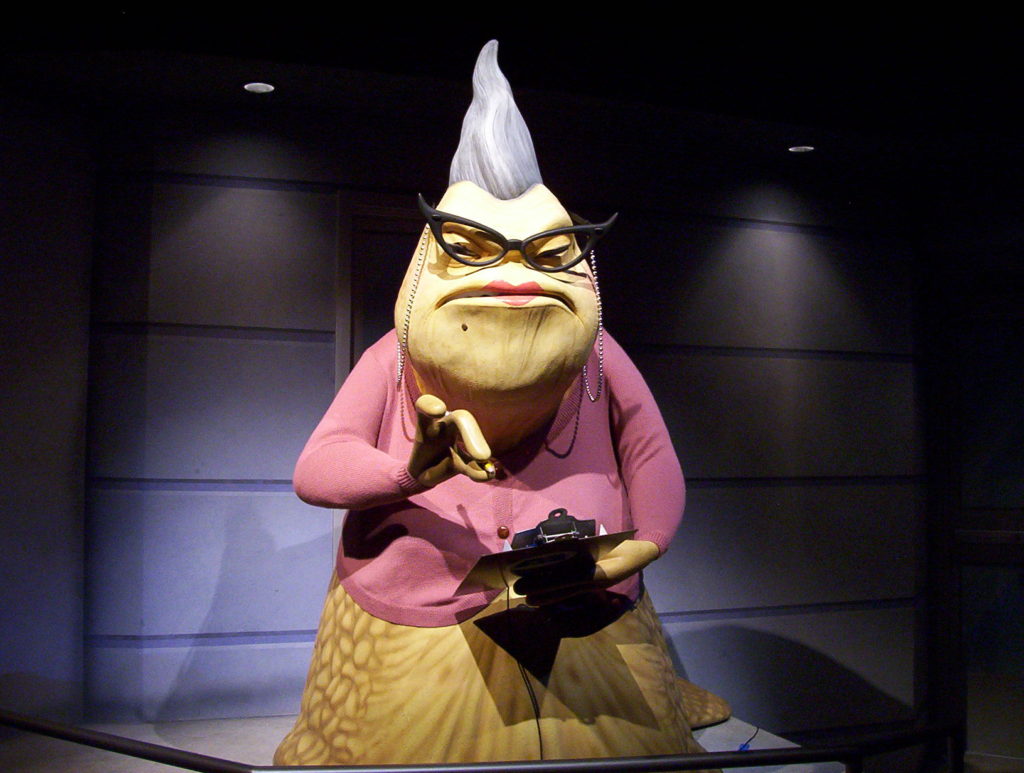 In 2008, “Toy Story Midway Mania” debuted at Disney California Adventure and added a toy spud in the queue to entertain guests in line. This Animatronic has over 20 minutes of dialogue, can move its lips to form words, and can even detach its ear. The ability to spout dialogue and interact with guests is not limited to Mr. Potato Head: since 2005 Roz in “Monsters Inc. Mike and Sulley to the Rescue!” talks to guests as they exit the ride vehicle, often mentioning something unique about them. 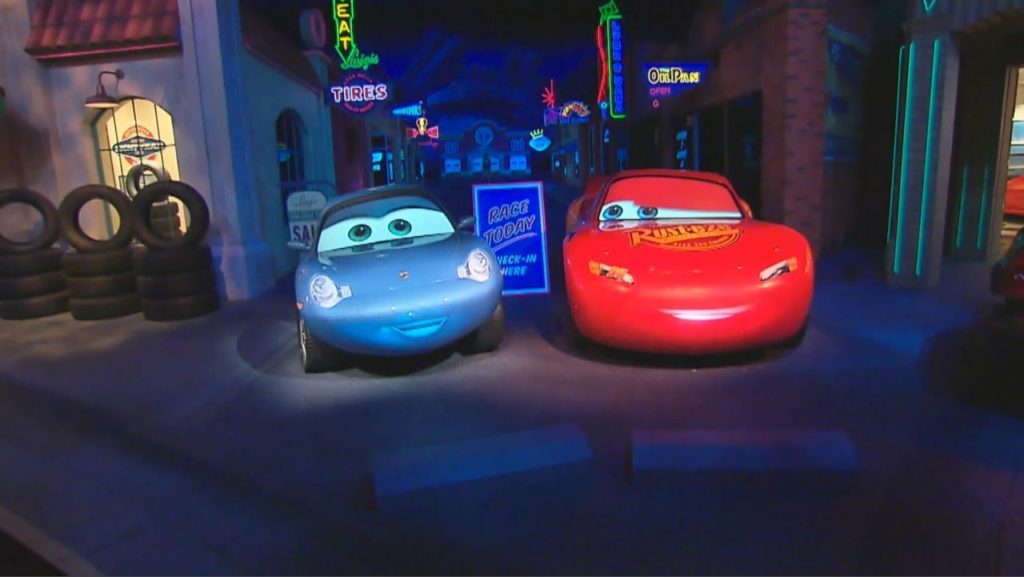 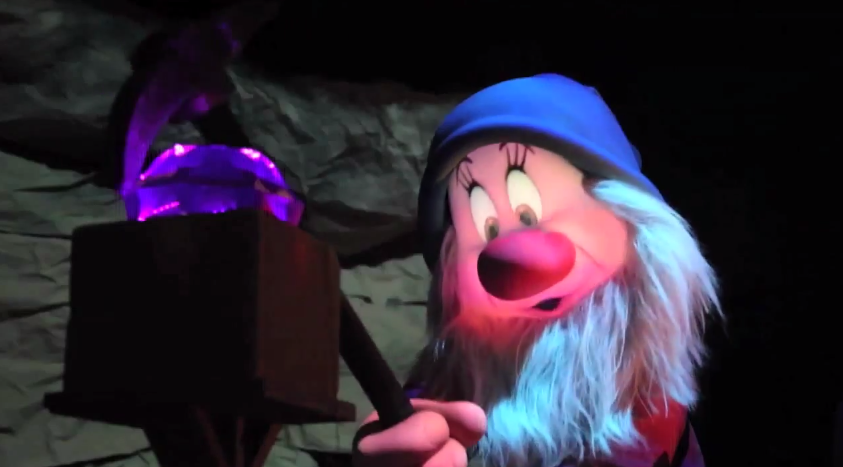 Projection technology has been capitalized at certain attractions like “Radiator Spring Racers”, “Seven Dwarfs Mine Train”, and “Buzz Lightyear Astro Blasters” to better portray distinct personalities and facial expressions. For instance, each dwarf in the “Seven Dwarfs Mine Train” was animated to reflect their unique personalities. With this technology, guests are truly immersed into these beloved stories with film-like, digital projections.

Better animation and range of movement

Perhaps one of the best examples of how this technology has evolved are the Animatronics that have debuted in 2016. Epcot’s “Frozen Ever After” ride features some of the most sophisticated Animatronics thus far. All of the Animatronics’ movements are so fluid and life-like, and with some cases like Elsa in the “Let it Go” sequence, extremely humanlike. It’s as if the animated characters jumped out of the screen and into the attraction.

Similarly in “Pirates of the Caribbean: Battle for the Sunken Treasure”, Davy Jones is animated to an extraordinary level of detail. The Animatronic fully swivels to turn to guests and each tentacle is individually animated. The video above playfully compares this Animatronic to its predecessors in Disneyland.

As seen in dark rides like “Pirates of the Caribbean: Battle for the Sunken Treasure” and “Frozen Ever After”, a combination of advanced and sophisticated Audio-Animatronics with projection mapping technology yields the best modern results. Classic elements, furthermore, aren’t forgotten: the new Pirates ride at Shanghai Disney Resort is an example of a happy medium between classic Audio-Animatronics that nod to classic attractions like the “Enchanted Tiki Room” while holding a candle to fully digital experiences.

Who knows where Audio-Animatronics will go from here? Technology at Disney parks is always rapidly advancing, so perhaps we’ll soon see even more technological innovations in some of our future favorite rides.