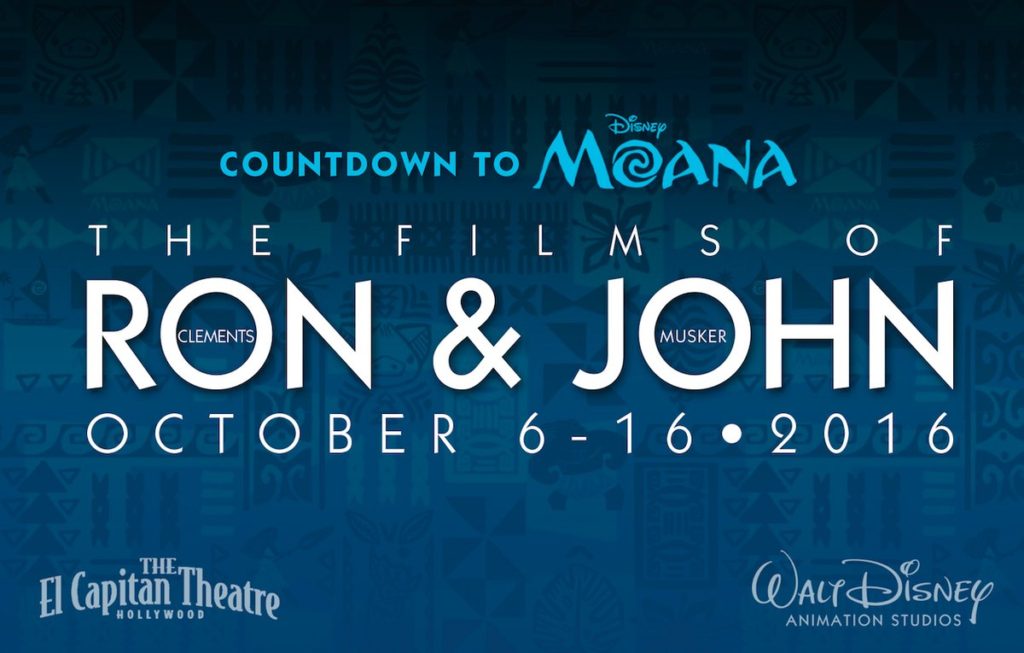 On select days from Oct. 6-16, Hollywood’s iconic movie palace – which celebrated its 90th anniversary this year – will celebrate the works of Clements and Musker and show six films from their repertoire. Each day will include showings at 10AM, 1PM, and 4PM with special 7PM showings featuring special guests who worked on the film. As an added treat, the first 50 guests in line for the 7PM showings will receive artwork from the film and get them autographed during meet-and-greets with the filmmakers.

Here is the official schedule for Countdown to Moana: The Films of Ron & John: 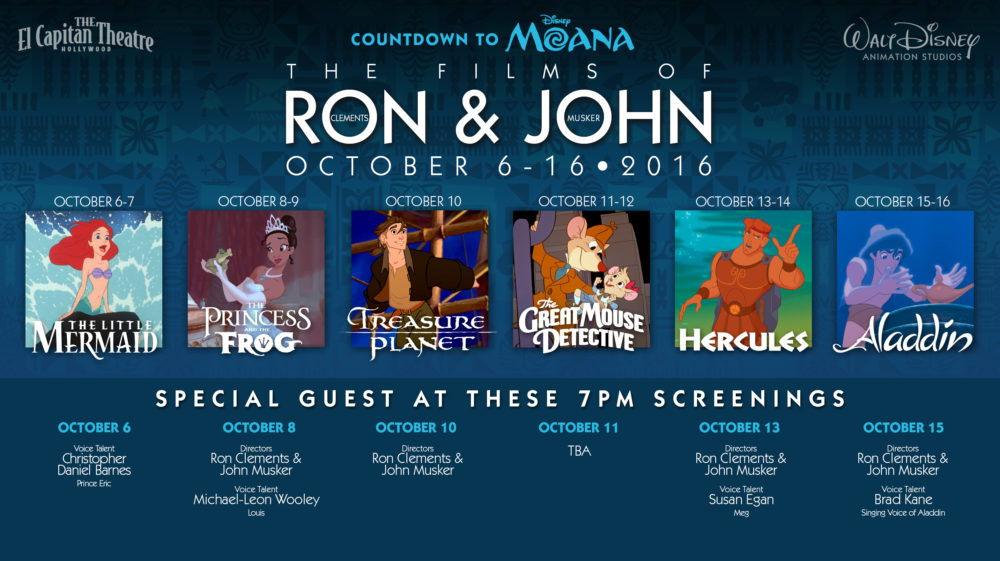 Guests can also purchase the VIP Preferred Animation Celebration Package to reserve a seat during all special 7PM screenings as well as guarantee an autographed piece of artwork.