The 2011 D23 Expo had to be one of the most memorable conventions.

It wasn’t that Disney was announcing anything as big as Star Wars Land, but there were just small moments that came together to make it memorable. One of those moments happened when Jodi Benson took the stage to accept her Disney Legends award.

“Praise God from Whom all blessings flow…” she said as she began her speech. “This is a gift that God has given me and its my ministry where I get to love on people.”

It was an incredible moment.

There on the stage was a person who has captured the hearts and minds of Disney fans, young and old, as a Disney princess, speaking of her faith and thankfulness to God for all that He had done for her.

It’s something that nobody had ever expected. Hollywood and faith have never really gotten along throughout history. If you work within the industry, it’s best that you keep any religious affiliation private should you want to keep your standing and job opportunities. But to Jodi Benson, that didn’t matter.

“I had nothing planned to say,” she told me in an exclusive phone interview just a few weeks ago. “I prayed to God not knowing what was about to happen.” What happened was her thankfulness to her fans and to her Heavenly Father above. 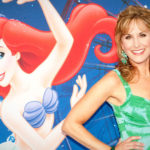 Benson’s thankful heart only developed after her faith was established when she was a child. She was raised a Catholic and went to church, but being a part of the Catholic faith and doing its practices weren’t why she found God.

“I remember going to the [Catholic] priest’s office when I was 11 or 12 and telling him that I don’t have to go to this box and tell you my sins, I can talk to Him directly,” she said. The priest told her to stop asking questions and then told my parents, but Benson was firm in her faith. “I just stifled that.”

Her convictions led her to be looked at and treated differently in school, which was run by the Catholic church. Yet Benson’s faith stayed strong and after graduating the 12th grade, at 18 years old, she made her full commitment to Christ. 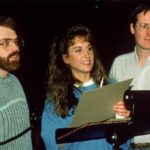 Her faith remained with her even as her career as a singer and an actress advanced.

When she was 22, she secured a role in a musical on Broadway led by Kenny Ortega (“High School Musical”). By 25, she caught the attention of other great Broadway creatives and got cast in “Smile,” a musical directed by Marvin Hamlisch with music by Howard Ashman.

Unfortuantely, “Smile” only less than 50 performances due to poor reviews, and panic ensued within the cast and creatives. At the same time of the closing, Ashman was already working with Disney on music for “Oliver & Company” and a secret project.

“He (Ashman) felt really bad for all the girls who were with ‘Smile’, so he had every single one of us audition for this project,” Benson said. “He really just wanted to get our minds off of the show closing.”

It was a year later, after what Benson called a “pity audition,” that she got a call and was told that she got the part. That part was for Ariel in Disney’s “The Little Mermaid”. 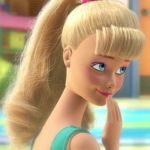 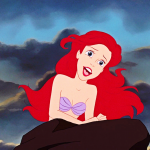 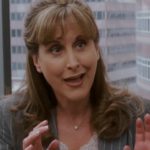 Looking back after nearly 30 years of playing roles in Disney films, like the mermaid princess, Sam in “Enchanted” and most recently as Barbie in Pixar’s “Toy Story” films, Benson believes that all these Disney roles and beyond are a part of her calling to bless people. “I say to the Lord, oh my gosh, this is such a ministry to me!”

She has used her earthly fame and talents in ministry towards those who are suffering illnesses by making hospital visits and doing things that only a Disney princess can do. “I did this voice message [as Ariel] for a young girl with Stage 4 cancer and her mom said she gets so much joy every time she plays it,” Benson said. “It’s something that you look at and say ‘Gosh Lord, you’re so creative in designing ways of how people can be touched.'”

Benson and her entire family, including her husband and their two kids, have surrendered their lives to God and His calling of blessing others as well. In an act of intentionally sharing the Gospel message and helping others, they recently traveled to Guatemala on a missions trip. Even in their everyday lives as part of their community in the suburbs of Atlanta, Georgia, they look to build the Kingdom of God and share His message of love with people on their street.

Benson continued, “Our daily prayer at breakfast is asking God to remind us how we can be Jesus with skin on no matter where we are.”

It’s something that she has instilled in her own two kids, and Benson’s dual role as a mother as well as a believer has come into play in her life, too. She shared that her kids were recently hurt in some personal dealings, but reminded them that they should still love the people who have wronged them. “They’ve loved hard and are hurting hard,” she said. “Jesus told us to love, and so we love because He loved even the people who rejected Him and mocked Him. We’re getting a little taste of that ourselves as a family.”

That unorthodox illustration is the perfect imagery of what Benson did when she accepted her Disney Legends award. None of the thousand people in that large room at the Anaheim Convention Center were expecting to hear Bible verses or references to God in a reverent context. They were expecting to hear Benson and her love for them, but that isn’t what happened.

Instead, we heard The Little Mermaid and her big faith. 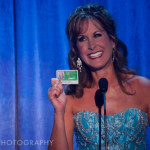 In the film, we heard Ariel sing of a longing to be part of someone else’s world. Yet in another way, those who heard Benson at the Expo heard the testimony of a person who has a longing for a heavenly world.

Benson shared that she had no recollection of what she had said on that stage until she watched a video of it a few months later, of which she said, “When I shared my life verse with everyone (John 15:5), I knew at that point it was the Holy Spirit speaking through me.”

“Obviously God needed to let people know that me being there had nothing to do with me,” Benson concluded. “I’m nothing apart from Him and this was all part of His plan.”

The next time you hear Benson’s voice in a movie or show or see her in person, remember her mission to bless and love you in response to God’s plan for her. It may just compel you to learn more about God and ultimately respond in the same way as part of this world.