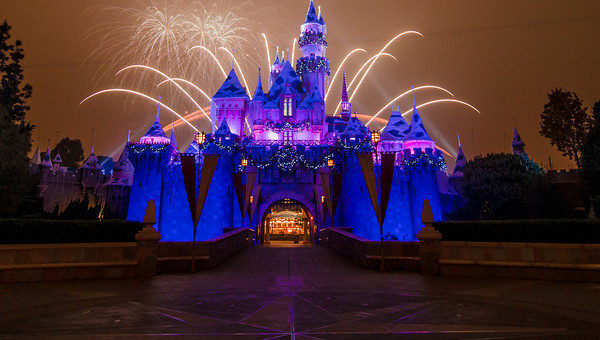 Earlier this week, Disneyland announced their holiday programming and made a lot of people happy doing so. Why? Because they announced that there WILL be fireworks this Christmas season!

Yes, the rumors of having the fireworks not being present due to the infrastructure change surrounding Star Wars Land have been squashed. “Believe… in Holiday Magic” will return over the skies at Disneyland, as well as Sleeping Beauty’s Winter Castle. Other holiday favorites also return for the season including “A Christmas Fantasy” parade, ‘it’s a small world’ Holiday, Haunted Mansion Holiday, and the Jingle Cruise.

Over at Disney California Adventure Park, the holiday magic continues with the an all-new World of Color show called Season of Light. Nearby, the Festival of Holidays will make its debut, which is a mini-holiday version of the popular Food & Wine Festival from earlier this year with holiday treats and goods available from different cultures around the world.

Be sure to stay connected with us on social media for the latest on all the holiday offerings this year when they debuted just a few days after the last day of Halloween Time on November 10!