Yes, and for good reason!

Beauty and the Beast went into the vault in 2012, and it wasn’t until four years later that we can finally see the film on shelves again. Four whole years of technological advancements means that the quality of this special 25th Anniversary Edition is top-notch.

If that’s not enough to tempt you, however, the Blu-Ray also contains a lot of wonderful features for Disney fans:

The Blu-Ray has not one, not two, but three different editions of the movie:

The Blu-Ray also has an incredible set of special features:

And if that’s not enough to convince you to get a copy, the Digital Copy opens up a huge library of features.

Bear in mind that these special features are only available on the Blu-Ray set – the DVD, which bears a beautiful edition of the film and is great for those who just want to watch it, doesn’t have any of these extras.

At just $25 at the Disney store (great, appropriate price) and just $23 at Target and Amazon, I’d say that this Blu-Ray/DVD/Digital set, with its different versions and amazing array of special features, is well worth the price.

You can get your very own set of Beauty and the Beast – available in stores and online now! 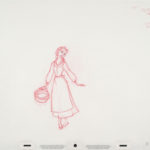 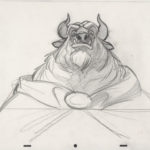