After years of progressively becoming more and more aware of how important it is to be open-minded, we’ve reached an important question: what does being open-minded even mean?

Defining open-mindedness is what Speechless is about. The pilot episode tells the story of the DiMeo family, made up of parents Maya (Minnie Driver) and Jimmy (John Ross Bowie) and their three kids Dylan (Kyla Kennedy), Ray (Mason Cook), and J.J. (Micah Fowler). The DiMeos move to a new, more “progressive” school with resources for J.J., who has cerebral palsy, and face challenges like new friends, sibling rivalries, and less-than-open minds. 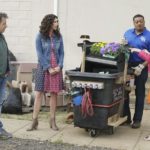 The show, addresses many issues relating to prejudice and disability – how, for example, should teachers treat a student with cerebral palsy? How do different people define “intolerance”? Can J.J. stand up for himself? (Hint: yes, he totally can).

What’s really awesome about this show, however, is how it addresses these issues in humorous, though not belittling, ways: the kindness of the school’s faculty is exaggerated to ridiculous proportions, Maya argues with Kenneth (Cedric Yarbrough), “the Black man in Newport,” about intolerance, and J.J. is not afraid to tell people off, even without the ability to speak. 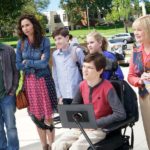 J.J., in fact, is quite a character in the show: while he can’t talk, he does communicate through others, and has some amazingly funny lines. By using a communication board and a laser pointer, J.J. makes other people say his own dialogue, often resulting in an even funnier delivery. The other characters are notable for having distinct personalities as well: Driver’s Maya is at times high-strung and opinionated, while Bowie as Jimmy is more silly and warm. Dylan, like her mother, is a brutally honest athlete, and Ray as a middle child struggles with getting his voice heard – and that’s just the DiMeo family. It’s quite a varied cast of characters, and their differences come together in very humorous ways. 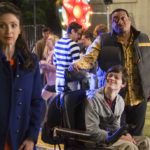 Speechless, however, isn’t just funny. The pilot does have its meaningful moments, and does not shy away from the real issues that result from cerebral palsy – how often the DiMeos move and how Maya divides her attention between her kids, for example. The show’s acknowledgement of these issues and integration of them into the plot of even just the pilot hints at really innovative, honest story telling as the show continues.

I really enjoyed the agency this show gave to every character. It’s almost as if this pilot episode was all about speaking up for yourself – whatever that might mean for you. Speechless has started off with a solid pilot, and If you’re looking for a show that takes a hard look at family, growing up, and open-mindedness, Speechless is the show for you.