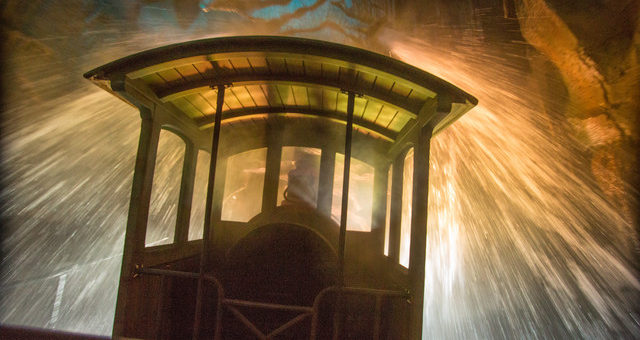 You’ll be able to find Validation of a Functional Pyelocalyceal Renal Model for the Evaluation of Renal Calculi Passage While Riding a Roller Coaster, by Marc A. Mitchell, DO and David D. Wartinger, DO, JD, in this October’s edition of The Journal of the American Osteopathic Association. In this insightful and delightfully scientific article, scientists explain how they tested the idea that roller coasters, specifically Big Thunder Mountain Railroad, can help patients pass kidney stones. While the article is worth a read it does have quite a bit of scientific jargon, so if you want the sparknotes version of what they found, read on: 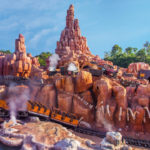 It all started with the acknowledgement that extreme events – like bungee jumping or riding roller coasters – can help pass renal calculi, or kidney stones. Some patients in particular claimed that they were more able to pass stones after riding Big Thunder Mountain Railroad at Walt Disney World, and one patient even reported passing stones after each of 3 consecutive rides.

So the scientists decided to test whether or not Big Thunder really can help you pass kidney stones.

To do this, they created models of a kidney and corresponding body parts with a kidney stone inside to mimic the behavior of real stones. They loaded these models inside padded backpacks and loaded them onto the ride, recording the position of the stone each time. 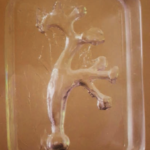 The clear model they used to view the stones’ movement. From http://jaoa.org/article.aspx?articleid=2557373

The analysis of 60 rides in total concluded that yes, riding Big Thunder at Walt Disney World can indeed help you pass kidney stones, though the size and placement of the stone would factor in to potential success.

While this discovery is no doubt stunning, the study does leave room for error and for further testing. This experiment, for example, confirmed that models could be used to mimic real kidneys and kidney stones, but in the end never used real bodies to test the hypothesis. The study also notes that other amusement park rides should also be studied “to determine the exact forces most likely to dislodge calyceal renal calculi.” 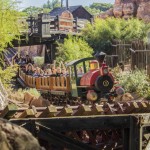 So next time you’re at Walt Disney World, you can ride Big Thunder knowing that the ride can help cure you of some unwanted diseases. If you’re a Disneyland goer, you can try to see how the California version of Big Thunder stacks up against its Florida counterpart in terms of kidney stone passing – we’re looking forward to seeing where this scientific study goes from here.