Aside from creating their own products, Disney does a lot of business with other companies to create products with the Disney library of IP. That multi-million dollar business has created things like Cars toy cars to Doc McStuffins play sets.

One of the most popular products have been apparel and Disney’s most recent collaboration shows that level of popularity in full. We’re talking about the Disney x Vans line of products.

They first started with Vans shoes and accessories that had the traditional fare of Mickey, Minnie, Donald, and the rest of the Fab 5 Disney characters. Due to the immense popularity of that line, Vans has just released even more products that now feature Disney’s franchises, namely Pixar’s Toy Story.

Take a look at some of these Toy Story-inspired shoes they just debuted! They are incredibly detailed, including Andy’s name on the bottom of Buzz and Woody’s shoes. They also come in a special Toy Story branded box. 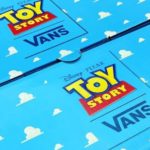 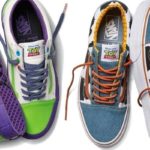 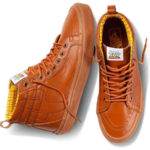 It’s not too early to add them your Christmas wish list. Vans hasn’t announced a release date, but it’s rumored that the shoes will go on sale in the U.S. starting October 7 in stores and online.

We can’t wait to see what other Vans products will debut next. Anybody want a Marvel line?