Last Friday, Alan Menken shared a night of music, stories, and laughs with an audience in A Whole New World With Alan Menken at the Segerstrom Center for the Arts.

The show was only set for one night, but don’t worry if you weren’t able to attend – we wrote down some of the most surprising facts, just for you.

Menken went to NYU, but was first entered through their premed program.

His family, after all, is full of dentists! But Menken went on to switch to musicology, and attributes the future development of his talents at BMI Workship.

The first show he ever produced was Kurt Vonnegut’s God Bless You, Mr. Rosewater, in partnership with Howard Ashman.

This was the beginning of a long and meaningful friendship between Ashman and Menken. 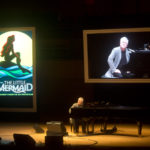 He recalls watching movies like Snow White with his children, and how they acted as a sort of escape for him even before he was writing for the company.

Menken and Ashman actually began working on Aladdin (1992) before Beauty and the Beast (1991).

The first animated song Menken wrote without Ashman was A Whole New World.

After Ashman’s death Meknen went on to work with other great lyricists like Tim Rice and Stephen Schwartz, but his relationship with Ashman was always special. He even dedicated his last song of the concert to him. 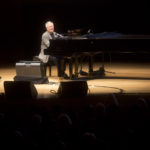 Menken asking Schwartz for help on Pocahontas actually pulled Schwartz back from going back to school – and majoring in psychology.

“Will the Sun Ever Shine Again” from Home on the Range was written partially in response to 9/11.

Menken explained that many musicians were turning to music to deal with the aftermath of this event.

“Star Spangled Man” in Captain America: The First Avenger was written by Menken.

No wonder it sounds very close to another Menken classic, “Watch What Happens” from Newsies. 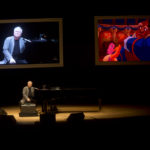 Menken once had three shows on Broadway playing simultaneously.

The three shows were Sister Act, Newsies, and Leap of Faith.

Menken helped work on the songs for Beauty and the Beast (2017) – and they sound promising!

He played a small sample of a new song for the movie and it was very compelling. It was about the resilience and timelessness of love which, actually, is a recurring theme in many of his compositions.

Alan Menken’s work defined movie music for the past few years, but he’s not done creating yet! Be sure to see his latest work in A Bronx Tale on Broadway, and his newest Disney work in Beauty and the Beast on March 17, 2017.